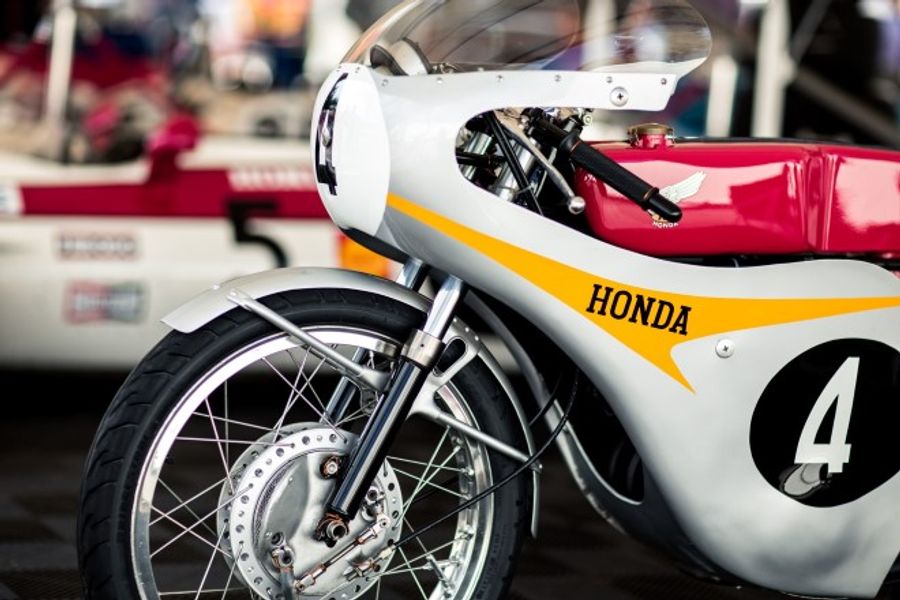 One of the most successful marques in motorcycle racing history will be honoured at the Goodwood Festival of Speed presented by Mastercard on 4-7 July, celebrating 60 years since Honda first entered the Isle of Man TT.

An entire class of motorcycles will take to the Hill that will tell the full story of the Japanese manufacturer’s two-wheeled competition history, with bikes ranging from its 1959 TT entry right up to last year’s World Championship-winning steed of Marc Marquez.

Legendary Honda champions will also be in action at Goodwood, including 1999 500cc World Champion Mick Doohan and two-time MotoGP World Champion Casey Stoner, who took Repsol Honda to glory in 2011.

Other riders representing Honda’s achievements will include John McGuinness, 16 times a winner on Honda machinery, who will be on hand to show the bike that took him to the first ever 130mph lap around the TT course.

Ian Hutchinson, who remains the only person to score five wins in a single week, will be reunited with his 2010 Senior TT-winning Honda CBR1000RR of Padgetts Racing. While not a factory squad, Padgetts have enjoyed a long relationship with Honda, and will also put its latest Superbike up the hill with Manxman Conor Cummins in the saddle.

Moving from two wheels to three, current TT lap record holders, and winners on Monday evening, the Birchall brothers will return to the Festival of Speed with their Honda-powered LCR sidecar outfit.

Alongside the celebration of Honda and in line with the Festival of Speed’s theme of ‘Speed Kings – Motorsport’s Record Breakers’ will be a plethora of record-breaking bikes, from 1920s Brooklands monsters right up to the modern era, with the latest Grand Prix and TT bikes in action. Perfectly fitting in to this theme will be the most successful rider in Grand Prix history, Giacomo Agostini (below), who will once take an MV Agusta up the Hill.