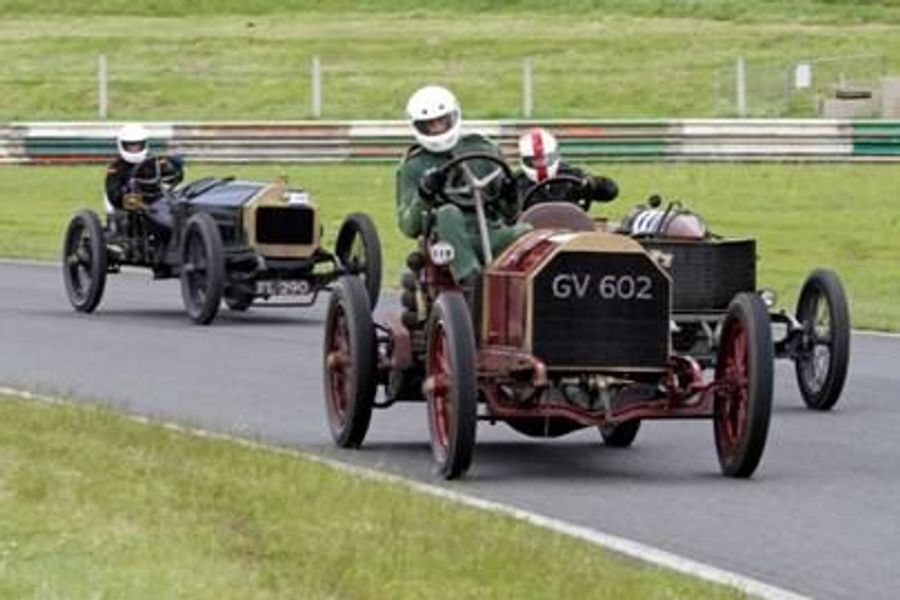 The VSCC return to Mallory Park after a year's absence on Saturday 22nd of August for their annual Bob Gerard Memorial Trophy Race Meeting. The meeting will have a strong Edwardian theme, with a highlight being the Edwardian Handicap Race – the only one of its kind anywhere in the world – which will feature a capacity grid of quality pre-1918 machinery.

Further to the track action, there will also be a fantastic Edwardian Display in the Paddock, supported by our Principal Associates, Bonhams and a parade of some other special cars of the era. The handicap event will be part of a stunning 12-race programme, boasting all the usual VSCC races for vintage, historic racing and sports-cars.

The day’s title race will honour the local motoring hero, with the event for pre-1961 racing cars attracting the very finest pre-war and historic cars, including representatives from ERA, Riley and Cooper Bristol – manufacturers with which Bob Gerard was so closely associated – alongside other examples of prestigious marques, such as Bugatti, Alta and Connaught.

In addition to the Club’s traditional ‘Sets’, the Burghley Trophy for Austin 7s will also form part of one of the day’s short handicap features, whilst there will also be races for F3 (500) Racing Cars and the annual John Taylor Memorial Trophy for front-engined Formula Juniors, plus a grid for the Triple M Register – the name deriving from the MG Midget, Magna and Magnette cars built from 1929 to 1936.

With its amphitheatre-esque setting, Mallory Park offers some of the best spectator viewing in the UK, with many elevated areas from which you can enjoy the action outdoors or from the comfort of your own vehicle.  Once again, those arriving in pre-war cars are encouraged to gather in the dedicated parking area above the Devil’s Elbow parallel to the start/finish straight whilst spectators can also follow the access roads around the edge of the circuit and park up right down to the famous Gerard’s Bend.

As at all VSCC events, entry to the Competitor Paddock is free but can only be accessed on foot via the bridge over the start/finish straight; here you can get up close to the competing machinery and speak to the drivers, and also explore the trade stands and autojumble.