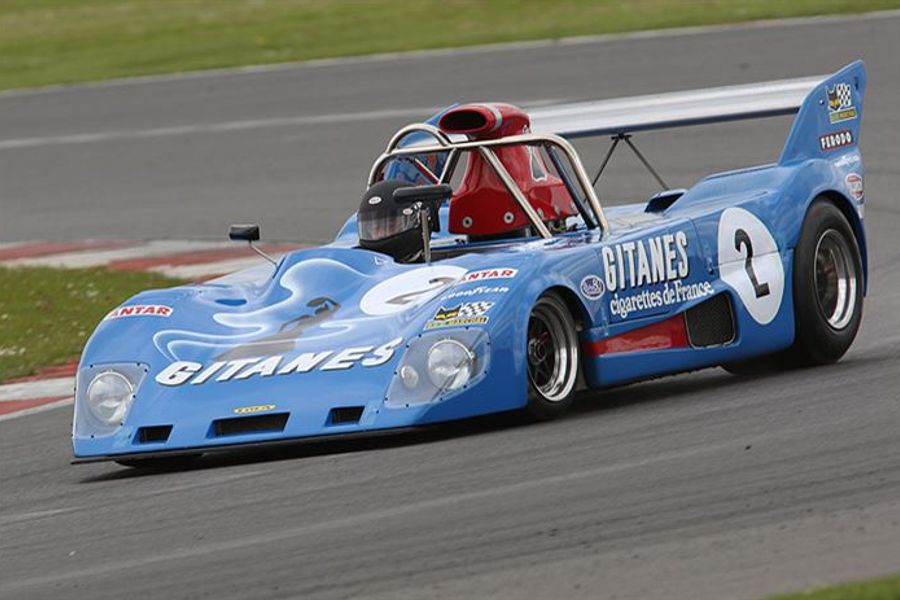 Competitors from the Historic Sports Car Club will be in action at both Dijon-Prenois and Castle Combe this weekend (3rd and 4th of October). The annual Motors Cup at Dijon features the final two rounds of the HSCC Historic Formula 2 FIA International Series and it is local racer Robert Simac who is best placed to claim the title for a third time running. Robert only needs to finish the first race in his March 712M to claim the title after another outstanding season on a very modest budget. Should Simac falter, Northern Irishman Darwin Smith (March 722) could steal the title with two wins at the fabulous French track. However, regardless of the championship situation, Smith is likely to set the overall pace against quality opposition including Matthew Watts (March 772P), Steve Allen (March 782), Hans Peter (Ralt RT1), Mark Dwyer (March 742) and Mark Piercy (Lola T360). Ranged against Simac in the class for the earlier 1600cc F2 cars are series regulars Tim Barrington (Lola T240) and Paul Bason (March 712) as well Australian visitor Martin Bullock (Chevron B17C) and it was Bullock who ran Simac very close at Brands Hatch in July. Also on the Dijon programme is the final event of the season for the new Pre ’80 Endurance Series, which is run by the HSCC in partnership with Flavien and Vanessa Marcais. Pre ’80 Endurance incorporates the former Martini Trophy and is open to sports-racing, GT and Touring Cars of a type that competed in international races up to the end of 1979. There is also a class for pre ’85 Sports 2000s. The Dijon event is the last of three rounds for the debut season and the series has proved to be an immediate success. Eighteen cars will make the trip to Dijon to join another 12 similar cars in the 200km of Dijon, which will be run as two 40-minute parts. Heading the Pre ’80 field are the fabulous DFV-powered Lolas of Michele Liguori and Leo Voyazides/Simon Hadfield, while other leading entries include John Burton (Chevron B26), Manfredo Rossi (Porsche 935), Paul Ingram/Chris Chiles (Chevron B8) and Hans Huebner (Porsche 934). In Wiltshire, the annual Castle Combe Autumn Classic on Saturday features the penultimate round of the Silverline Historic Formula Junior Championship, which has an excellent 26-strong entry headed by Westie Mitchell’s ex-Regazzoni De Tomaso. Champion elect Andrew Tart (Bond) heads the front-engined cars, while Andrew Hibberd (Lotus 22) is currently the top scorer in the rear-engined classes. New to the event is an HSCC race for Pre ’66 Touring Cars, named in memory of local hero Terry Sanger. Chris Clarkson (Fold Falcon) carries local hopes of overall success but faces a range of challengers including Chris Sanders (Lotus Cortina), Les Ely (BMW 1800), Roger Godfrey (Mini Cooper) and newly crowned Historic Touring Car champion Simon Benoy (Hillman Imp).

This Weekend: Oulton Park and Dijon-Prenois