Crucial Stage for Championships as the HSCC Visits Brands Hatch 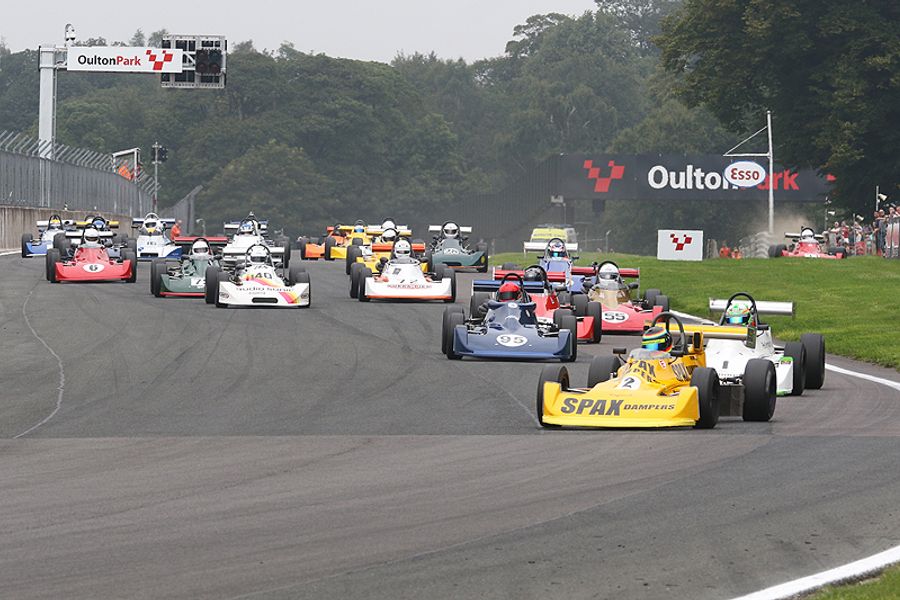 The Historic Sports Car Club’s season switches to the Brands Hatch Indy circuit on Saturday (21st September) with double-headers for five championships and the prospect of at least one title being settled.

Cameron Jackson will go to Brands Hatch ready to retain his Historic Formula Ford title. Jackson needs only two fourth places to settle the matter after scoring 10 wins from 11 starts to date. If he is confirmed as 2019 champion, it will be the first HFF title for the Winkelmann marque, the US branding for the UK-built Palliser.

On paper, two fourth places is not a major task for the season pacesetter but there are plenty of rivals including the Speedsport Merlyns of Pierre Livingston and Ben Tusting. Former race winner Simon Toyne makes a welcome return in his Lola T200, while Clive Richards, Danny Stanzl, Rob Smith, Ted Pearson and Linton Stutley are all contenders.

Andrew Park will make the long haul from West Cumbria in a bid to make it four Historic Formula Ford 2000 Championship titles on the bounce. After a nightmare weekend at Oulton Park a month ago, Park is six points down on Jason Redding but should be the man to beat at Brands and two strong finishes will set up a title decider at Silverstone next month. Andrew Storer and Ian Pearson are waiting in the wings should Redding and Park have problems, while former champion Nelson Rowe rejoins the grid and will be right on the pace in another strong field.

Current Classic Formula 3 Championship leader Adrian Langridge was a late entry for Brands after his March 803 needed an engine rebuild. With four rounds to run, Langridge has a handy lead over the Ralt RT3s of David Thorburn and Steve Maxted. Two podiums at Brands could be enough for Langridge to be crowned champion, although the extra point for fastest lap may be important. If Langridge can win both races, he will certainly be champion.

The concurrent URS Classic Formula Ford 2000 Series is topped by Steve Collier and Ben Stiles and young Stiles will be aiming to set the pace on a track where his father Trevor enjoyed many Formula Ford successes.

Two races for the 70s Road Sports Championship will be central to how the championship season plays out as defending champion Jeremy Clark (Lotus Elan) starts the day with a two-point lead over Adam Bagnall (Jaguar E-type). Derbyshire-based Bagnall is one of the few competitors who still drive their car to the circuit and he duly earns an extra two points at each meeting. Though not in the title chase, former champion Charles Barter (Datsun 240Z) could be the major rival to Clark in overall terms.

An excellent field of period touring cars will contest two rounds of the HSCC Historic Touring Car Championship for pre ’66 cars, which is heading for a nail-biting conclusion over two races at Brands and two races at the Silverstone Finals meeting in October.

Bob Bullen (Ford Anglia) and Roger Stanford (Lotus Cortina) are level on 57 points going to Brands and with no dropped scores to consider, it is a straight race to the title. To date, they are even level in tie-break terms as each driver has taken five class maximums and two six-point scores so it is everything to play for. Richard Belcher’s Cortina has frequently set the pace, but a lack of class rivals has hurt his scoring potential. Excellent news for the series is that seven Minis are entered alongside Ford Anglias, Hillman Imps and even a Volvo Amazon.

The final pair of races is dedicated to the Ford Escort and follows on from the successful races a year ago to mark 50 years of the Escort Mk1. Mark Freemantle and Stephen Primett were the leading finishers from 2018 who are back again this time around.

Qualifying starts at 9am on Saturday, followed by the first of 12 races at 11.35am.