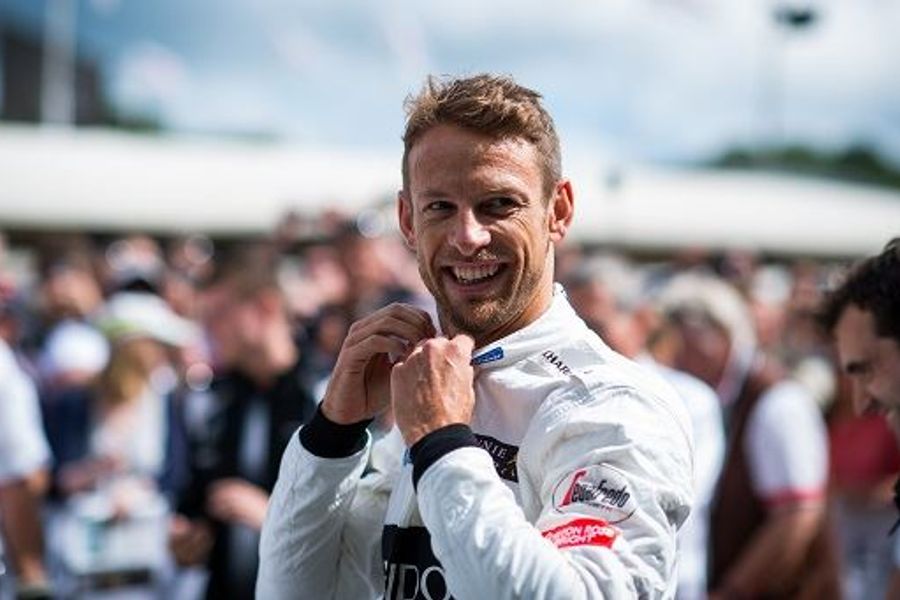 Jenson Button will make his Goodwood Motor Circuit debut as he joins the JD Classics team at the Revival Meeting on 7th-9th September.

The 2009 Formula 1 World Champion will get behind the wheel of one of JD Classics’ entries at the Goodwood Revival, the details of which will be confirmed in due course. Cars entered by JD Classics in the past have included a Ford GT40, Jaguar E-type Lightweight and a Cooper T33.

Boasting 306 Grand Prix starts, joint second on the all-time start list with Michael Schumacher, Button is one of the most experienced F1 drivers of all time, competing with Williams, Benetton, Renault, BAR, Honda, Brawn and McLaren. He also gained the record of ‘youngest ever points scorer’ in only his second start at the 2000 Brazilian Grand Prix with Williams. The record stood for seven years, before being taken by Sebastian Vettel at the 2007 United States Grand Prix.

Although the Revival will be Button’s first appearance at the Goodwood Motor Circuit, he is no stranger to the Goodwood Estate. Having first come to the Festival of Speed with Williams in 2000, Button quickly became a regular at the Festival, driving legendary cars including the McLaren MP4/2, MP4/6 and M8D, Mercedes-Benz W25, Honda RA301, and the Renault Type K Paris-Vienna.

The Revival will be Button’s second appearance for JD Classics, having also signed up to race with the historic racing experts at the Le Mans Classic in the JD-prepared, ex-Tom Walkinshaw Racing XJR-9.

Tracey Greaves, Chief Commercial Officer, Goodwood, said, “We are absolutely delighted Jenson will be taking to the track at the Revival with our partners JD Classics this September. Jenson has been a great supporter of Goodwood for many years so it’s brilliant he can be here to celebrate classic racing at the Revival. We’re all very much looking forward to watching him in action.”

Derek Hood, JD Classics founder, said: “It’s an absolute pleasure for us to have Jenson racing with us twice this season. I know the talented engineers working in our race shop in Maldon are some of the best in the world so Jenson will have all the technical support he needs. We’re proud sponsors of both the Le Mans Classic and the Goodwood Revival because we believe they deliver some of the best historic motorsport action on the calendar – having Jenson racing at both just goes to show why.”