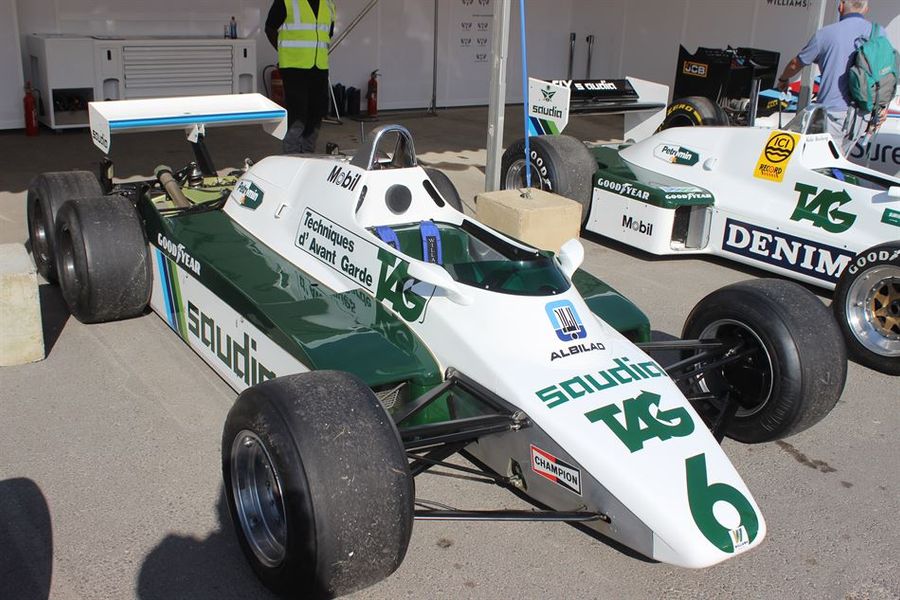 Five-time Le Mans 24 Hours victor Emanuele Pirro has been confirmed to drive the Williams-Ford FW08B at this week’s Goodwood Festival of Speed on 12-15 July. Pirro, who drove the FW08B at last year’s Festival of Speed, will be reunited with Williams’ six-wheeler when he takes to the hill on Saturday afternoon and Sunday morning.

Last month, Williams Heritage confirmed Karun Chandhok will drive the Williams-BMW FW26 at this year’s Festival of Speed, which celebrates its Silver Jubilee anniversary, with the FW08B originally intended for static display.

The FW08B is a six-wheeled race car based on the FW08 designed by Sir Patrick Head and Frank Dernie. The car has four driven wheels at the rear, with two undriven wheels at the front. Powered by a Ford DFV engine, the car looked promising during testing in 1982, but the FIA banned the technology in 1983 before the car was ever raced.

Jonathan Williams commented: “I’m thrilled to see this unique race car take to Goodwood hill once again. The car and the technology behind it isn’t something you get to see every day, and naturally it drew a lot of attention at the various events we attended last year.

“I’m pleased to see both the FW08B and the FW26, which Karun will drive, play a part in Goodwood’s anniversary celebrations this year. The event serves to be a real treat for us, and fans alike.”