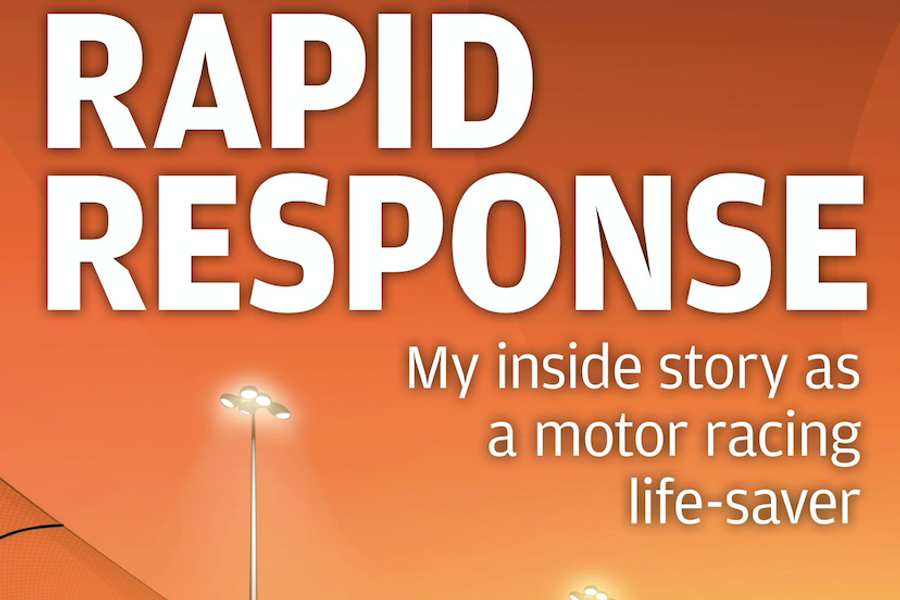 Many motor racing books detail the racing life of the author in just those terms…the racing life. Too often a book which promises much, simply ends up as a list of race reports. Not this book. With this tome each chapter is about an accident, usually serious.

Dr. Stephen Olvey attended his first race at 11-years-old but it was after he qualified as a doctor when this book gets into its stride. We like the format of very short chapters because, let’s face it, the unremitting carnage could be a bit much if taken in a long session. Having said that, this is a gripping read, on the basis that you know what you are getting into before you start.

They always say that you shouldn’t judge a book by its cover and that is very true here, the cover artwork gives no feeling for what’s inside, maybe deliberately, but gives an amateurish feel to the book which it certainly does not deserve. The original U.S. version of the book had a far more gritty picture of Alex Zanardi’s accident on the cover but perhaps this has been toned down for a mainstream audience. Inside there are several graphic pictures of accidents which Dr Olvey has seen and attended to the hapless drivers, published not in a ghoulish way but almost as illustrations in a textbook. We make no apology for including some of these in our review, it is the subject matter of the book, after all. 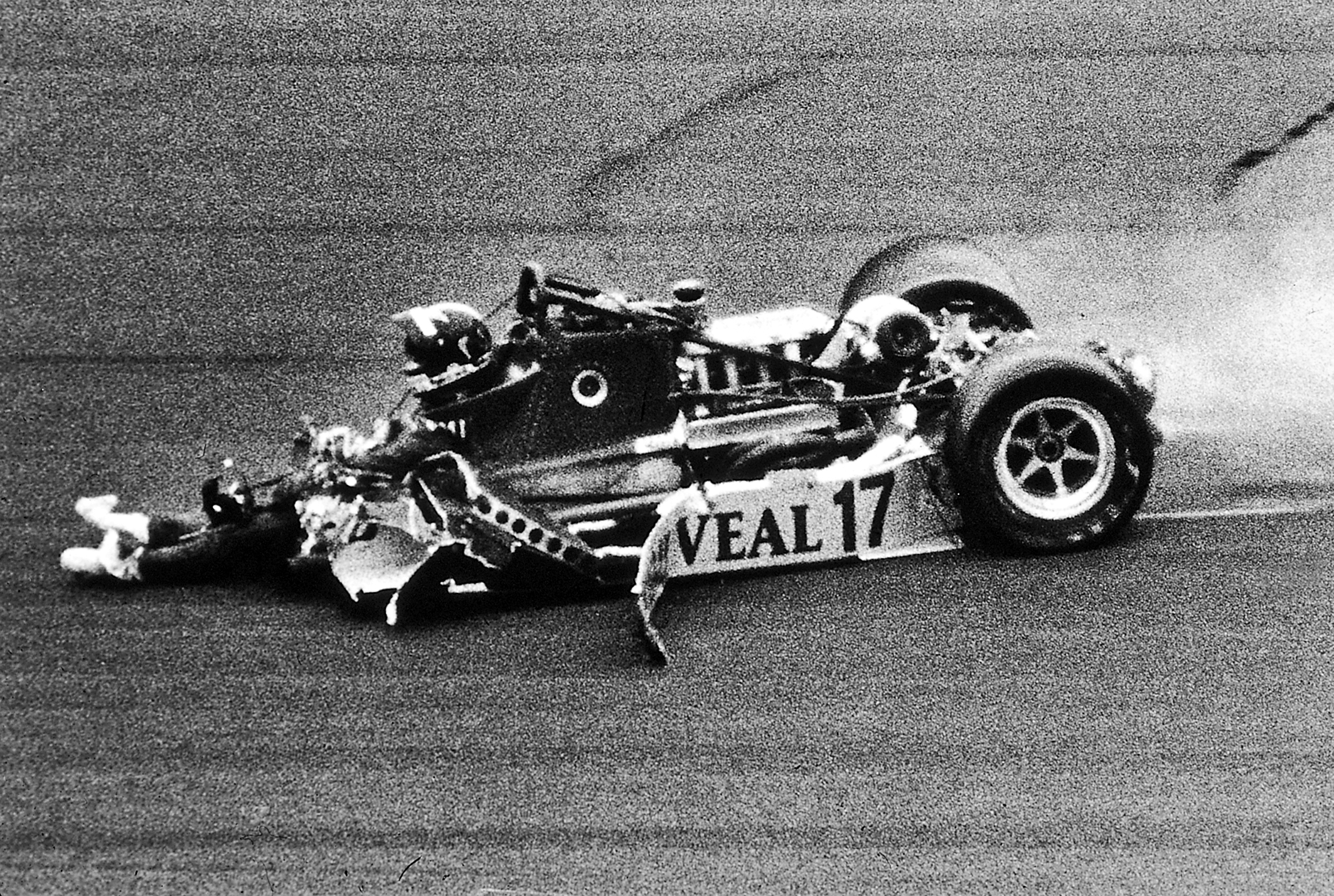 None of this takes away the fact that Stephen Olvey is an excellent writer and treads the line between sentimentality and mawkishness extremely well. This is a book for people who know the sport and the dangers it brings and it fills in many of the gaps which mainstream publications were either not able, or not informed enough, to publish at the times of the accident.

The book starts with one of the most well-known oval racing accidents of recent history; Alex Zanardi at Lausitzring in 2001. Dr Olvey and his colleague Terry Trammell were centrally involved in the medical decisions which saved the Italian’s life, there is no glory seeking or even a hint of “if it wasn’t for me he would not have survived”. Far from it, the book is written with humility and from the point of view of a fan who is happy to be part of the grand event and to use his talents for the good of others. 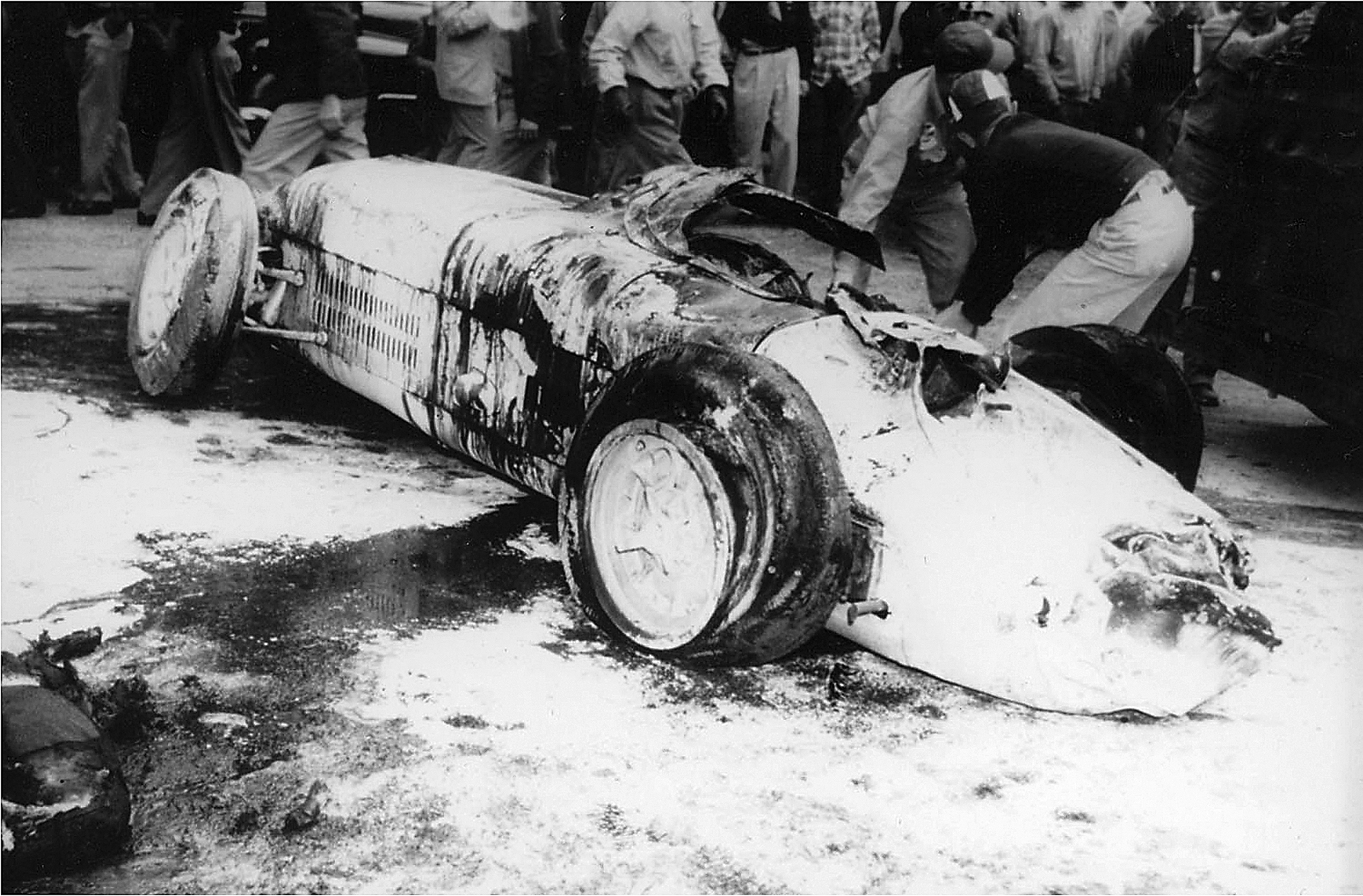 Dr. Olvey attended his first race, the 1955 Indianapolis 500, at the impressionable age of 11, and saw his favourite driver, Bill Vukovich, killed in a fiery crash while leading. He began working at the famous Indianapolis Motor Speedway while attending medical school, making his first professional appearance there in 1966, when his first on-track rescue involved Graham Hill in his ‘rookie’ year.

Olvey explains how he set up the first stateside travelling medical team, giving a consistency and reliability not seen before. He also made sure that all medical requirements were in place before the ‘circus’ arrived in town.

There are insights into drivers’ personalities too; AJ Foyt destroying a cooler left at the back of his pit with a large tyre lever simply because it was green and deemed unlucky. The comments about Nigel Mansell’s playing to the audience by his ‘exhaustion’ after a race, whilst team mate Mario Andretti, having driven the same race at a similar pace, was as fresh as a daisy.

This book was first released in 2006 and hence does not examine more recent occurrences and only deals with Indycars (under a variety of championship names) but is nonetheless a fascinating insight into some of the work that goes on behind the scenes and the ways in which people like Dr Stephen Olvey has made our sport safer. For anyone who likes to peek behind the curtain, this is a great read.