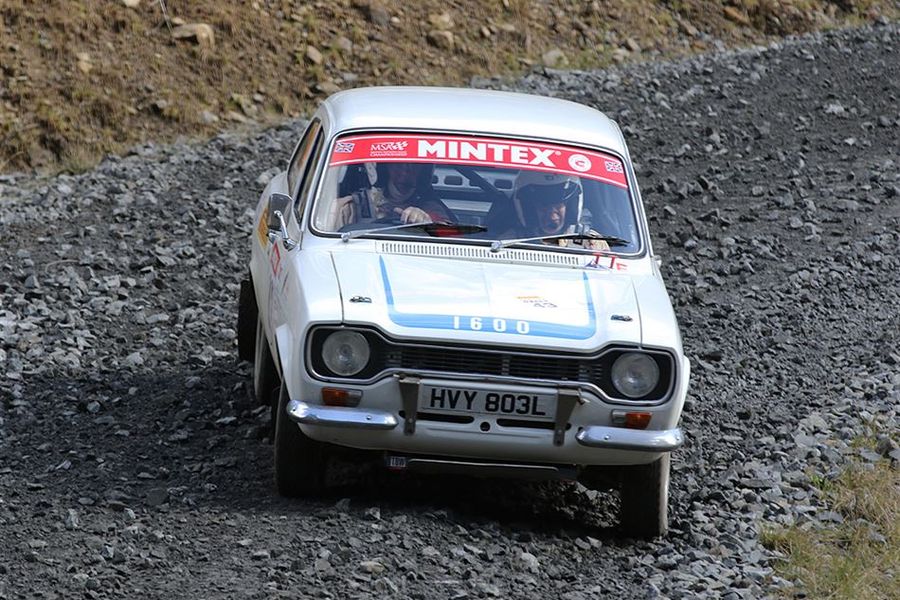 The special award winners from the third round of the 2016 Mintex MSA British Historic Rally Championship, the Pirelli Carlisle Rally (Saturday 30th of April) have been announced following the rally that also featured the second round of the Holton Homes Clubmans Challenge.
The Holton Homes Clubmans Challenge is for crews using a maximum of six tyres per rally. The top overall finishers from the Clubmans Challenge field were Chris Skill and Tom Jordan. They had a superb run in their 1600cc Ford Escort Mk2 to finish ninth overall and win their class. It is rare for a 1600cc car to claim a top 10 finish in such a competitive championship.
Skill and Jordan collected the award for the ‘Best Improvement on Seeding’, which is a set of axle brake pads from Mintex.
The ‘Spirit of the Rally’ product award from Fuchs Lubricants went to Joe Price and Chris Brooks who were elated to score their first overall BHRC victory. The Ludlow driver has been getting ever closer to the absolute pace and drove a fine rally despite limited prior experience of the Kielder stages.
The full TV report will be broadcast on Motors TV on the evening of Friday 13 May.
Mintex MSA British Historic Rally Championship Holton Homes Clubmans Challenge Pirelli Carlisle Rally