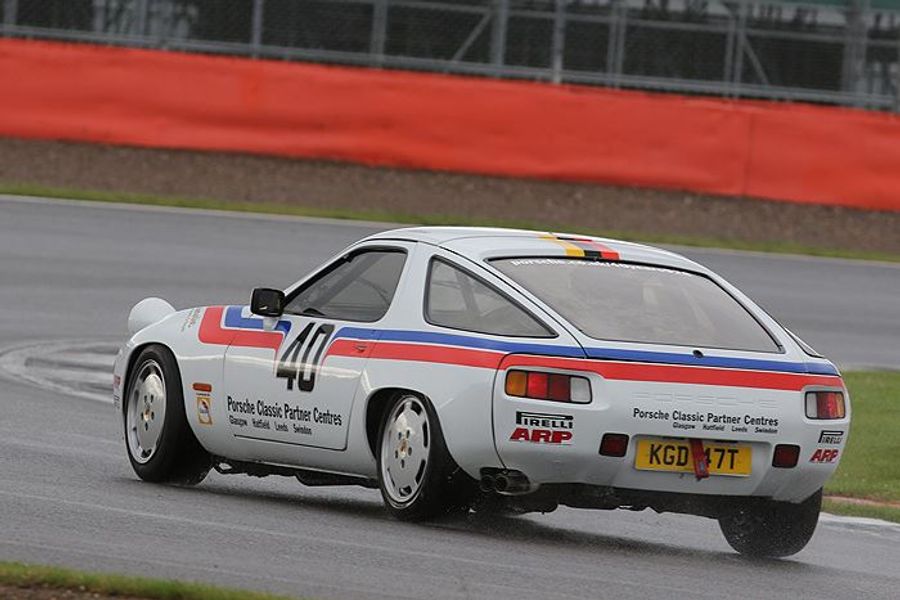 The Historic Sports Car Club’s 70s Road Sports Championship has been boosted by the arrival of Le Mans winner Richard Attwood in a Porsche 928.
Attwood (77), winner at Le Mans in a Porsche 917 in 1970, is contesting the HSCC 70s Road Sports Championship round in the near-standard car as Porsche Cars GB celebrates the 40th anniversary of the 5-litre front-engined model.
The campaign, which is due to cover most of the remaining 70s Road Sports races, started in style at Silverstone on Saturday (20th May) with an overall podium finish in a road-affected race.
“We’re going to improve the car and I think we’ll go forward from here,” said Attwood. “Now we’ll work on it and get it ready for the next race at Cadwell Park. I hope to do most of the 70s Road Sports races and I’m back to being a professional driver again!”
Attwood will make his Cadwell Park race debut in the Porsche at the Wolds Trophy meeting on 17th/18th June. Although he has driven at the Lincolnshire track before, he has yet to race there in a career that spans 56 years. He will also race at Croft for the first time when the 70s Road Sports feature at the Nostalgia Festival on 5th/6th August.
Charles Barter, vice-chairman of the HSCC and championship chairman for the 70s Road Sports, welcomed Attwood to the category. “We’re delighted to have a driver of Richard’s standing join the championship and it is very special to be able to race against a driver of such standing,” said Barter. “The championship is really strong and we had a grid of 36 cars at Silverstone. I’m also pleased to report that we are getting a steady stream of enquiries from new drivers looking to join in.”