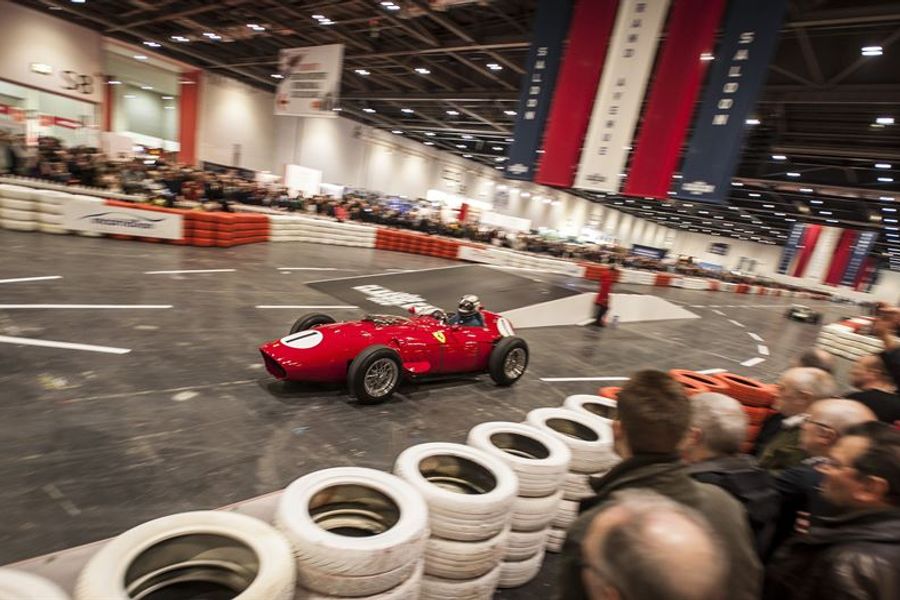 Historic Motorsport International and the London Classic Car Show (15th-18th February) have this year expanded to fill one complete side of the capital city’s premier ExCeL exhibition venue. This has allowed even more vehicles access to the Grand Avenue, a ground-breaking all-action roadway running right down the middle of the show, along which more than 50 of the world’s greatest classic road and competition cars will be driven later this month.
It means shows are no mere static exhibitions but a living, breathing tribute to the automobile… where you can see, and hear, Le Mans winners, Grand Prix racers, classic supercars and century-old veterans in action.
This year’s Grand Avenue show will focus on ‘Specials’ – limited editions, one-offs and prototypes all adding up to a delectable collection of unique street and competition cars renowned for their rarity, curiosity and desirability. The final line-up confirmed yesterday certainly lives up to the exciting and enthralling billing.
Taking the theme into account, it is no surprise that the icons performing dramatic demo runs indoors at ExCeL include a record number of Grand Prix cars including F1 winners raced in period by the great Stirling Moss and World Champions such as Graham Hill, Nelson Piquet and Michael Schumacher.
For many visitors, though, the seminal scarlet 1960 Ferrari 246 Dino will be the star performer – an example of the last traditional, front-engine car to win a Grand Prix.
Other standout motor sport machines revving up on The Grand Avenue include a stunning Alfa RLTF as raced by the legendary Enzo Ferrari and Alberto Ascari on the 1923 Targa Florio. Competition Jaguars are also well represented with XJ220 Le Mans sportscracar and the XJR15 one-make racer as well as what is widely regarded as the most famous saloon racing Jaguar – the ex-John Combs entered Mk1 complete with its unique BUY 1 number plate.
“I think it’s fair to say that we’ve massively over-achieved in rounding up such an incredible – and eclectic collection – of truly special machines,” said Bas Bungish, Event Director. “At one extreme we have a unique vintage steam car from the dawn of motoring and a prototype Land Rover with its steering wheel in the middle, at the other extreme an unprecedented gathering of F1 cars. It’s a mind-blowing collection that visitors will not only be able to see on static display but also hear as they rumble up and down The Grand Avenue.”