Whatever Happened to the Gold Cup? Read All About It 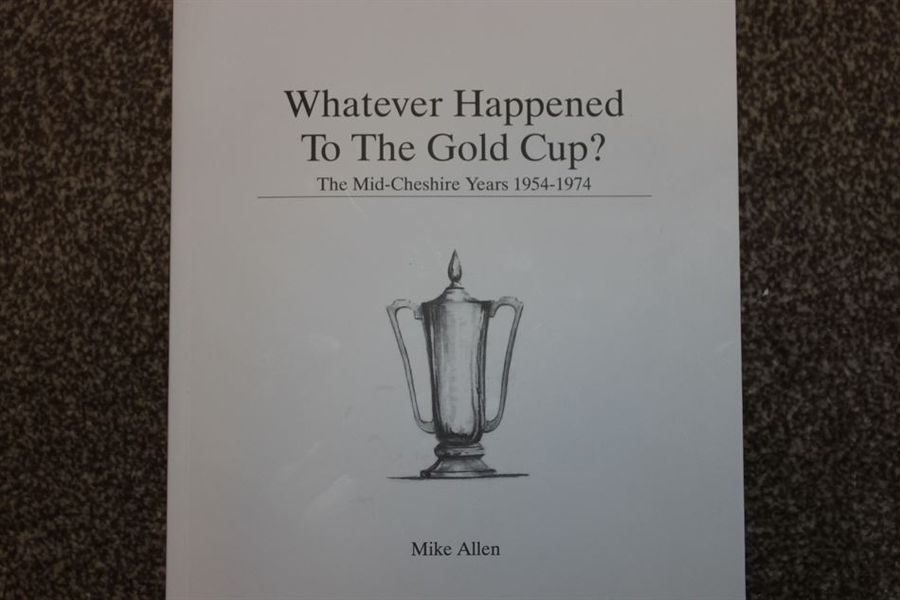 This weekend’s Oulton Park Gold Cup will provide the usual high standard of historic racing with three days of track action, and appropriately the weekend sees a book on the famous meeting available, with author Mike Allan in the paddock and signing copies. ‘Whatever Happened to the Gold Cup?’ is an apt reminder that the Gold Cup name was for many years a coveted one in front-line motorsport, with even the Formula One stars and cars of the day contesting the high-profile event.
Mike Allen’s book looks at the races for 1954 to 1974, when the event was run by the Mid-Cheshire Motor Club and latterly the Mid-Cheshire Motor Racing Club, the only non-national club to run a Formula One race meeting on an international licence. In it’s heyday the Gold Cup would draw in excess of 40,000 spectators, was won by drivers such as Sir Stirling Moss, Jim Clark and Jack Brabham, saw the race debut of Tyrrell 001 in 1970,and even attracted the Ferrari Formula One team to Cheshire.
The Gold Cup was not exclusively for Formula One, with Formula 5000 also headlining, and also usually featured strong supporting casts of saloon and sports car races. The title of the book refers to the Gold Cup awarded in 1969, which failed to make it back in time for the 1970 event, though Mike’s research suggests that there were at least three trophies used over the years - one of which was silver!
We have just received a copy of the book and a quick flick through reveals ample period photographs from names such as Mike Hayward, including some exciting race action. While the shots of the races are initially eye-catching, there are also paddock pictures capturing the more relaxed environment of the era.
The 264-page book features detailed results of even the support races, and if you were at the Gold Cup in the year’s featured, or have an interest in such a famous race, then this could be the book for you.
The book’s ISBN number is 976-1-5136-1779-4. 2and it is available from the author at Oliander House, Main Street, Hougham, Grantham NG32 2JD, email mikeallen1953@hotmail.com, or at Oulton Park this weekend - priced at £27.50