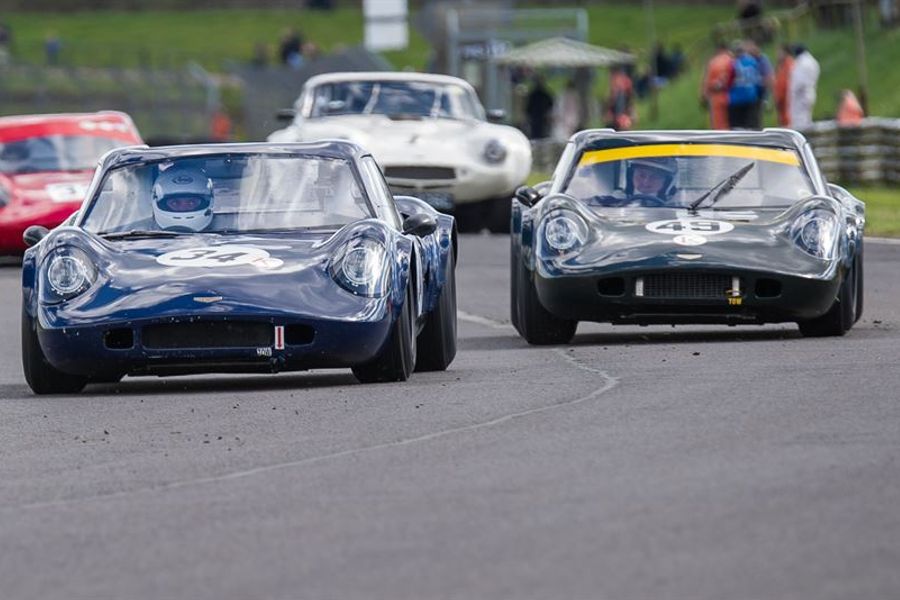 Historic restoration and race preparations specialists WDK have today announced expansion plans inclusion a new board and char, plus the acquisition of Chevron Racing Cars.
WDK Motorsport Ltd, based at Stockbridge, Hampshire UK and formed just seven years ago, is is a first-class historic race car restoration and preparation business employing a broad range of experienced specialists, catering to in excess of 15 UK and international clients, all owners of important historic and classic cars, with diverse requirements for their racing experiences. WDK was originally formed by Ian Cox, Simon Turner and Kevin Drew, who together developed the business to a level where it was sold in 2015.
It was announced today that WDK was acquired last year by VV Capital LLP, the investment vehicle of Nicola Foulston. Ms Foulston, a former UK Businesswoman of the Year, is best known in international motor sport as the past owner of the Brands Hatch circuits group, which she floated on the London Stock Exchange in 1996. She took that Group from a value of £6 million in 1991 to one of more than £120 million before managing its sale to the American advertising agency giant, Interpublic, in 1999. VV Capital’s private equity division now also manages investments in the US and the UK in sports, entertainment and leisure.
The co-founder of WDK and now its Managing Director, Ian Cox, has 35-year of race car engineering, with his experience in F1, F2, F3, Group C and sports & GT cars. Ian Cox and Nicola Foulston are now joined on the Board as a non-executive director by Christopher Tate, a 39-year motorsport industry veteran who is Managing Director at Donington Park, and a well-known figure on the international historic racing scene.
WDK together with Vin and Helen Malkie the brand’s former owners, are also announcing today that the trading business and Intellectual Property in the brand of Chevron racing cars, the famous UK racing car company founded in the 1960s, has been sold to WDK Motorsports Limited.
Chevron, which builds highly competitive racing cars and is still winning trophies in historic racing in 2016, will be relocated to WDK’s premises in Hampshire, where all future manufacturing of the official Chevron cars, especially the very popular B8 and B16 FIA continuation cars, will be produced
Ian Cox, the Managing Director of WDK said “We have been working on this deal with Vin & Helen Malkie for a while. We are all delighted to be able to announce this exciting news. One of the first race cars I ever worked on was a Chevron B8 and over the years I’ve worked on too many different Chevrons to mention. So when the time came for Vin and Helen to find new owners, this was a natural fit with WDK. We have a fantastic fabrication department who are hugely excited to be manufacturing cars & parts for the preeminent Chevron Brand”.
“WDK already has a great reputation for restoration & race car preparation having just won back to back Historic FIA F1 championships & secured multiple podiums in many classes again throughout 2016. This new expansion of our business will enable us to diversify and means we can now offer our full race support package to both new & former Chevron customers as well as continuing to grow with our existing customers.
Nicola Foulston added: “Ian Cox and I have known each other since I was 19 years old, and have worked together many times. I was impressed with taking what was a fresh start up business up to the position WDK has today within the worldwide Historic Racing Industry. This is no mean feat, given the exacting standards of our clients and of the many top level series in which our cars compete. I have considerable confidence in Ian and his team at WDK to now take the iconic historic brand in Chevron to new heights of success in the years to come.”
WDK Chevron