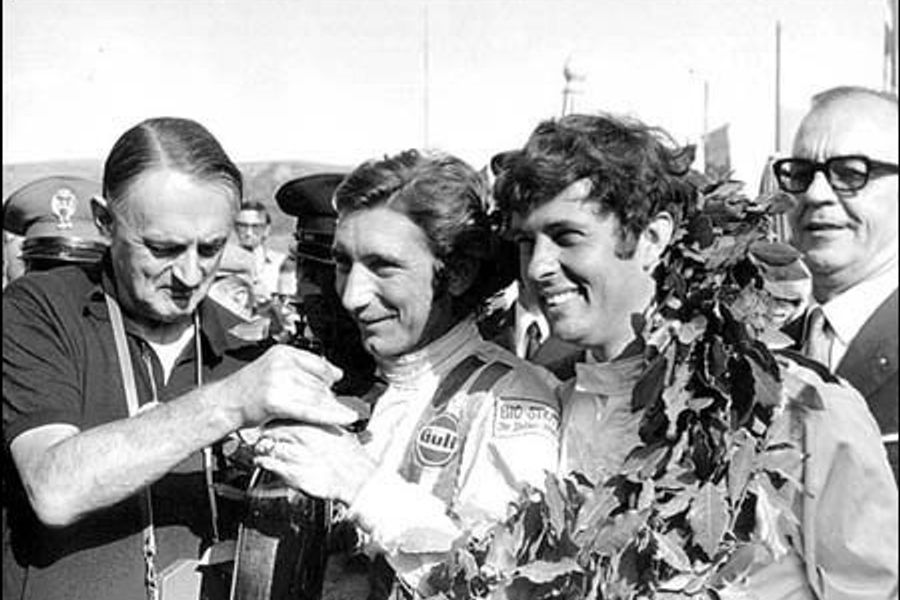 Famous team manager John Wyer was born this day in 1909, a man closely linked with Le Mans where he ran won the race for Aston Martin in 1959, the JWA team running Ford GT40s in 1968 and 1969, and finally in 1975 with his team's own Gulf-Mirage prototype. (Wyer pictured above left of shot with Jo Siffert and Brian Redman at the 1907 Targa Floria)

After his success with the ageing GT40s JWA were approached by Porsche to run 917s for them in 1970, and over the next two years the distinctive blue and orange Gulf liveried cars dominated sportscar racing at world championship level - Le Mans the only major race to elude them.

The video below looks at the 1970 season, and gives a great insight to the man himself as he sits at his desk. Enjoy the look of what would have been one of the most professional workshops in motorsport at that time - and early on, watch out for the pace of the Porsches round the banking at Daytona as they blast past slower traffic!

August Podcast: Kenny Brack, the life of John Cobb and our latest 'Corridors of Power' debate!