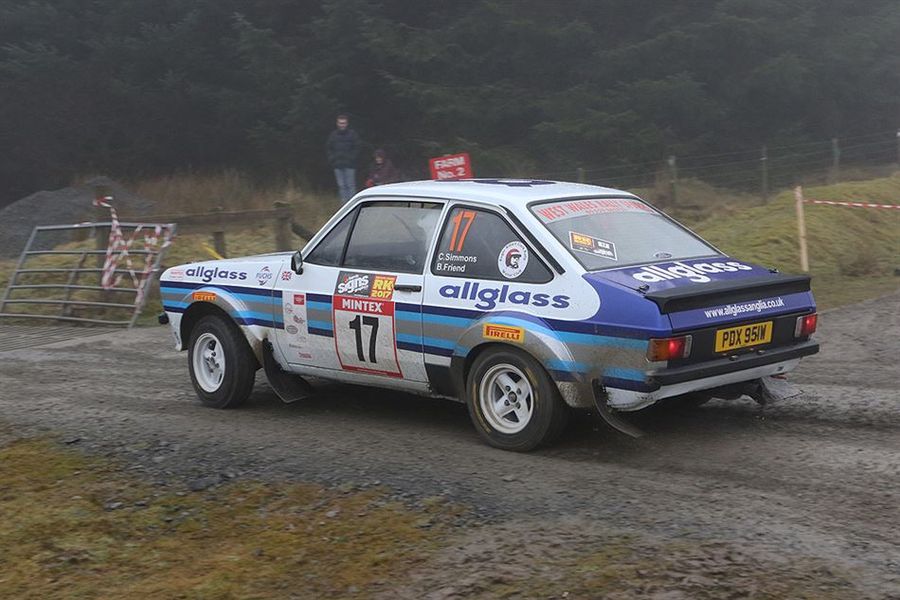 Click on the Video tab for a round-up of the action from last weekend’s opening round of the 2017 Mintex MSA British Historic Rally Championship where Nick Elliott and Dave Price opened their bid for the 2017 Mintex MSA British Historic Rally Championship in the best possible style on the opening round with a winning margin of 35-seconds over defending champions Jason Pritchard and Phil Clarke after 45-miles of classic Welsh stages on the Llandovery-based event.
The special award winners from the  Red Kite Stages have also now been announced.
David Hopkins and Tony Vart collected the award for the ‘Best Improvement on Seeding’, which is a set of axle brake pads from Mintex. They had a great run in their 1600cc Sunbeam Talbot to win class D2 as they finally overcame engine dramas that have dogged their progress for 18 months.
The ‘Spirit of the Rally’ product award from Fuchs Lubricants went to Ben Friend, Cliffy Simmons and their team after a tremendous effort to get their new car ready for its debut rally. They had a scare when the throttle stuck open as they prepared to leave first service, but the Frank Richer team soon had the problem sorted and the car ran faultlessly otherwise.
Finally, Eliot Retallick won the ‘Hard Charger’ award of a 20-litre jerry can from Green Valley Industrial Supplies. He took his Hillman Avenger to overall Category 2 victory after a day-long battle with the similar car of Andrew Stokes.
BHRC Red Kite Stages British Historic Rally Championship