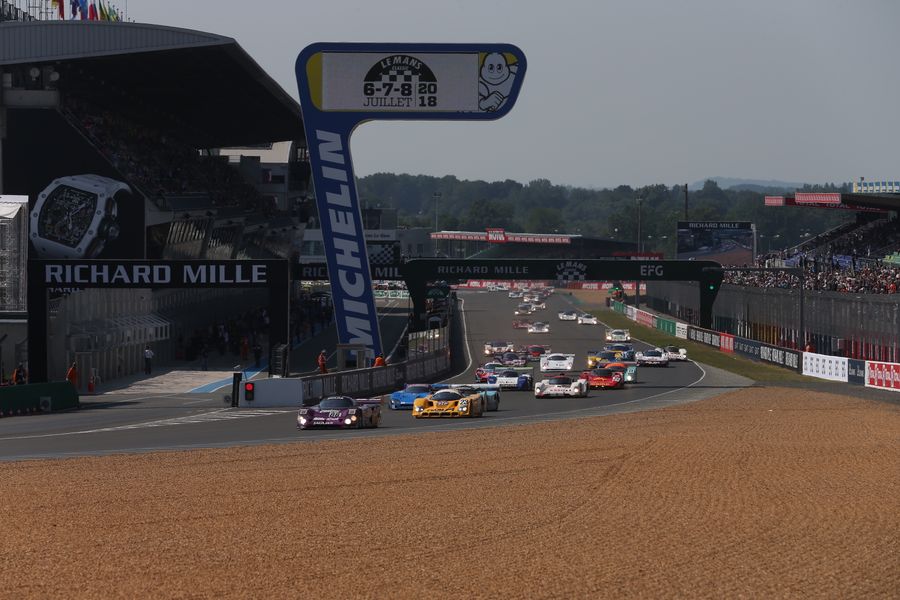 The eighth International Historic Motoring Awards held in the Sheraton Grand London Park Lane Hotel last night awarded the prize for the Motorsport Event of the Year to Peter Auto’s Le Mans Classic while Race Series of the Year to their 2.0L Cup.

Since 2011, this gala ceremony sponsored by the EFG private bank and Octane magazine brings together the elite in the world of the classic car to reward the people, cars, events, museums, clubs, series, books and films that have marked the year in a wide range of categories established by the experts from Octane and an international jury. In the course of the evening held in the famous Art Deco hotel in the heart of Mayfair in London the Peter Auto name was celebrated twice.

The Le Mans Classic received the prize for the Motorsport Event of the Year for the third time after 2014 and 2016 despite tough opposition from other famous meetings. This year’s ninth staging of this biennial retrospective of the Le Mans 24 Hours took place in July and set new records with more than 135,000 spectators, over 700 historic racing cars from 1923 to 2016, more than 1,000 drivers from 30 nationalities, 10 former winners of the Le Mans 24 Hours, nine grids of racing cars plus parades, and demonstrations providing the on-track action as well as 8,500 cars representing 200 clubs and 60 makes.

The 2.0L Cup, a new series by Peter Auto created in 2018, was rewarded with the prize for the Race Series of the Year. This single-make series was created in association with Britons Lee Maxted-Page (Porsche Classic & Racing specialist) and James Turner (manager of the 2L Racing Group) for short-chassis 2-litre Porsche 911s complying with the pre-1966 FIA regulations. It attracted around 40 cars to the three rounds held in 2018 at the Peter Auto meetings - Spa-Classic, Grand Prix de l’Age d’Or and the Dix Mille Tours. After Classic Endurance Racing, which won the same prize in 2015, the 2.0L Cup is the second series by Peter Auto to achieve this distinction.