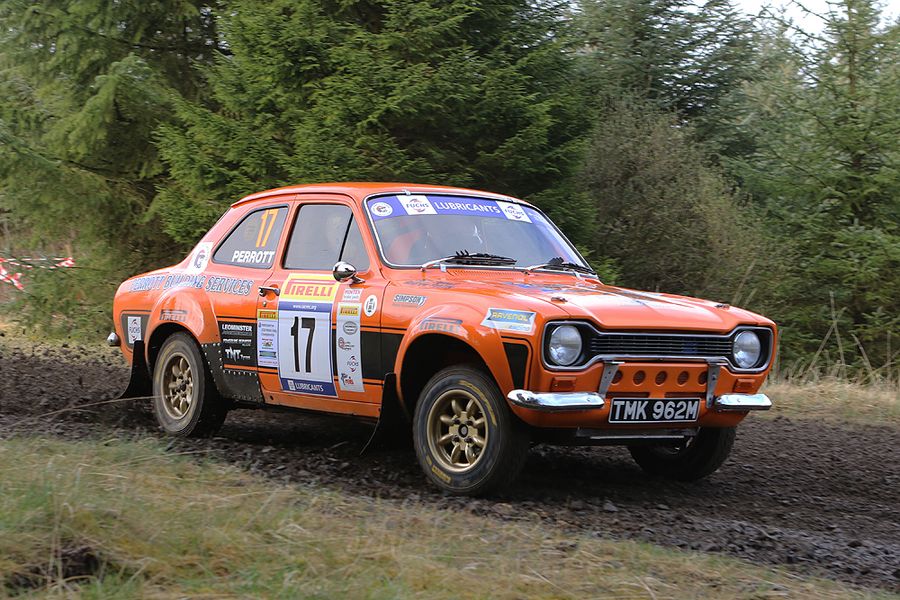 One of the strongest historic entries for several seasons includes some crews getting in some practice ahead of the Roger Albert Clark Rally in November, which will use stages in this region. Former triple BHRC champions Jason Pritchard and Phil Clarke will be back on gravel in their Escort Mk2 alongside similar cars for Matthew Robinson/Sam Collis and Roger Chilman/Patrick Walsh. However, Price and Brooks will need to keep their focus on season-long title rivals rather than the visiting crews.

Historic cars spanning the 1960s and 1970s will tackle forest stages in Newcastleton and Kershope during the third of the seven-round calendar, which includes five gravel rallies and two asphalt events. As well as an on-going TV package, the championship will make extensive use of social media channels with a particular focus on Facebook and YouTube.

After two rounds of the BHRC, Price heads north with an eight-point lead over Irishmen Stanley Orr (Escort Mk1) and Adrian Hetherington (Escort Mk2) and a clear run will be vital for the key contenders as round four of the championship comes only two weeks later on the Red Kite Stages.

In a mighty Category 3 field, other key contenders include Ben Friend, Simon Webster, Rob Smith, returnee Will Onions, Rudi Lancaster and Steve Bennett. In class D3, for the Pinto-engined cars, Josh Browne/Jane Edgington should set the mark with David Lloyd-Roberts and Mike Reed leading chase in their Escort Mk2s.

The competition will be just as close in Category 2 as John Perrott/Andrew Sankey lead the chase of the flying Orr/Grahame Henderson. Other leading runners in class C5, for the most powerful Mk1 Escorts, include Chris Skill, Chris Browne and Gary Smith. In class C2, for the 1600cc Category 2 cars, the remarkable pace of Stuart and Linda Cariss will set the benchmark for Philip Atkinson/Louise Gilks to chase in their Escort Mk1. The Cariss husband and wife crew should also set the pace in the BHRC2 division.

Finally, the evergreen Bob Bean and co-driver Malcolm Smithson top Category 1 for the oldest cars in their Ford Lotus Cortina. The 2018 Carlisle Stages was a rather fraught event as they retired with fuel issues before the first stage and they will be hoping for a better run this time around.

Running alongside the BHRC field will be a strong entry of modern cars, both two- and four-wheel drive, as the Carlisle Stages starts an excellent field of 80 cars. The event is based at H&H Auctions close to J43 of the M6 at Carlisle. Access to spectator car parks is free of charge.

The event comprises six special stages, with service back at H&H after three stages. The first car starts at 8.30am and is due back at the finish at around 3.15pm. All two-wheel drive cars will run first, in reverse seeded order, followed by a five-minute gap and then the four-wheel drive cars, which will run in conventional order.