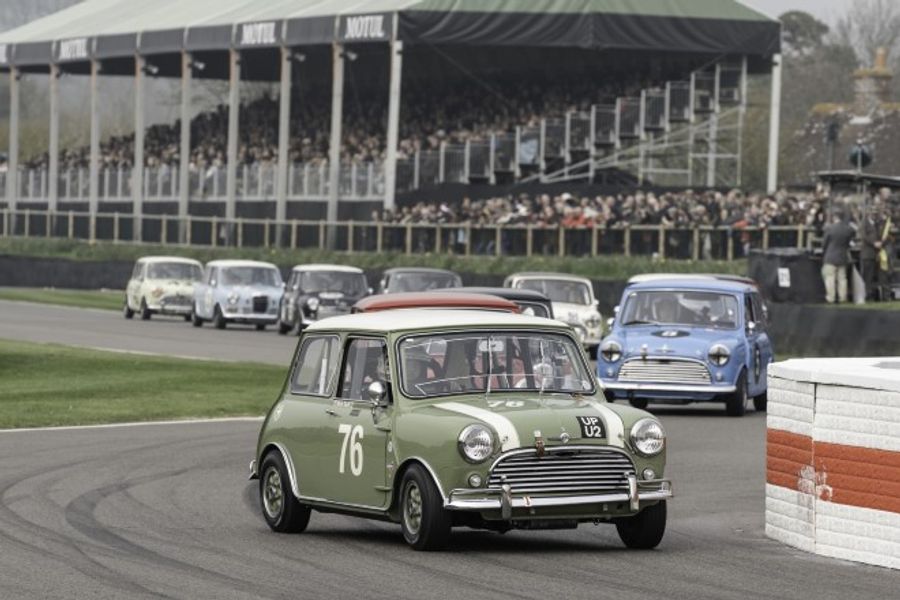 Inspirational young racer Billy Monger is the latest high-profile name to announce that he is taking part at this weekend’s Goodwood Revival (September 13th-15th). A front-running competitor in this year’s Euroformula Open Championship, Monger will take the wheel of Nick Swift’s celebrated Mini-Cooper, which won the Betty Richmond Trophy race at this year’s 77th Members’ Meeting, to take part in the daily parades to mark the 60th anniversary of Britain’s trail-blazing small car.

The 20-year-old racer is currently ninth in the standings of the Euroformula Open Championship, with victory on the historic street circuit at Pau coming as the highlight of his season to date. He has also been shortlisted for the Aston Martin Autosport BRDC Young Driver of the Year award, barely two years after a crash in Formula 4 left him as a double amputee.

"It's a privilege to be involved in the 60th anniversary of the Mini celebrations at Goodwood Revival this weekend, where I'll be driving one of Nick Swift's cars in the parade,” Monger commented. “A big thank-you to Nick and the team at Goodwood for making it possible."

In order for Monger to take part in the daily track parades, Nick Swift’s Mini has been fitted with the same hand -operated clutch controls that the 20-year-old has been using since returning to competition. Impressed by the user-friendly engineering of the equipment, Nick Swift hopes that it may lead to further historic outings for Monger in future.

“Billy is such an inspirational chap within the motorsport community and beyond,” Swift said. “I was delighted to do everything we could to make an opportunity this happen, and for Billy to show once again that no doors are closed to drivers with his level of talent and commitment. I really hope that he enjoys the experience and would love to do a race with him in the future.”

Only a few tickets now remain for Friday 13th September. All Saturday, Sunday and three-day tickets are now sold out.