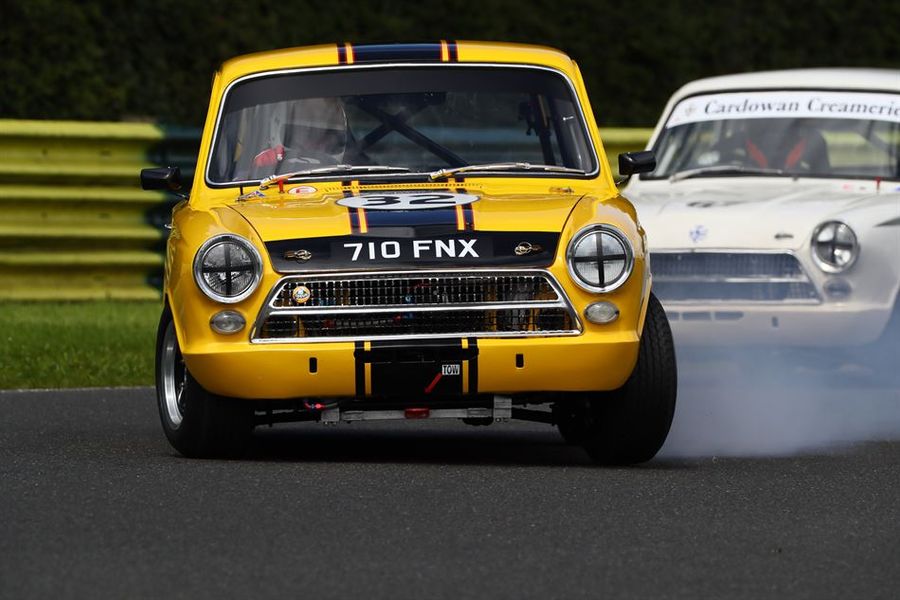 Croft Circuit welcomed a bumper crowd to North Yorkshire for the eighth instalment of the Croft Nostalgia Festival today (5th August), with the event offering-up its characteristic blend of first-class historic motor racing, classic cars, military displays, aero-acrobatics, evocative music and period dress.
Thousands of eager spectators headed to the banking and marquees to spend the day enjoying the array of 1940s-70s retro-themed entertainment alongside prime on-track action from the Historic Sports Car Club.
Classic cars filled every nook and cranny of the renowned venue’s outfield, with a multitude of marques represented – from BMW to Volkswagen and MG to Mini. Stalls were on hand to cater to every retro whim while The Daisy Belles performed alongside Frank Sinatra (Jack Randle) and George Formby (Colin Bourdiec) throughout Saturday and to crowds taking in the afternoon tea-dance in the main marquee.
Wartime camaraderie wasn’t only evoked in the music and entertainment on offer, but in the comprehensive range of militaria and military machinery – including the unmistakable Supermarine Spitfire and a fully-functioning 14-cylinder Bristol Hercules aero engine, with tomorrow also featuring an Avro Lancaster bomber.
The Twister Aerobatics Team drew eyes to the skies at lunchtime with a dazzling aerobatics display, while the on-track action either side of lunch was every bit as exciting – with no fewer than seven races on the day and 11 to follow on a packed Sunday schedule.
There were single-seater heroics in Historic Formula Ford, Historic Formula Junior and Historic Formula 3, and a tremendous variety of super saloons and sportscars in the Guards Trophy endurance contest, ‘70s Road Sports and Historic Touring Cars, which pitted nimble Minis against tail-happy Lotus Cortinas and bruising Ford Mustangs – the original American muscle car.
A victory in the prized Guards Trophy for Charles Allison in the Chevron B8 came alongside a win for Richard Belcher and his Ford Lotus Cortina in the hotly-contested Historic Touring Cars category. Maxim Bartell and Richard Tarling were the victors in races three and seven respectively, as they outfought the rest to come out on top of the biggest field of the day – the Historic Formula Fords.
“We’ve had a fantastic opening day here at Croft Nostalgia Festival,” said Circuit Manager Cat Lund. “It’s been a pleasure to welcome so many through the gates to sample what is a unique atmosphere, with some first-rate historic racing and a whole host of entertainment elsewhere.
“We get to do it all again tomorrow, and we’re delighted to have secured what should be a show-stopping display from the Battle of Britain Memorial Flight’s Lancaster bomber. There’s still a full day’s racing to come, and the full-complement of off-track attractions to enjoy.”