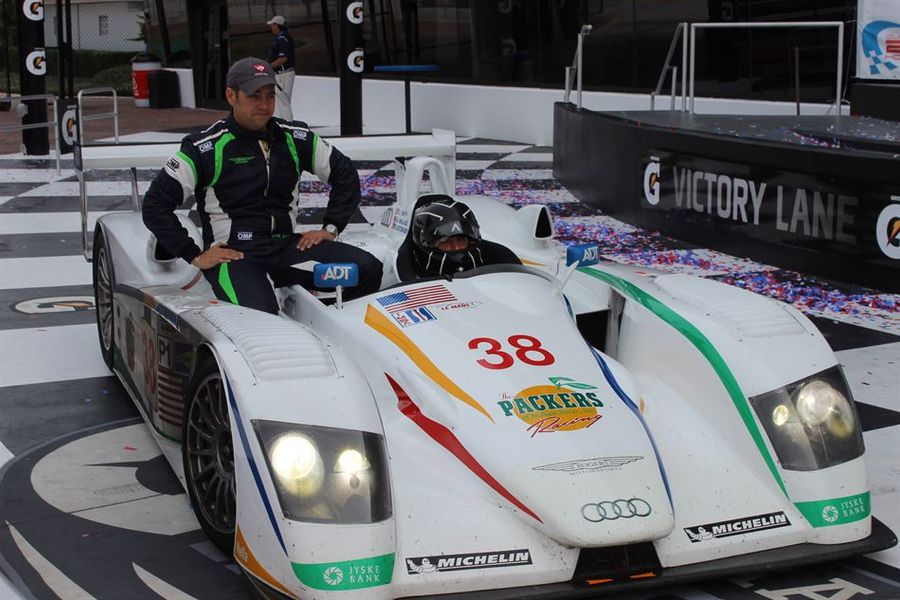 The Audi R8 of Doug Smith and Butch Leitzinger – the latter a late replacement for Andy Wallace – took the honours for longest distance completed in the weekend’s Class 24 Hours at Daytona, the car with 87 laps recorded in the four 42-minute races at on Daytona’s road course. It took a charging drive from Leitzinger in their final race to edge past the Pescarolo of David Porter and pass that car on total elapsed time to take the lead.
They were also under pressure from the other classes, with the Riley and Scott of Dean Baker in Group D also completing 87 laps, but in a slower time, that Group seeing three other cars also record 87 laps, Baked just under a minute and a half clear at the end. 2014 winners Tommy Dreelan and Aaron Scott were back in their Leyton House Porsche 962, but their hopes were dented by a water-pump problem in their third race, the duo finishing fourth with the Rothmans liveried 962 of Christian Zugal and Mark Patterson that racked up 82 laps.
2015 Classic 24 Hour at Daytona Run Group Winners:
Group A
Grey Gregory/Randy Buck 79 Laps (1971 Chevron B16)
Group B
Robert Blain/Ron Maydon 80 Laps (1975 March 75 S Cam Am)
Group C
Christian Zugel/Mark Patterson 87 Laps (1968 Porsche 962)
Group D
Dean Baker 87 Laps (1998 Riley & Scott MkIIIB)
Group E
Doug Smith/Butch Leitzinger 87 Laps (2005 Audi R8)
Group F
Robert Spence/Scott Jachthuber/Cody Ellsworth (1972 Porsche 911/ST)