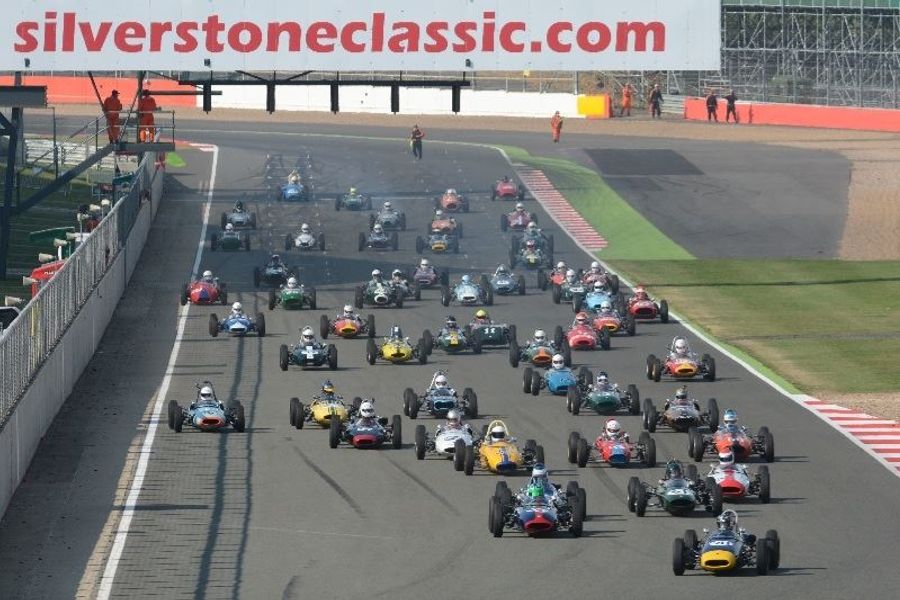 The Silverstone Classic celebrates its 25th anniversary in 2015, with organises pledging that next summer’s ‘Rocking and Racing’ extravaganza will be the biggest and best yet. With several of the most popular races from recent years already confirmed for 2015 and more to be announced, orgainisers have also revealed plans for a silver-themed Sunday to close off the 24-26th of July 2015 meeting in recognition of its anniversary.

Massive car club displays and record-breaking on-track parades have also become part of the Classic’s success – and will be again in 2015. The extravaganza’s third day has been aptly designated ‘Silver Sunday at Silverstone’ and all owners of silver cars old or new will be invited to join in the festivities. To mark the occasion, a special Silver ticket type has been introduced which includes a special in-field parking area plus a sparkling Silver Jubilee cavalcade around the famous Grand Prix circuit.

“We want to paint Silverstone silver!” exclaimed Event Director, Nick Wigley. “The Classic just gets bigger and bigger every year but, even by those sky rocketing standards, next year is going to be something very, very special. We are really excited to have Status Quo pumping out their hits on Saturday evening we have lots more fantastic plans to ensure we celebrate this amazing anniversary in fitting style.”

Legendary chord-challenged rockers Staus Quo will be playing on the main stage on the Saturday evening to keep the action going into the night, with tickets now on sale with special offers and discounts in place until March 31st.