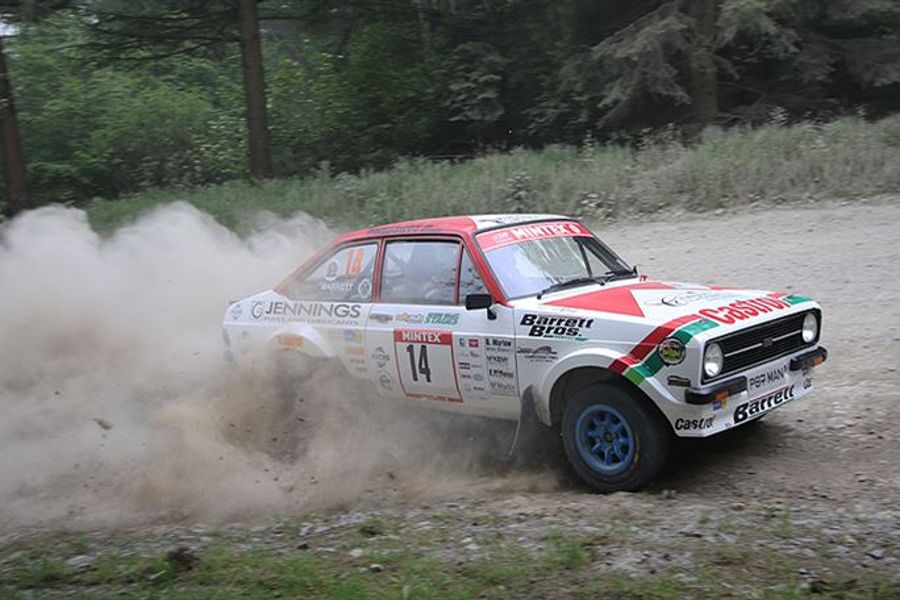 Paul Barrett and Dai Roberts took a dramatic overall historic victory on yesterday Severn Valley Stages, Saturday 4th of June, the fourth round of the 2016 Mintex MSA British Historic Rally Championship. On a day of ever-changing fortunes in the dry and dusty stages in the Epynt region of Wales, Barrett and Roberts swept ahead on the final stage of the rally to win in their Pinto-powered Ford Escort Mk2. Rarely has a Pinto-powered car won overall in the BHRC and it was a fantastic performance from both crew members. However, for much of the day it was round three winners Joe Price and Chris Brooks who led the field with a mighty charge. They were 26s up after four stages but it all went wrong for them in the penultimate stage when a clutch problem left their Escort Mk2 stuck in gear and they lost over three and a half minutes. Instead, Nick Elliott and Dave Price took the lead by just five seconds going into the final Cefn stage but as Elliott finished the stage with a puncture Barrett set a searing pace to go five seconds faster than any other historic crew and win by five seconds. Only 23s back in third, for their best BHRC result to date, were Rudi Lancaster and George Gwynn. Out at the end of the Radnor stage with a roll went Jason Pritchard and Phil Clarke, winners of rounds one and two. The battle for Category 2 was just as intense and finally resulted in a hard-earned victory for Simon Tysoe and Paul Morris (Ford Escort Mk1) after Stanley Orr and Guy Weaver had a torrid day in their Pinto-engined car and suffered three punctures. Other category winners were Bob Bean/Captain Thompson (Lotus Cortina) in Category 1 and Tom Coughtrie/Michael Gilbey (Ford Escort Mk2) in Category K.  Category winners:Category 1: Bob Bean/Captain Thompson (Ford Lotus Cortina)Category 2: Simon Tysoe/Paul Morris (Ford Escort Mk1)Category 3: Paul Barrett/Dai Roberts (Ford Escort Mk2)Category K: Tom Coughtrie/Michael Gilbey (Ford Escort Mk2)