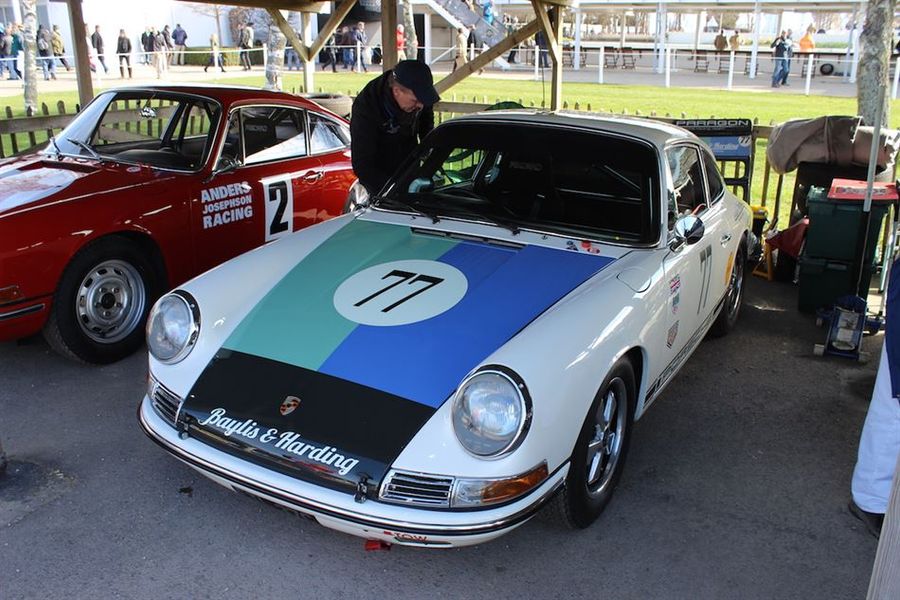 The Goodwood Motor Circuit will provide a small preview to this year’s Festival of Speed, with no fewer than 30-Porsches in action at the 76th Members’ Meeting across March 17th-18th.

Following the announcement that the Festival of Speed’s Central Feature will celebrate Porsche’s 70th anniversary in July, spectators at the Members’ Meeting will be given a sneak preview as to what’s in store later this year, with Porsches taking to the Circuit across three races and the Group 5 high-speed demonstration.

Spawned from the factory racing version of the Porsche 911 turbo and an evolution of the Porsche Carrera RSR 2.1, the 935’s chronology will be represented in the Group 5 demonstrations by standard 935s, a brace of 935/77As, no fewer than three K3s and, of course, the legendary 925/78 ‘Moby Dick’.

In terms of racing action, a strong contingent of Porsches will form up for the weekend-opening Ronnie Hoare Trophy, with almost half of the grid coming from Stuttgart in the shape of 911s, 904s and the 901.

Paying homage to the original Porsche sports car, a pair of 356s will be looking to take the title of ‘Giant Killers’ against Jaguar E-types, Ferrari 250GT SWBs and Aston Martin DB4GTs in the two-driver Moss Trophy. Meanwhile, 906s and 910s will take on GT40s, Shelby American Daytona Cobras and McLaren M1As in Sunday afternoon’s Gurney Cup.

As tickets to the 76th Members’ Meeting will be sold out imminently, but tickets are still available to Goodwood Road Racing Club Members and those that are part of the Goodwood Fellowship.