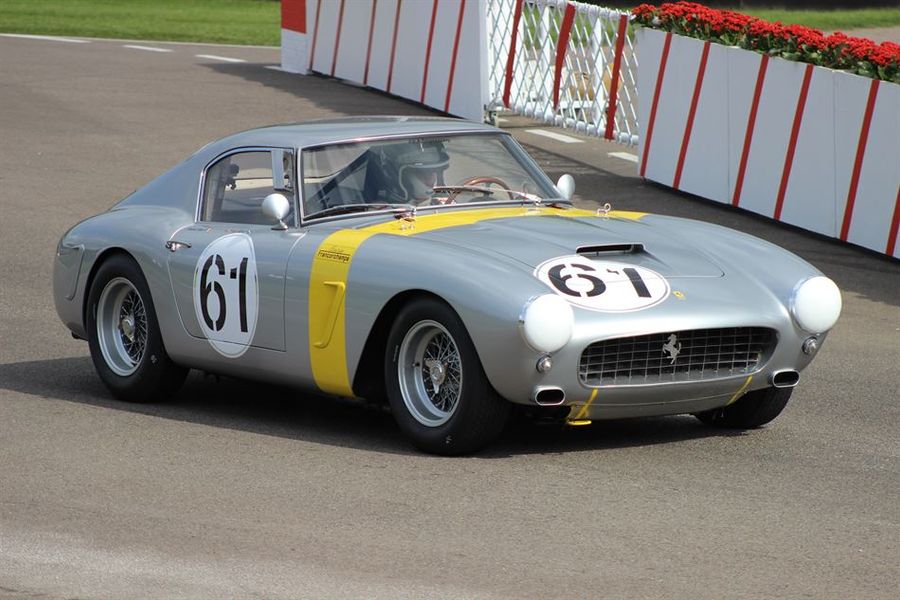 A new race boasting one of the best-looking grids of the year will kick off the 76th Members’ Meeting on Saturday 17th March at Goodwood Motor Circuit, as the Ronnie Hoare Trophy makes its first entry into the Goodwood record books.

Named in honour of Maranello Concessionaires founder Colonel Ronnie Hoare, expect some of the finest examples of glamorous sports racing cars to line up and take the first race start of Goodwood’s 2018 motorsport season.

Having formed Maranello Concessionaires with the blessing of Enzo Ferrari in 1960, Hoare quickly began supplying Ferraris for close friend Tommy Sopwith’s Equipe Endeavour team, with Mike Parkes at the wheel. The partnership between Maranello Concessionaires and Equipe Endeavour took victories up and down the country, including Goodwood’s Fordwater Trophy, through 1961 and 1962.

From 1963 the team branched off as a standalone outfit, persuaded by Ferrari to enter the 24 Hours of Le Mans, finishing in a highly respectable fifth. More victories followed, including two successive Goodwood Tourist Trophy wins, as well as success at Silverstone, Monza, Reims and class honours at Le Mans.

With Ferrari 275 GTB/Cs taking to the grid alongside the likes of Alfa Romeo Giulia TZ1s, Morgan Plus 4 SLRs, MG Bs and a strong contingent of Porsche 904s and 911s, the Ronnie Hoare Trophy will be a welcome addition to the Members’ Meeting spectacle and a real highlight of the weekend’s racing.

Tickets to the 76th Members’ Meeting are available to Goodwood Road Racing Club Members and to members of Goodwood Fellowship, with weekend and Saturday tickets are selling fast and are now limited.