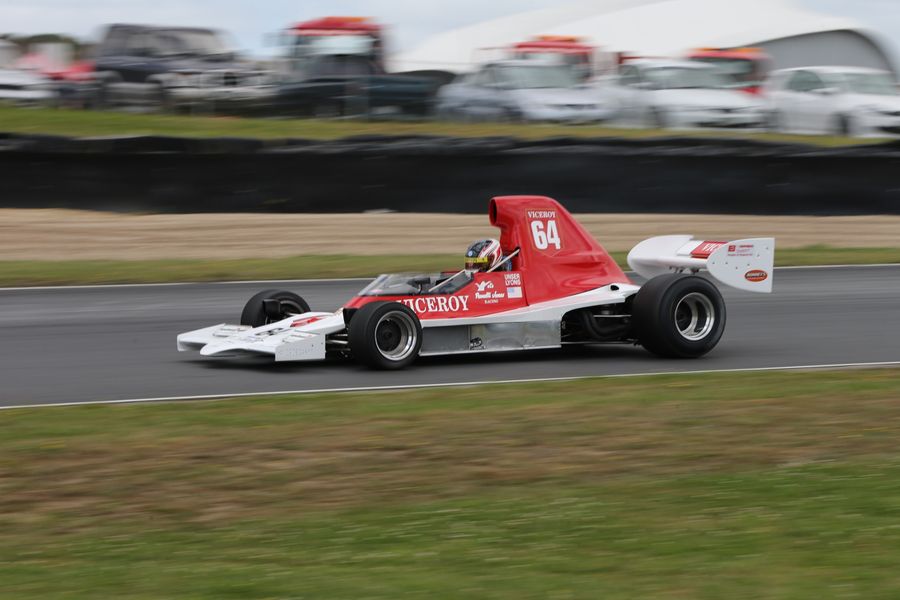 With a weather forecast of clear skies, warm temperatures and no rain for this weekend, the fourth annual Taupō Historic GP at Bruce McLaren Motorsport Park looks set to see a continuation of the recent unprecedented run of lap records being broken at the 3.5km FIA 2 circuit.

An eclectic line-up of 117 historic racing cars across seven categories of single-seaters and saloon cars – featuring a special celebration of Alfa Romeo this year – takes to the Taupō track for two-days of racing from Saturday morning with the feature race, the Taupō Historic GP for the popular historic stock-block 5.0 litre V8-powered Formula 5000 single-seaters, running on Sunday, January 19th.

Another feature of the Sunday action will not be on the track however but in the skies above, with an aerobatic display by the acclaimed Royal New Zealand Air Force Black Falcons aerobatic team in their 585 km/h T6-C Texan II aircraft.

In just the past year 13 lap records have fallen at race meetings held at the Taupō circuit, including some that have stood for years and Glenn Richards of the NZ Formula 5000 Association who hold round 2 of their 2019/20 SAS Autoparts MSC NZ F5000 Tasman Cup Revival Series at Taupō this weekend, predicts the three-year-old F5000 lap record will be next.

“Going by the fast times being set at recent events, especially the time set by James Watson earlier this month for 1600cc Formula Atlantic cars, that was only 1.1 seconds slower than Ken Smith’s three-year-old F5000 record, the track is clearly faster than in recent years”.

“This can partly be explained by the completion late last year of phase 2 of the three-year re-sealing programme being undertaken by circuit owners TMP but the records starting falling before then so it’s probably more due to what I hear has been their intensive surface cleaning and dust-prevention programmes.

“Taupō has generally been regarded as a low-grip, high-tyre-wear track but clearly, things have obviously changed,” says Richards.

And if Ken Smith, the F5000 driver who for years has been recognised as the finest exponent of historic F5000 was thinking he might be able to back off his usual record-setting pace a little, he will have to use all his not inconsiderable skill, talent and experience to stay clear of the best line-up of serious challengers the 78-year-old veteran has faced in recent years.

Hard-charging Englishmen Mark Dwyer and Michael Lyons – the latter the 2016 FIA Masters Historic Formula One Champion – have both managed to beat Smith in a straight race in the past in their Lola T400s and fellow countryman (and expat Kiwi) Warren Briggs (Lola T332) brings with him a strong reputation in big-bore historic single-seater racing in Europe and the USA.

Then there is Prebbleton’s Michael Collins who has the potential to beat all of them in his McRae GM1, particularly after his confidence-boosting back-to-back wins at Round 1 of the Revival Series at Manfeild in November.

In the Historic Alfa Romeo races at this weekend’s Historic GP Meeting, Eddie Beresford (1976 Alfasud Ti) will be hoping to lower his own lap record, set way back in February 2008.

However one record that will remain unchallenged, and will likely remain that way for some years yet, is the outright circuit lap record that dates right back to the very first major event held at Bruce McLaren Motorsport Park, the A1 Grand Prix of Nations New Zealand on 20 January 2007. In beating local star Jonny Read that day – the same Jonny Read who last year broke the GT3 lap record in an Audi R8 – Nico Hülkenberg, who went on to a nine-year full-time F1 career and also won the Le Mans 24 Hours at his first attempt in 2015 – recorded a 1:14.742 lap in the Team Germany Lola B05/52-Zytek.

Hülkenberg also holds the honour of the fastest ever lap of the Taupō circuit, his 1:14.072 pole-winning effort the previous day. The closest anyone has ever come to that lap in the last 13 years is a staggering 9.3 seconds away (India’s Jehan Daruvala, Toyota FT50, in February 2016).

Qualifying for this weekend’s Taupō Historic GP meeting starts at 09:30 on Saturday with preliminary races for all categories from 12:30 that afternoon. The racing re-commences at 09:15 Sunday morning with the Historic GP race for Formula 5000s scheduled to start at around 2:30 p.m. 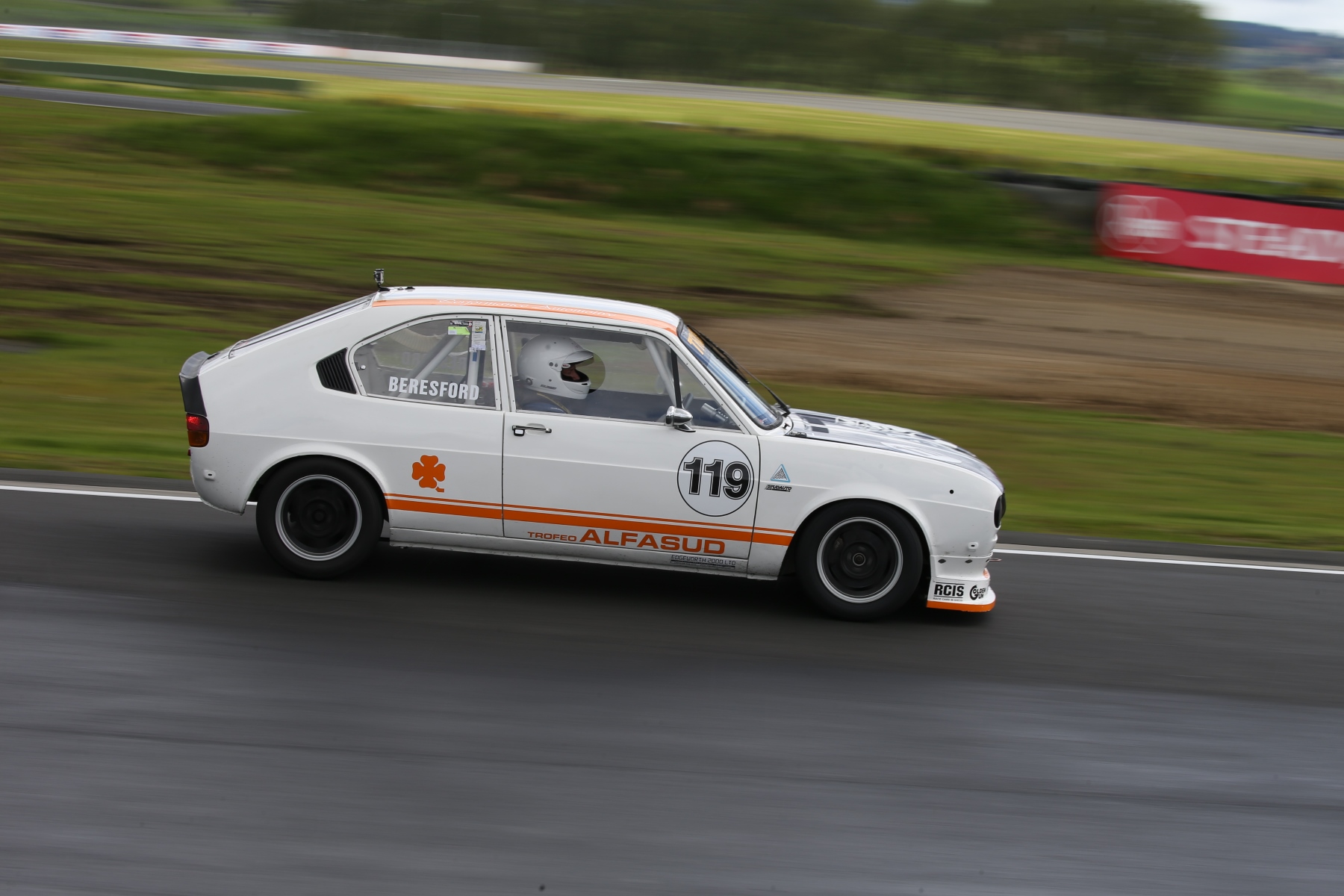 As well as a field off 31 historically important Alfa Romeos invited to race by the Alfa Romeo Owners Club of NZ and the 18 Formula F5000s entered for the second round of the 2019/20 SAS Autoparts MSC NZ F5000 Tasman Cup Revival Series, the Taupō Historic GP meeting includes races for:

- Historic Muscle Cars and Historic Saloon Cars, the FIA Group 2 and Group 5 touring cars that contested the New Zealand Saloon Car Championships in the late 1960s and early 1970s;
- Formula Juniors and Sports Racing Cars from 1958 to the late 1960s;
- Historic Formula Ford 1600s from 1967 to 1987;
- The wild “Allcomer” Sports Sedans that entertained New Zealand crowds in the 1960s, 1970s and 1980s; and
TranZams, the V8-engined high performance Grand Touring race cars created by the Sports Car Club of America (SCCA) that raced in New Zealand for the NZ TranZam Championship in the late 1980s, the 1990s and early 2000s. 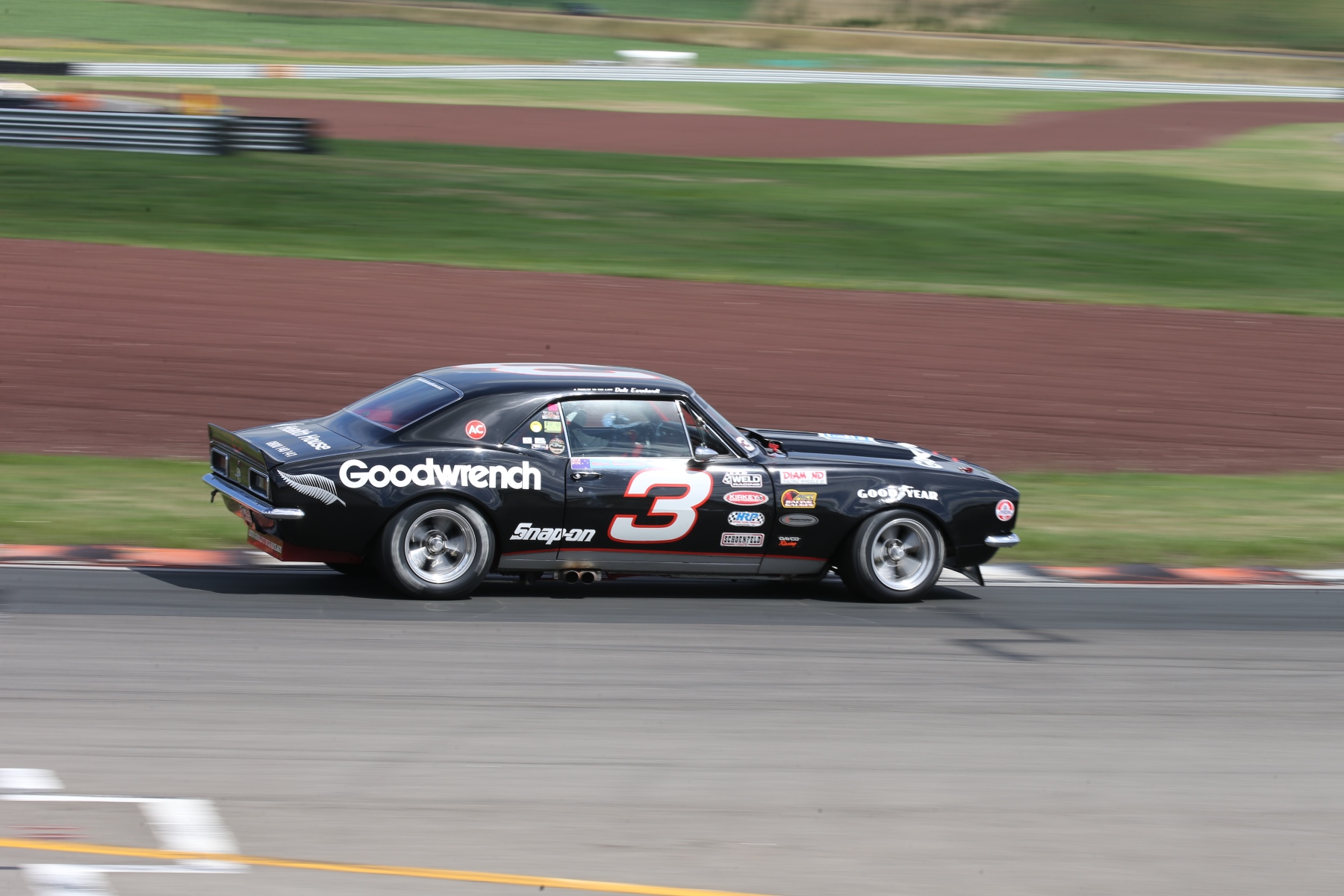