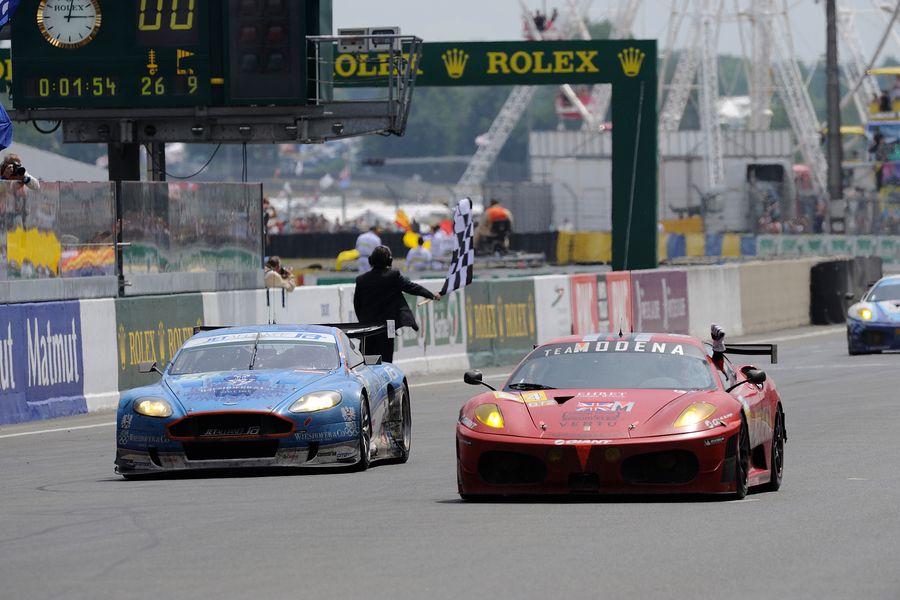 I have often wondered if somewhere in France there is a PR person who still bears a grudge against me. If there is, that person is good at long-term resentment as the cause of any such ill-will just might be the 2009 Le Mans 24-Hour race.

That year was the culmination of many seasons of effort as Team Peugeot Total won their first, and so far only for the French Marque, Le Mans 24-Hour race, the team’s taking first and second (and sixth with the other surviving 908 HDi FAP). If you Google ‘Le Mans 2009 Finish’ and then click on the images option, you can see how the French team neatly orchestrated the finish so that the three 908s crossed the line in formation – but also right behind them and in most of the pictures is the red Ferrari pictured above.

Personal View: So Can you Believe Your Eyes?

In 2009 I was media officer for Team Modena who were competing in the Le Mans Series and of course at Le Mans itself. It was our first (and as it turned out only) season running the GT2 Ferrari F430 GT and despite being up against some very good teams running similar equipment had some reasonable results.

As was often the case at Le Mans, the driving team was different to the rest of the season as our ‘star’ drivers raced for factory-backed teams, though Leo Mansell, in his rookie year in the series, stayed with us to be joined by Pierre Ehret and Roman Rusinov in what would be Leo’s first Le Mans.

Pierre started the race, which turned out to be a testing one with the Ferrari twice being hit by prototypes – one of our drivers bringing the car back in after the first incident saying, ‘he got alongside me, we looked at each other…and he still turned in on me!’. One incident lost us six laps as the car was retrieved from a gravel trap – effectively putting us out of contention. 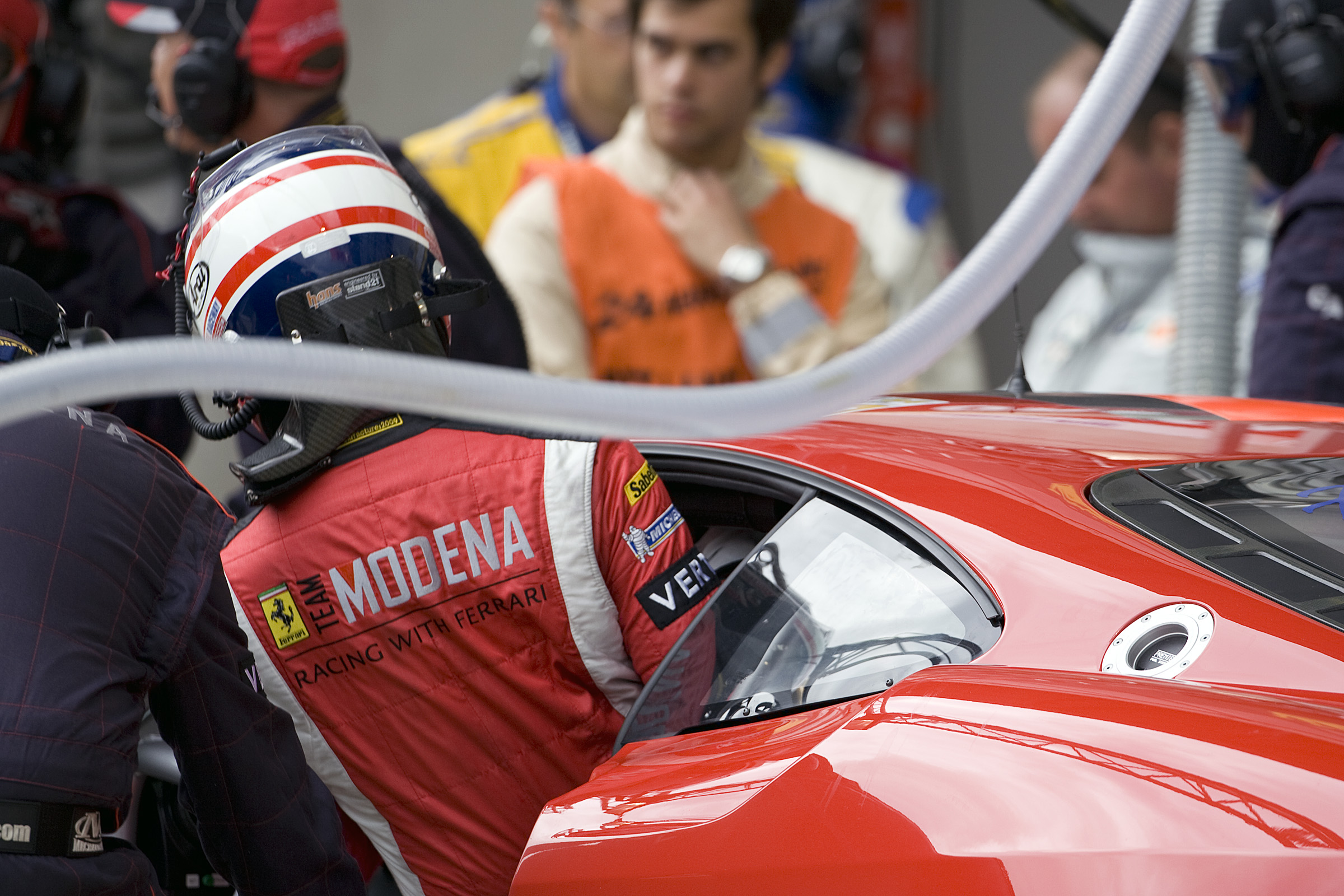 As is the case for many runners at Le Mans the challenge became bringing the car home to complete the race, and by Sunday afternoon the car was lapping consistently and the team were preparing for the final driver change – Leo set to bring the car across the line to finish his first Le Mans 24-Hours in style. At which point the fact that it WAS his first Le Mans gave me a sudden thought:

“Has anyone actually spoken to Leo about the end of the race?” I asked Hans, our team manager.

No, was the answer, so we explained to Leo that the lead cars would close up for a photo opportunity if the result was pretty assured, and as we weren’t going to get a strong finish, we might as well get ourselves into the TV and print images that would go around the world. From about 30-minutes to go Leo was getting updates on the radio as to what the lead cars were doing, and with consummate skill Hans and Leo controlled the car’s pace so that right at the end, a reduction in speed between Arnage and the Porsche Curves saw the three Peugeots sweep by and Leo slot the Team Modena Ferrari in behind.

As the three 908s took the flag the Ferrari was right behind them, and I felt we had a small PR victory out of what had been a testing race. While I am sure that Peugeot were in fact happy with the result and the win, I do wonder if some poor soul had to be busy photoshopping a red car out of any of the pictures they subsequently used to publicise their maiden Le Mans win. If so…sorry!