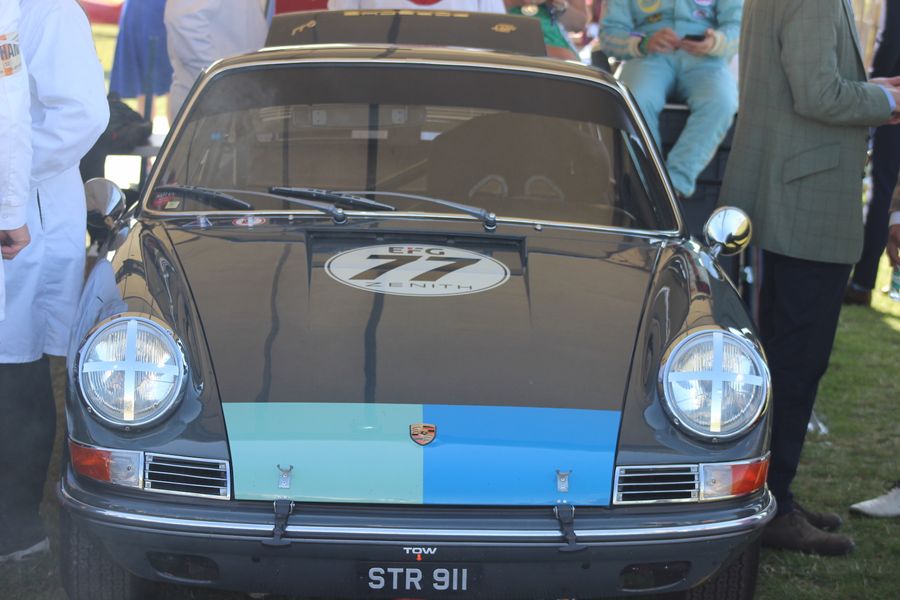 A feature of almost any race meeting is that virtually every car has a story to tell about some drama that had to be overcome to get it the meeting, to the grid or to the end of the race. We caught up with one such story at the Goodwood Revival this morning, as there turned out to be far more to Mark Sumpter’s run to sixth with his Porsche 911 in the Fordwater Trophy, the opening race of the day, than might have appeared.

“We only managed three flying laps in qualifying yesterday morning when it started blowing a lot of smoke out, losing power, soa I gently brought it back in,” explained Mark after the race.

“We found someone willing to drive a lap of the M25 on a Friday afternoon to get the bits here and the Jordan Racing Team guys worked through the night to replace the holed piston, get a new cylinder head on, and this morning the car worked great.

“We had still managed to qualify tenth as I was able to get one reasonable lap in, and I ended up sixth in the race. It was an enjoyable race, these cars move a round a lot on the limit which makes them fun to drive.

“You get them to a certain angle which feels good, then things start to build because of the weight and you can feel the limit getting close. With these 911s when they are sideways you have to stay foot to the floor, if you lift the back end will just go due to the weight transfer to the front and you are facing the wrong way. I only had one small excursion today so were fairly well behaved.

“The car is going in the truck to head to Monza on Tuesday morning, so I was aware I needed to bring it back in one piece!”