On This Day: Jo Siffert Dies at Brands Hatch in 1971 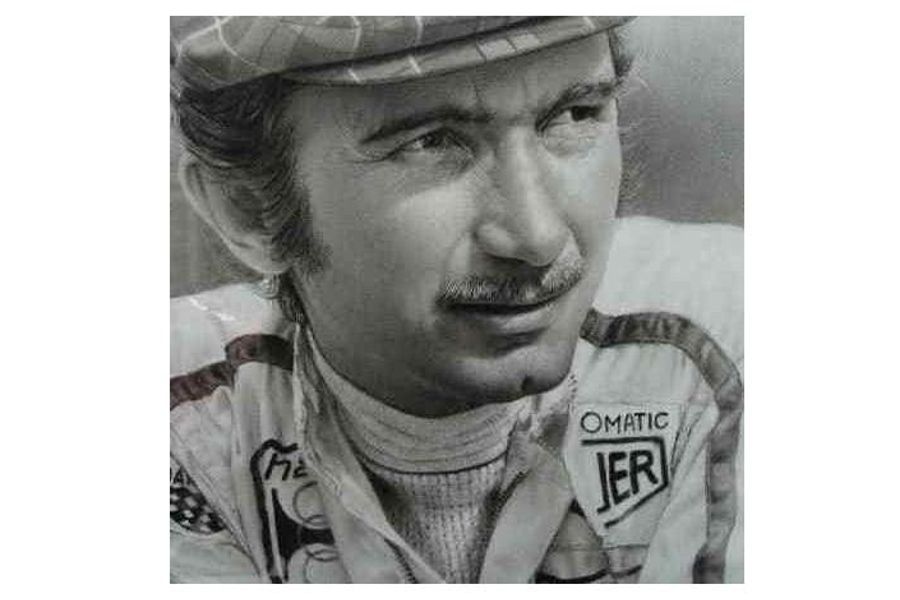 Jo Siffert died at Brands Hatch on 24th  October 1971. Paul Tarsey was at the circuit that day and it had a profound effect on the way he viewed the sport he loves.

To put things in perspective, you have to think about the way Formula One was run in the 1970s. Formula One was simply a formula, a set of regulations to which cars were built and a number of races were run all over the world to that set over regulations. Some counted towards the World Championship and others did not. Britain had more races than anyone else and it was not unusual for the odd event to be slotted into the calendar to suit the sponsors wishes. Thus the world championship victory race sponsored by Rothmans was scheduled for the 24th of October 1971 was run to recognise the newly-crowned Jackie Stewart’s success. The race was run to Formula One regulations with a number of Formula 5000 cars in the entry to make up the numbers.

Although the championship season was over, BRM were running strongly and were making signs that they would be the team to watch in 1972. To support this idea Jo Siffert put his Yardley McLaren BRM on the pole ahead of the rest of the field. He made a poor start but began a strong run up the field and was in fourth place by lap 15 when his car ran off the road at the approach to the fast right-hand bend at Hawthorns on the Brands Hatch Grand Prix loop. The accident itself was not huge but was large enough to rupture the fuel tanks of the car which immediately burst into flames. 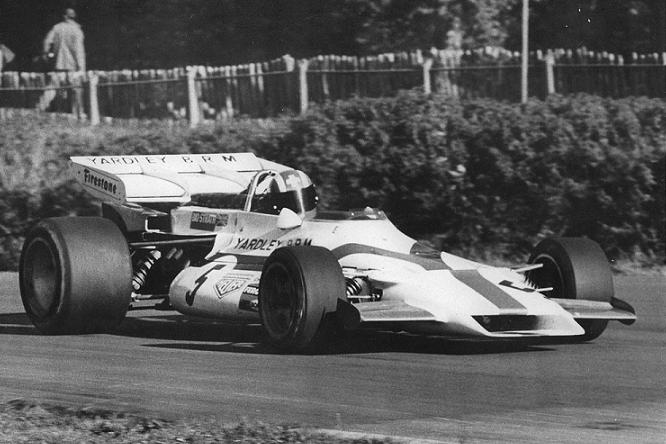 Race organisers and marshals were well aware of the dangers of fire and indeed the marshals on scene were dressed in a silver heat resistant suit which was supposed to allow them to go into the flames to retrieve a driver from a burning car.Siffert’s car was very quickly an inferno and it was clear that this was a major accident. Footage from the time shows a suit equipped marshal having trouble getting into the flames to rescue the stricken driver. The reason that the marshal was unable to carry out his tasks we shall never know. Jo died at the scene from lack of oxygen as so often happened in fiery accidents and ironically his other injuries were minimal and would not have been life-threatening.

I was at Brands Hatch that day and saw some of the events occur before my eyes. Thankfully I was not at the scene of the crash but had decided to watch the race from South Bank behind the pits. As soon as the accident happened the race was stopped immediately and I recall seeing the clerk of the course driving his road car to the accident site as quickly as he possibly could. Sadly, because of the way the car had come to rest, the track was blocked, causing many drivers to come to a stop right at the scene. The effect that that must have had can only be imagined. As was then the case no announcement was made but racing was immediately abandoned for the day.

As a spectator I had no idea of the severity of the accident and took the race stoppage as an opportunity to walk across to the paddock to soak up some of the post race atmosphere. My fears were heightened however when the BRM was brought in to the paddock covered in a tarpaulin and placed in a lock up. To this day I do not know whether Jo’s body was still in the car. Shortly afterwards there was a call over the paddock PA which called BRM boss Louis Stanley to the paddock office to accept his pre-booked call to Switzerland. In those days there was no such thing as a direct dial international call and all such conversations needed to be pre-booked with an international operator.

Clearly by now it was pretty clear that this had been a very major accident although we had no idea just how serious it had been. We returned to our car parked on South Bank and whilst queueing to leave the circuit heard the sad news on the radio that Siffert had died.

This was my first experience of being at a race circuit when a driver died. I had been visiting races since the age of six and, particularly in those days, I was well aware that motorsport was indeed very dangerous. But the reality of being that close to a fatal accident had a profound effect on my view of the sport.

This was very much at the time when Jackie Stewart's campaign for safer racing was in full swing and there was much debate at the time. Diehards were often heard to say that not only was racing dangerous but that injury and even death were part of the sport, whereas Stewart and his colleagues in the Grand Prix Drivers Association continued to press for safer cars and safer circuits.

I suppose up until that point I have had a foot in both camps but the harsh reality of that day forever changed my view and of many other people as well.Nowadays the non-championship F1 races are long gone, but I have often found myself at Brands Hatch for some end-of-season race meeting or other, frequently in October. Taking a few minutes to walk onto the Grand Prix loop and to remember Jo Siffert is always part of my day.​

On This Day Jo Siffert

Sticker of the Day No.6: Lola Switzerland, Jo Bonnier 1972