On This Day - Champion, Winner and Personality...Graham Hill 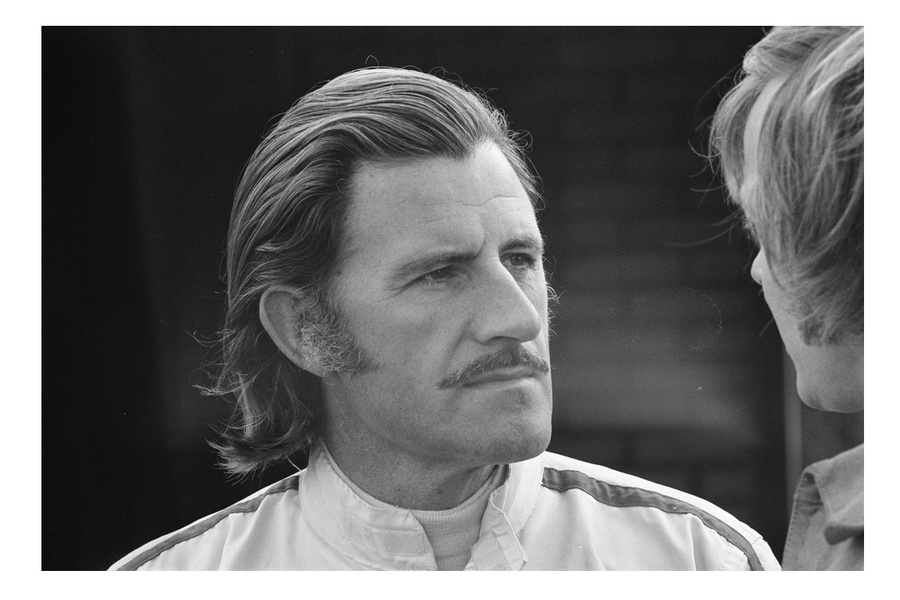 British racing legend Graham Hill was born this day in 1929, a double Formula One World Champion who had a lengthy career and success not only in Grand Prix but also in many other forms of racing – including memorial wins in the Indianapolis 500 and the Le Mans 24-Hour races.  His Formula One longevity saw him span huge changes in the sport, his first race was in a two-litre front-engined Lotus 12 at Monaco in 1958, his final outing failing to qualify at the same race 17-years later in in a bewinged Cosworth V8 powered car.

It has at time been fashionable to suggest Hill was not as naturally talented as some of his peers and his achievements were due to sheer hard work, and while it was undeniable that he was single-minded and fully prepared to do whatever was needed to be successful, those are traits that would be admired in any modern driver and no one without talent wins 14 Grand Prix..

Hill started his career from nowhere, working as a mechanic on cars in return for the odd drive, yet was a multiple champion, his ‘Triple Crown’ success has seen Fernando Alonso devote his recent career to try to match Hill’s achievement, and he became a personality that was well-known outside of motorsport, being a TV regular and instantly recognisable everywhere.

That first Grand Prix saw Hill just squeeze onto the back of the 16-car grid, setting the same time as Jo Bonnier’s Maserati 250F, and he knew the race was hard on cars so he aimed to be as smooth as possible, take care on every gear change and avoid the kerbs over the 100 laps. By lap 75 he was fourth, though without having to overtake a single car as the race took its toll on his rivals, when his car shed a rear wheel a Poitiers and put him out – Hill later in his career quipping ‘you know you are driving a Lotus when the rear wheel overtakes you’.

Highlight of that first season was a fifth at Monza (sixth on the road but a car ahead was driven by two different drivers in the race and thus ineligible for points etc.), and it shows how different racing was in those days as it was hardly a trouble-free run to the finish. Hill stopped three times in the race to have the radiator topped up, had to deal with a small fire, lost his brakes near the end – and coasted across the line out of fuel on the final lap. 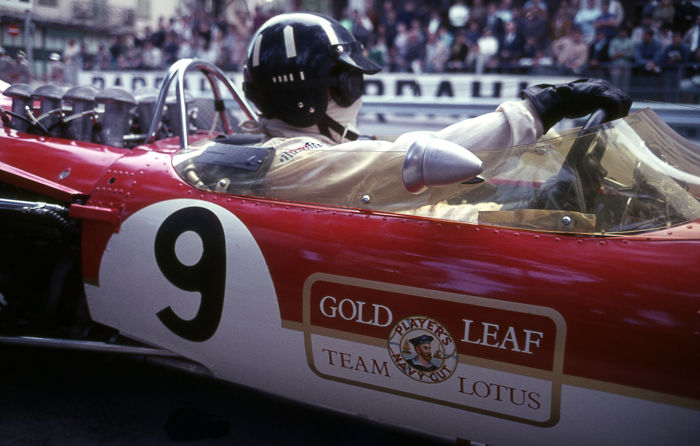 Another season with Lotus saw Hill move to BRM for 1960, and after battling with reliability all came good with the BRM P57 in 1962 where his first Grand Prix win at the season-opening Dutch Grand Prix then saw him win three more times on his way to the title. With drivers such as Jim Clark, Bruce McLaren, John Surtees and Dan Gurney in his wake in the points table, it was a fine performance from Hill and the British team.

In the next three years Hill was battling with his rivals at the front of races, and came close to taking the title again in 1964. He won at Monaco in 1963 and went on to take a hat-trick of wins in the next two years, winning five times in all at a circuit that rewarded precision and mechanical sympathy.

A move back to Lotus for 1967 surprised many, but put him in the new Lotus 49 with its ground-breaking Cosworth V8 from the Dutch Grand Prix onwards. The next season was a hard one for the team, losing its talisman Jim Clark early in the year, but Hill famously delivered, taking three wins and three second-place finishes to take his second title in his Gold Leaf liveried Lotus, sponsorship having now arrived in Formula One.

Another Monaco win in 1969 for Lotus was his final Grand Prix win, his season ending early when a huge crash at the US Grand Prix at Watkins Glen saw him thrown from his Lotus, badly breaking both legs. Such was his popularity that he joined the BBC’s annual Sports Personality of the Year Awards programme from his hospital bed once back on London, his trade mark relaxed humour on show despite his injuries 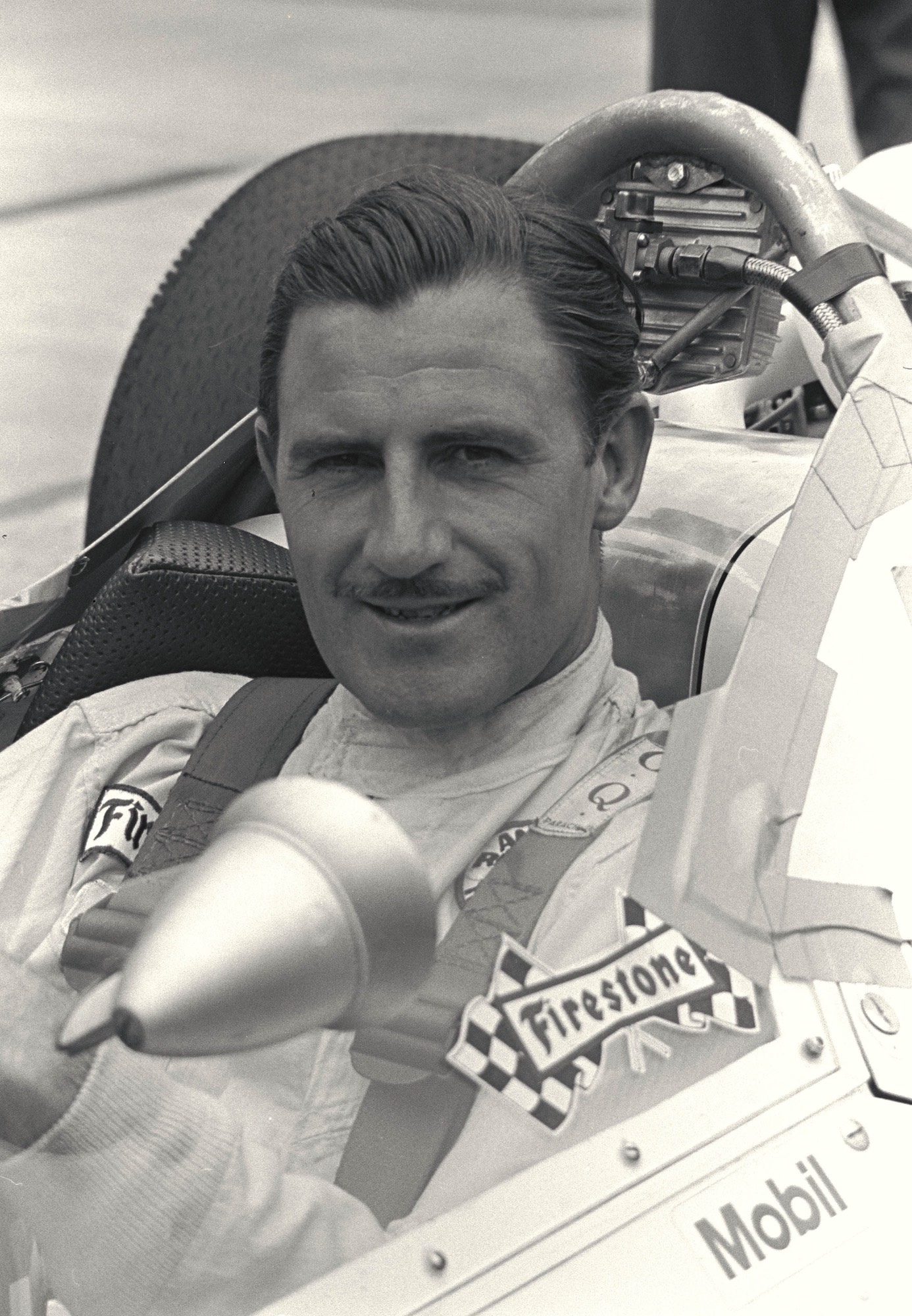 A barely recovered Hill moved to race a Lotus for Rob Walker in 1970, then Brabhams for the next two seasons before setting up his own Embassey Racing team. Two difficult years racing Shadow and then Lola chassis saw the team struggle for results, before deciding to build their own racer, and in failing to qualify the new car at Monaco Hill felt the time was right to step aside, particularly with the talented and up-and-coming Tony Brise in the team.

Away from Grand Prix racing Hill had always been very active, winning the 1963 and 1964 Tourist Trophy races in Maranello Concessionaires Ferraris, second at Le Mans in in 1964 sharing a Ferrari 330P with Bonnier, as well as a long Formula Two career and many saloon races. He won his first Indianapolis 500 race in a Lola in 1966 (having briefly run in practice the year before in another car), and when signed by Matra-Simca to race at Le Mans alongside Henri Pescarolo in 1972 there were elements of the team unhappy at what they perceived was a driver at the end of his career in the car – only for Hill to impress with his pace and consistency on the way to a famous win

It is difficult to emphasise just how much of a national personality Hill was. He was a TV regular in programmes totally unconnected with motorsport, he appeared on the BBC’s Call My Bluff panel game 16 times, was a chat show regular and always entertained with his dry wit and self-depreciation. He appeared as ‘Bob Turner’ in John Frankenheimer’s Grand Prix movie, and also played a helicopter pilot in a 1974 film of an Alistair MacLean novel.

The circumstances of his death when piloting members of the team back from a late season-test in a light aircraft are well known, but even today his legacy lives on. No other driver has claimed the ‘Triple Crown’ of wins at Le Mans, Indianapolis and a Formula One title (or winning at Monaco in an alternative interpretation), and with Alonso now chasing that prize it proves the worth of what Hill achieved in his long career.