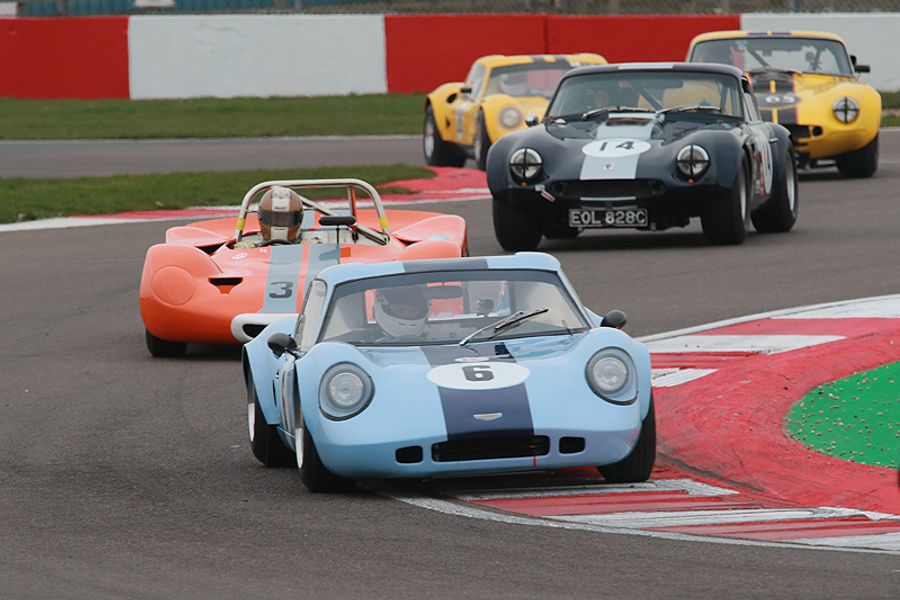 There is a fresh look for the Historic Sports Car Club’s Guards Trophy race series for 2019 with new joint championship chairmen in place and a new impetus to attract a wider diversity of cars to the grid.

The championship’s invitation class will now run on a permanent basis for all races on the calendar and is designed to further widen the appeal of the popular race series, which can trace its roots back 45 years to 1974 in the Classic Sports Car Championship. The series evolved into the Guards Trophy in 2007 and retains a popular mini-enduro format. All rounds are 40-minute races with a mandatory one-minute pit-stop and the option of two drivers.

The 2019 season heralds a new era for the Guards Trophy as racers Hugh Colman and John Davison have jointly taken on the role of Championship Chairman. Importantly, each has experience of competing in both a sports-racing car and a GT car and Davison is a triple champion, having won the overall title in 2016, 2017 and 2018 in his Lotus Elan 26R. The retiring Championship Chairman, Stuart Tizzard, has been awarded life membership of the HSCC for services to the club.

Andy Dee-Crowne, CEO of the Historic Sports Car Club, said: “We want the GT cars as well as the sports-racing cars and we want to have variety on the grid, so if you have a car and are not sure it is can run in Guards, please come and ask us. All of the Guards races are one-day events for competitors, with qualifying and the race on the same day. This helps to contain the time and cost commitment for competitors.”

In addition to the championship dates, there will be a special non-championship race at Cadwell Park (15th June), for up to 2-litre GT cars and up to 1600cc sports-racing cars only in order to meet track licence requirements. Due to the limited pit facilities at the Lincolnshire track, there will be two 15-minute qualifying sessions and two 20-minute races during the Saturday of the Wolds Trophy meeting.