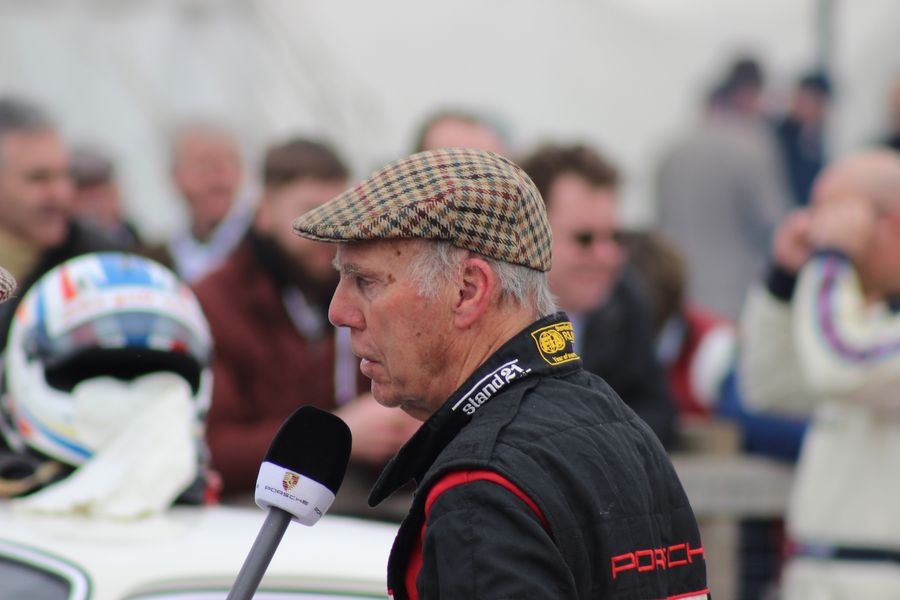 The Historic Sports Car Club has announced that Richard Attwood has accepted the position of Patron-in-Chief for the Club.

Le Mans winner, highly-respected racer and performance driving instructor Attwood is taking over the role from Sir Stirling Moss, who has stood down after a decade in the position. The Club gratefully acknowledged Sir Stirling’s support over the years and his enthusiasm for historic racing.

Attwood (79) is one of Britain’s finest racing drivers of a generation and enjoyed a glittering professional career in sports cars and Formula 1, topped by victory at Le Mans in 1970 at the wheel of a Porsche 917, before retiring from mainstream racing in 1984. However, he has continued to work closely with Porsche and has raced extensively in historic events ever since.

In recent seasons, thanks to his role with Porsche, Attwood has raced regularly with the HSCC in a Porsche 928 (70s Road Sports) and a Porsche 911 (Guards Trophy). He also enjoyed period success in Formula Junior and Formula 2, both now run as historic categories under the wing of the HSCC.

In 2020, he will mark 60 years since he started racing in a Triumph TR3 in 1960. He then joined the Midland Racing Partnership to race in Formula Junior, winning the Monaco Grand Prix-supporting Junior race in 1963 in a Lola Mk5a. His F2 prowess earned a place in the BRM F1 team and four years after he started racing he made his Grand Prix debut at Brands Hatch in the 1964 British Grand Prix.

His best F1 result came in 1968 with second place at Monaco for BRM but by then he was also established as a World-class sports car driver and was signed by Porsche for the 1969 World Sportscar Championship. In 1970, he shared victory at Le Mans with Hans Herrmann as the fearsome 917 gave Porsche its first Le Mans win. A year later he finished second in a 917 with Herbert Muller.

Richard retired at the end of 1971 but later returned to join the Aston Martin Nimrod project at Le Mans in 1984 before retiring once more. However, he has remained extremely active in his work with Porsche and in historic racing.

Attwood commented: “It’s nice to be thought of! I’ve thoroughly enjoyed racing with the HSCC in the 911 and the 928. The race meetings are run really well and the competitors are sporting. It is Club racing just as it should be and they are a great bunch of guys.”

Andy Dee-Crowne, CEO of the HSCC, said: “We are thrilled that Richard has accepted the position of Patron-in-Chief. His racing record is impeccable and to win at Le Mans in a Porsche 917 was an outstanding achievement. In recent times, Richard has raced with us and I know it has given many of our members a real buzz to share the grid with him. Richard epitomises everything that is good about our sport and we hope he will enjoy being our Patron-in-Chief.”

One of Attwood’s first formal engagements for the HSCC will be as guest of honour at the Club’s annual awards presentation evening on 23 November, when he will be joined by fellow Le Mans winner Andy Wallace to give the event a strong flavour of Le Mans.