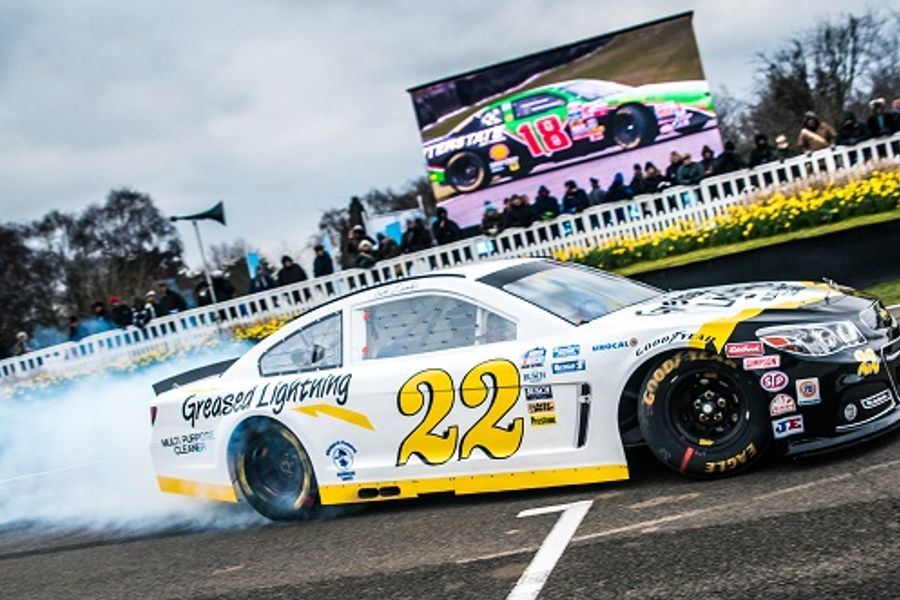 Goodwood has announced that the final high-speed demonstration taking place at the 77th Members’ Meeting will feature an awe-inspiring display of American muscle - NASCAR.

This announcement follows the news that the other high-speed demos will feature BMW M1 Procars and Le Mans Prototypes. All three demonstrations will feature on both days at the 77th Members’ Meeting, taking place 6th-7th April 2019 at the Goodwood Motor Circuit.

NASCAR has made solo appearances at past Members’ Meetings. Among those demonstrating these wild machines were Max Chilton in 2016, Mike Skinner in 2017 with his Toyota Tundra Truck and in 2018 Emanuele Pirro took to the wheel of one of these intimidating muscle race cars.

This year however will be the first-time multiple NASCAR machines will assemble as a group to take on the famous track. It is anticipated over a dozen cars will line up on the grid before setting off on a high-speed, high-volume demonstration run around the circuit.

NASCAR can trace its routes to the 1940s and the infamous ‘bootleggers’ who modified their cars in order to outrun the Police as they attempted to smuggle their moonshine across the southern states of America. Today, modern NASCAR engines produce around 850bhp from 5.8 litre pushrod V8s; this means the cars can achieve around 200mph in a straight line.

“I think for most fans NASCAR is all about the noise, and we will have that in abundance,” said Matt Hearn, Motorsport Content Manager. “The old-school pushrod V8 design is one of the greatest sounding engines of all time, and having over a dozen of them on track is sure to stop everyone in their tracks. It certainly won’t be for the faint-hearted!”