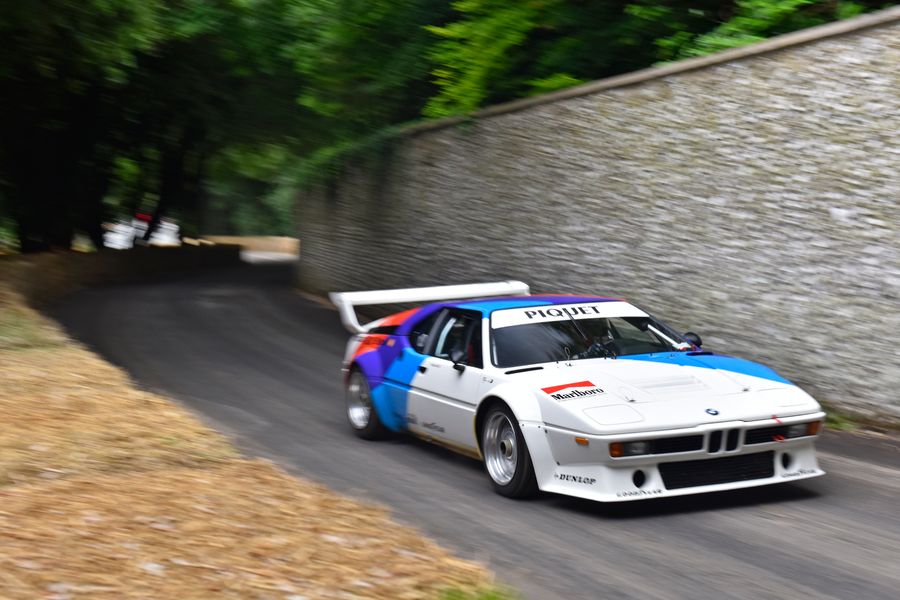 The BMW M1 Procar Championship ran in 1979 and 1980 as a one-make support series to the Formula 1 World Championship and saw most of the F1 field compete in identical BMW M1 coupes. Niki Lauda won the inaugural championship in 1979, with Nelson Piquet clinching the title in 1980.

The road-going M1, the first official M-badged BMW, featured the famed M88 3.5-litre straight-six engine, which was also found in many other early M road cars. It was designed by engineer Paul Rosche, who was also responsible for BMW’s World Championship-winning F1 turbo engine, and the V12 in the McLaren F1 road car.

The Procar was an entirely different beast from the road car. Most of the cars were built by Ron Dennis and his Project 4 Formula 2 team and, with Paul Rosche’s help, power soared from 277bhp in the road car to 470bhp in the Procar. The rest of the machine was also extensively modified to suit close, high-speed racing.

Hans Stuck competed in both seasons and said: “The Procar race was usually better than the Grand Prix itself. I loved racing those cars, it was the best thing ever, incredibly competitive and those straight-six engines made a wonderful noise.”

Will Kinsman, Head of Motorsport Content at Goodwood added: “The Procar championship has achieved almost mythical status as the ultimate F1 support series. These fabulous cars are seldom seen on track together, so we are incredibly excited to have them in action at the 77th Members’ Meeting. The team is working hard to secure as many cars as possible, and hope some of the drivers from the original two seasons will join us at the Motor Circuit in April for what will be a stunning sight and sound.”