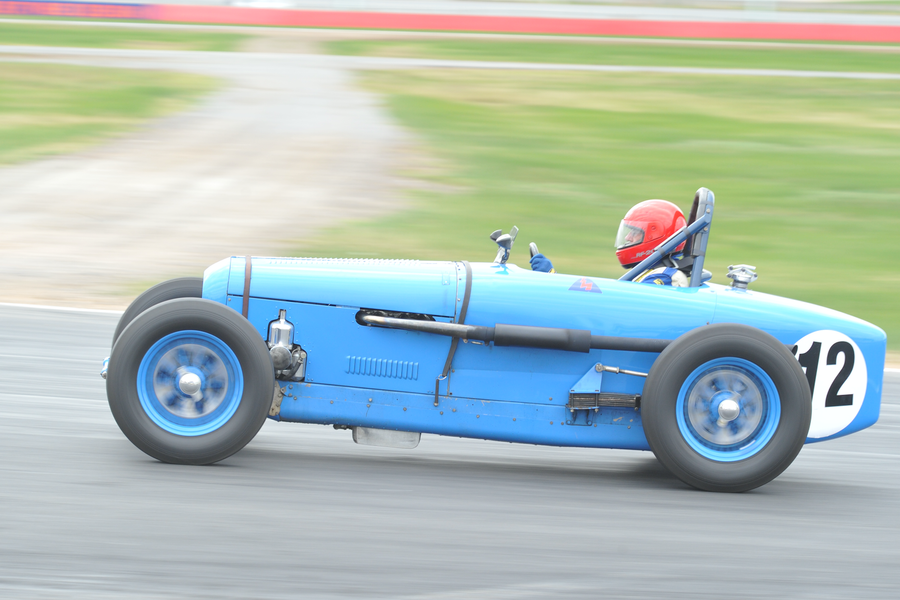 It’s 63 years in the race driver’s seat for Rick Perry who has been racing, building and maintaining cars since he was a teenager, starting with road trials then observed section trials, motorkhanas and finally circuit racing. Only missing a couple of Historic Winton events due to overseas trips, Rick remains loyal to this iconic Australian historic meet which will be held on 17th – 19th May.

Rick had planned to race in the very first Historic Winton 42 years ago but his car just wasn’t ready in time. This year, Rick will race his self-built 1927 Amilcar/Riley Special.

“Like most amateurs you learn as you go along. I’ve always played around with cars, had a liking for mechanical things back from the days when we were kids when we use to fly model planes, control liners stunters, combat and team racers.

You graduate when you first buy a car and then the interest is in racing.”

A longstanding active member of the Austin 7 club, who are the founders and organisers of Historic Winton, along with HMRAV (who manage the motorbike races), Ric enjoys racing on the unique track at Winton Motor Raceway.

“The Winton track is great for historic cars. It is forgiving and cars can spin off safely in lots of places, which I’ve done many times before."

He said that Historic Winton is one of the few race meets where spectators are allowed into the competition paddock.

“It’s good for spectators to be able to get up close to the pit and see the cars and interact with the drivers,” Rick said.

It’s a love of cars and the thrill of racing that keeps Rick involved, rather than the drive to win.

“My first, and only, win at Winton was a handicap event in my previous historic race car, a Holden Special.  It was the first time out with that car, and I think the handicappers were rather kind to me. It only happened once,” he said.