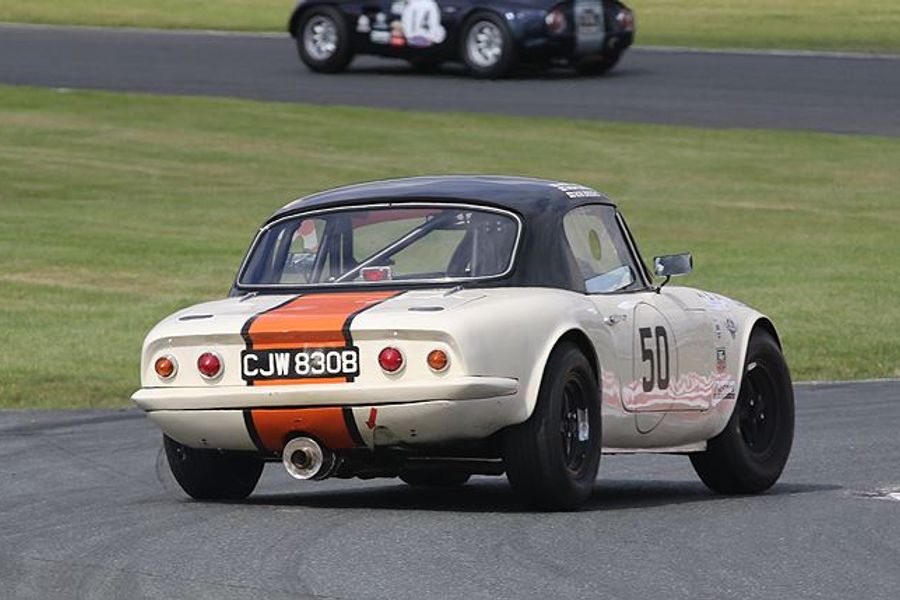 A remarkable total of 12-parent and off-spring teams will be racing at the Historic Sports Car Club’s season-opening meeting at Donington Park on Saturday 8th of April, including five father and daughter combinations in the same races. The HSCC is renowned as a family-friendly club and father and son partnerships are common in the longer two-driver races. However, Donington will feature five father/daughter rivalries on the same grids.
In the 40-minute Guards Trophy race, Bob Brooks will race against both his daughters by sharing two cars with Vicky and Kristy. Bob will share the family’s Merlyn Mk6 with Vicky and their Lotus Elan with Kristy, so he will be on track against both daughters at some point in the race.
In Historic Formula Ford 2000, Graham and Jennifer Ridgway now have a pair of Reynard SF78s so they can both contest the Donington race. Last season they shared a single car in alternate races.
Roger and Rachel Arnold will race each other in Historic Formula Ford in their pair of Merlyn Mk20s, while seasoned Classic Clubmans racer Clive Wood (Mallock Mk20B) will be joined on the grid by his daughter Philippa Tanner-Wood who will make her racing debut in a Mallock Mk16.
Andy Langridge and his daughter Alison will both be racing, albeit in different races. While Andy races the ex-Ian Taylor March 733 in Classic F3, Alison will start her first full season of racing in Historic FF1600 in a Lotus 61.
A total of five fathers and sons will also be racing, with Mark and Will Leverett competing against each other in the 70s Road Sports race in a Lotus Elan and Lotus Europa respectively. Charles Barter is also in the 70s Road Sports race in his Datsun 240Z but his son Julian, a former champion, will tackle the Guards Trophy race by sharing Peter Shaw’s Lotus Elan. Also in the Guards Trophy race will be Hugh and Mark Colman in their front-running Chevron B8.
Father and son Robert and Daniel Bremner will share Robert’s AC Cobra in the Guards Trophy, while Richard and Will Plant will each race a Morgan +8 in Historic Road Sports and 70s Road Sports.
Finally, Robert Tusting and his son Ben will both race single-seaters. Robert is among the vast Historic FF1600 entry in his Lola T200 and Ben will make his Classic F3 debut in their Martini MK34.
HSCC Historic Formula Ford 2017 Donington Park