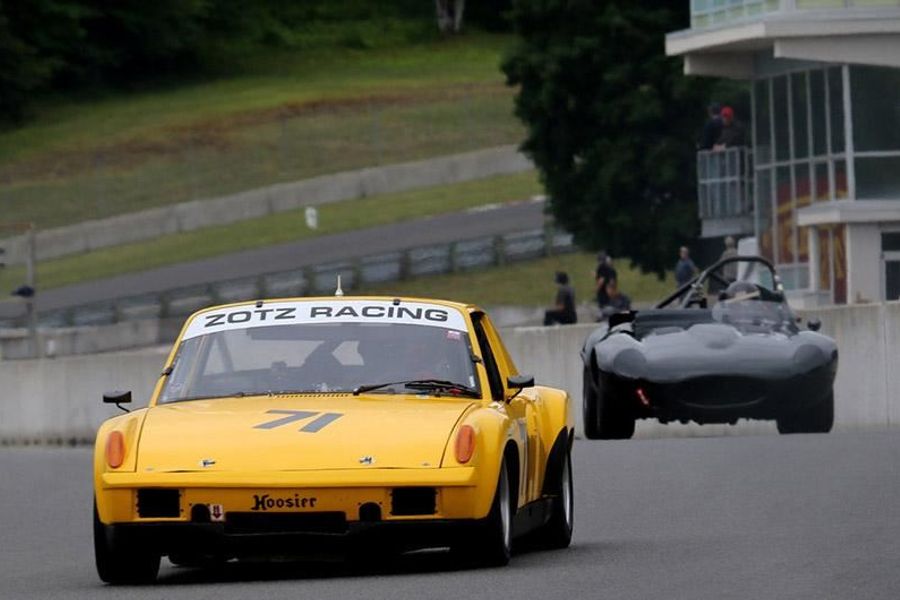 Historic Sportscar Racing (HSR) once again partners with the Historic Motor Sports Association (HMSA) in hosting this weekend's 13th edition of the Le Sommet des Légendes at the beautiful Le Circuit Mont-Tremblant, July 7th - 9th, in the Canadian Province of Quebec.
The full-weekend event will celebrate historic and vintage race cars from the past 50-years, showcasing everything from Prototypes from every generation, a full lineup of early and more contemporary "Classic Monoposto" and Formula Libre single-seat race cars, small-displacement sports cars and big-bore GT machinery.
The competition is made up of six period-correct Run Groups, very similar in categories and competition to HSR's class structure, and this weekend's races will be points-paying rounds of the 2017 HSR series championships.
Le Circuit Mont-Tremblant itself is as legendary as the vintage and historic race cars that return to the twisty 15-turn road course this weekend.
The very first SCCA Can-Am race, the Player's 200, was held in 1966 at Mont-Tremblant. In addition to Can-Am, Le Circuit has also hosted over the years the Formula 1 Canadian Grand Prix, Trans-Am and the GRAND-AM Rolex Sports Car Series.
The race course is located right next to the Mont-Tremblant Ski Resort and Village that keeps its spectacular facilities and five-star restaurants open nearly year round.
In addition to this weekend's Le Sommet Des Légendes, the Mont-Tremblant Village will be kicking-off its week-long International Blues Festival, with blues music artists from around the globe performing in over 100 free shows.
Following an unofficial test on Thursday, the official three-day weekend schedule begins today with Friday and Saturday practice and qualifying, Saturday afternoon heat races and Sunday feature races.
The Le Sommet Des Légendes featured Enduro race will be run Saturday at 4 p.m.