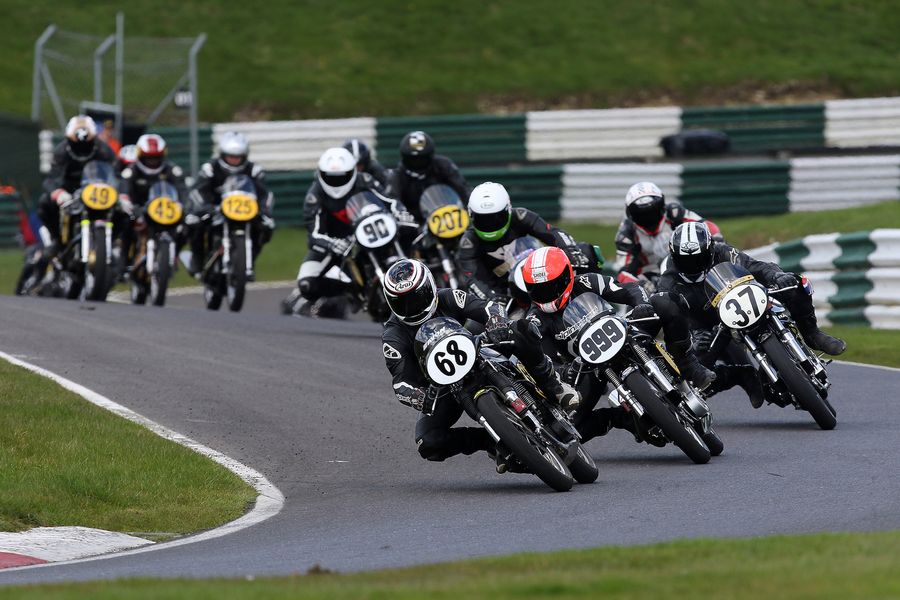 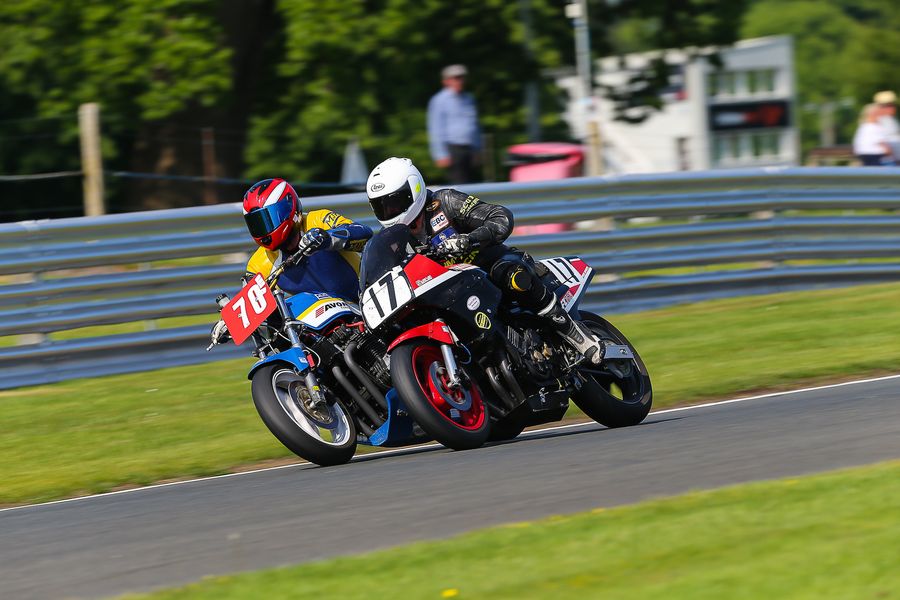 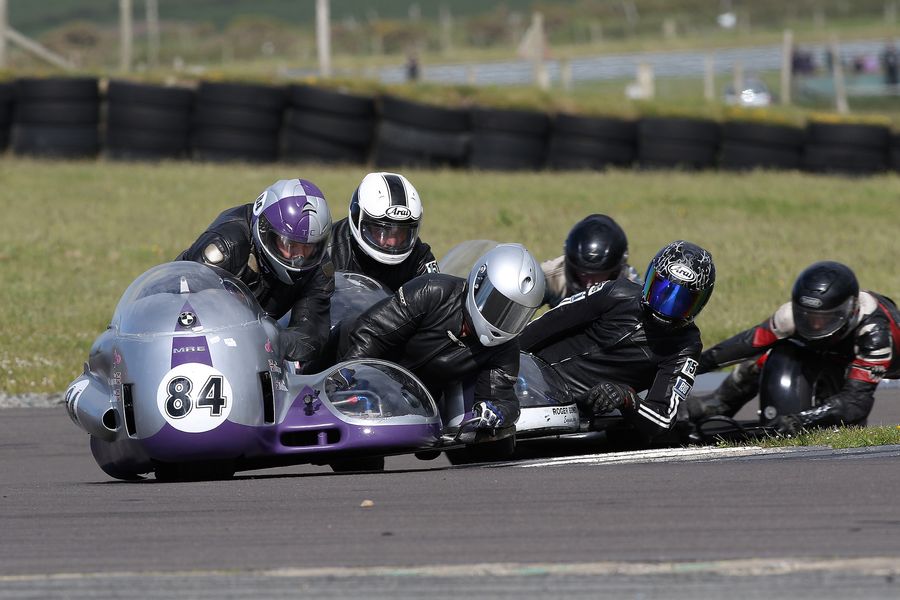 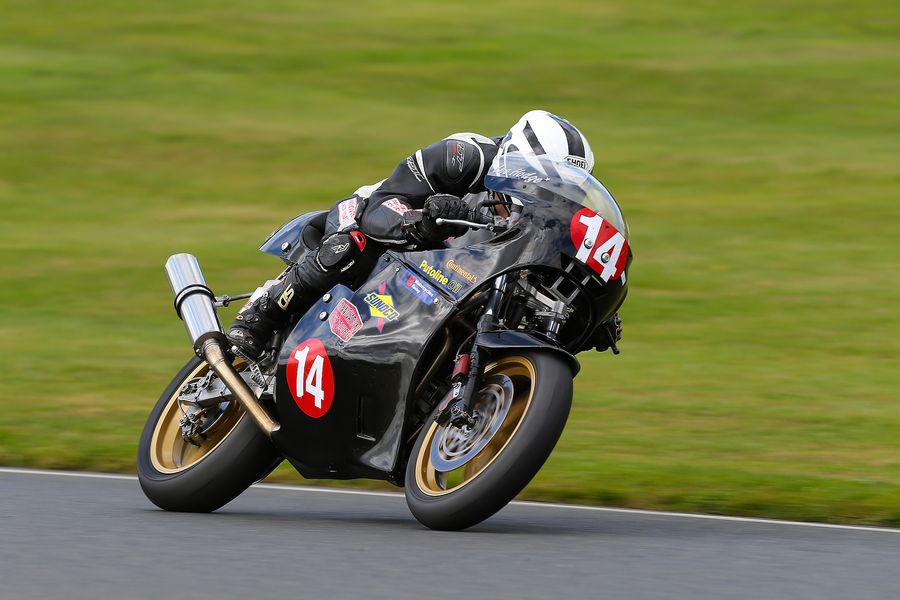 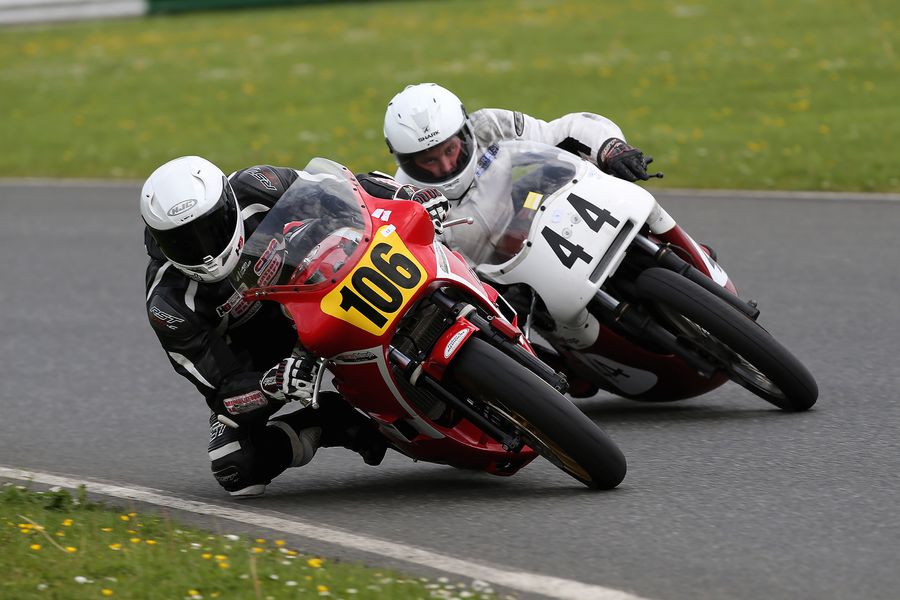 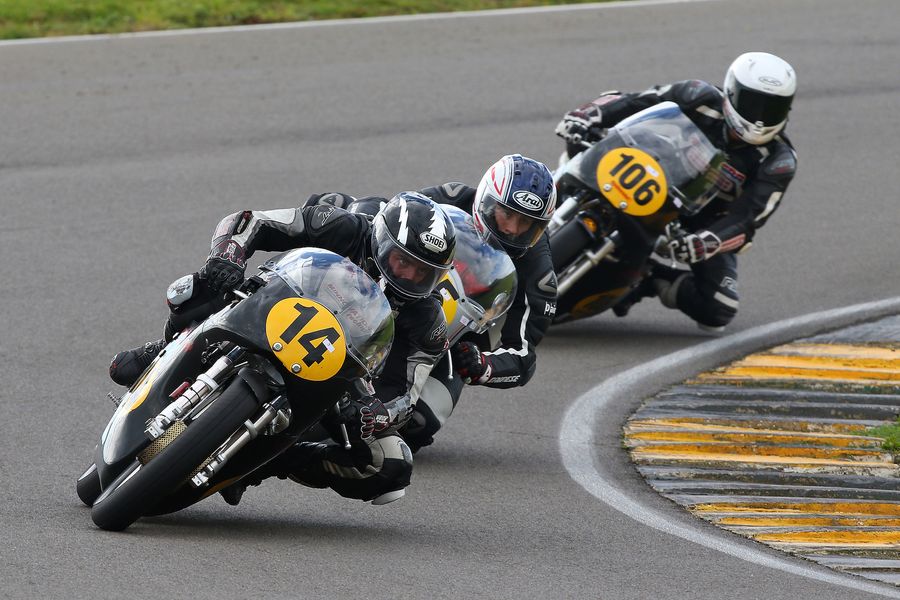 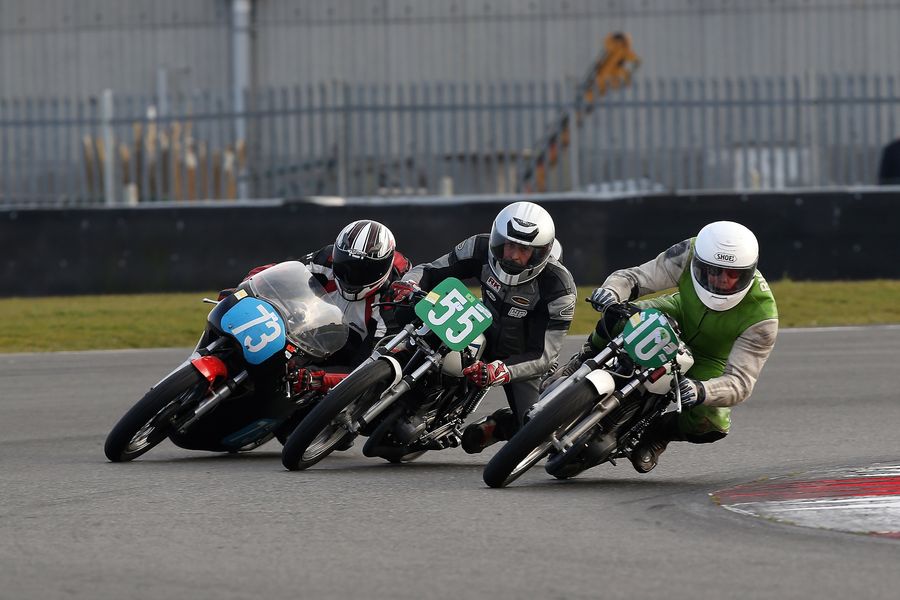 We have been unashamedly focussed on historic car racing on HistoricRacingNews.com, so to redress the balance just a little our friend Graham Lawlor from the UK-based Classic Racing Motorcycle Club provides an introduction to that fine organisation and its varied forms of racing:

The Classic Racing Motorcycle Club (CRMC) is the pre-eminent UK organisation providing classic and post classic motorcycle racing. The club’s stated mission is a dedication to the preservation and use of post war racing and sports machines.

Its origins lie in a meeting that took place forty years ago literally in a smoke filled room at Donington Park circuit. At that time the predominantly European bikes that had been the mainstay of post war British motorcycle racing had become largely uncompetitive against the arrival of waves of Japanese machinery, particularly the super quick and affordable two stroke rocket ships epitomised by the Yamaha TD1C.

Almost overnight all those factory built Manx Nortons, G50 Matchless and 7R AJSs; the stylish Italian Aermacchi and Ducati singles and the multitude of Norton, BSA and Triumph twins plus many others had nowhere to race competitively. The thinking was that these bikes were no longer worth keeping and, indeed, many were consigned to the scrap heap.

Fortunately, there was another school of thought developing around the idea of running events purely for these older so-called ‘Classic’ racers. Among those thinking along these lines were Alan and Stella Cathcart and Dick Linton and it was these three who instigated that initial get together, largely through word of mouth.

They travelled somewhat trepidatiously to Donington that December evening, fearing whether they would be welcomed by the sight of an empty room. They need not have worried, the turnout was huge and by the end of the evening the CRMC had been born with over three hundred signed up members! The first race meeting was held at Snetterton on 17th August 1980 and the club has thrived ever since.

Owing to the advance of time and the accompanying changes in demographics and costs it would no longer be possible for CRMC meetings to be viable today if confined to the types of machine that filled the grids in those earlier years. So while the Classic era classes (i.e. pre-1973) will always remain at the heart of the CRMC there has been a gradual introduction of what are referred to as Post Classic (PC) machines, which are mainly but not exclusively the Japanese bikes that came to dominate racing after the classic era.
Currently the PC cut-off is December 1986 but bearing in mind that even the youngest of these machines is now thirty three years old there is currently a review of whether it would make sense to allow the introduction of certain classes for more recent machines.

The CRMC provides championships for solos from 125cc to 1300cc and sidecars from 750cc to 1300cc ranging from factory produced race machines and Grand Prix specials to clubman class bikes developed from road bikes and “Proddie” racers based on standard specification machines.

With well over twenty classes the variety is enormous with everything from 125cc two-strokes to 1300cc Superbikes and just about everything in between. Two or four stroke, one to four cylinders, two or three wheels - you’ll see and hear it at a CRMC meeting. As the accompanying photos by Russell Lee show, the intensity of competition is as fierce as you will find at any level of motorcycle racing; these bikes were made to be raced and that’s exactly what you will see.

Some of the most popular classes such as Junior Production can fill a grid on their own but the majority of events consist of two or more classes designed to produce close, competitive racing and full grids. The CRMC is also proud to run two ACU UK national championships - 500cc Classic and Unlimited Post Classic - and regularly hosts the Lansdowne Series for GP solos of the 1950s and 60s. A typical CRMC weekend includes around forty races with sometimes barely a couple of minutes between events. There are also two parades per day, these providing the opportunity for riders to exercise their race bikes round the circuit during a race weekend but without any competitive element.

Many readers of HistoricRacingNews.com will have seen guest motorcycle racing events at car meetings such as the Goodwood Revival, but if you’ve not watched classic bike racing in its rawest, most intense form why not come along to a CRMC meeting this summer? The season kicks off at Castle Combe on 6th/7th April followed by Pembrey (4th/5th May); Cadwell Park (8th/9th June); Anglesey (6th/7th July); Donington Park Classic Festival (3rd/4th August); Mallory Park (31st August/1st September) and Snetterton (28th/29th September). It’s a guaranteed all action weekend of non-stop, totally committed racing…so what’s not to like?

You will find stacks of further information on the CRMC’s at www.crmc.co.uk.