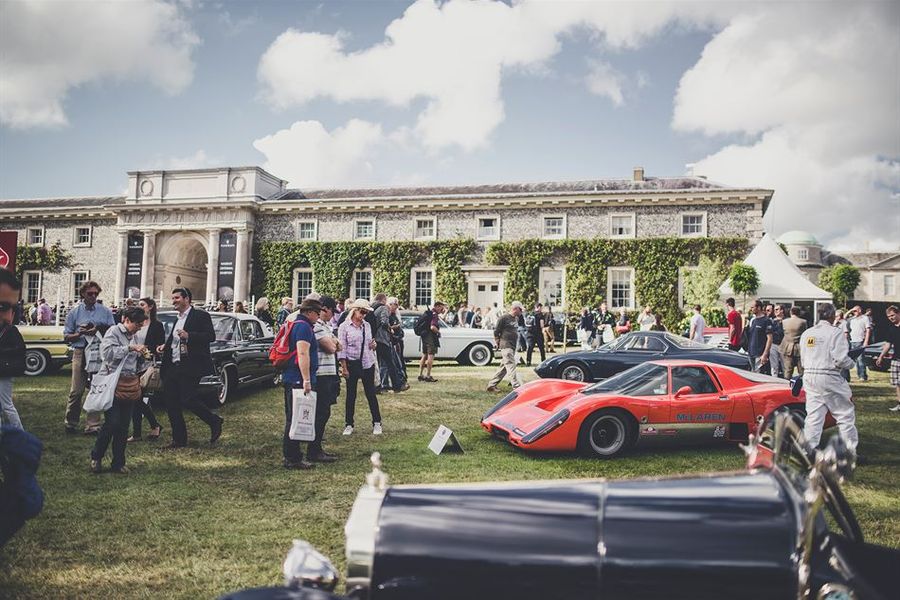 For more than 20-years one of the most popular and stylish attractions alongside the host of classic race vehicles on show or taking on the hill at the annual Goodwood Festival of Speed presented by Mastercard has been the Cartier ‘Style et Luxe’ Concours d’Elegance, with this year promising to be no exception.
From Thursday June 29th to Sunday July 2nd, a varied and intriguing selection of both pre-and post-war motor cars will grace the calm and tranquil Cartier Lawn at the Festival with seven dedicated car classes vying for the Goodwood visitors’ attention and the judges’ highly-prized ‘Best of Show’ award.
Laurent Feniou, Managing Director of Cartier UK, will host the judging of the concours on Sunday July 2nd and said; “The concours, now in its 22nd edition echoes Cartier’s values of innovation and creative design.”
The seven classes for the 2017 Cartier ‘Style et Luxe’ offer car connoisseurs and the generally curious alike a rarely-seen mix of around 50 elegant, expensive, exotic, eclectic and exceptional cars.
The early pre-war period of motoring is represented by two car classes, the first dedicated to the intriguing steam motor carriages built by the famous Stanley marque, founded in the USA 120 years ago. The second Cartier class sees the 110th anniversary of the remarkable Rolls-Royce Silver Ghost being honoured with some significant examples of this unique motor car on display.
Goodwill will also be celebrating two 70th anniversaries, with an eye-watering display of exceptional Ferrari 250s, plus Aston Martin DB models from the David Brown-era of ownership of this prestigious British sporting marque.
The Italian theme continues with graceful Maserati GTs marking the 60th anniversary of the Modena company’s legendary 3500 GT. Also, the iconic Nuova Fiat 500, launched to huge acclaim and instant popularity in 1957.
Last but definitely not least is a class of exotic high-speed ‘hypercars’ to mark the 25th anniversary of the first delivery of the 106 McLaren F1 - delivered to its very lucky owner in 1992.