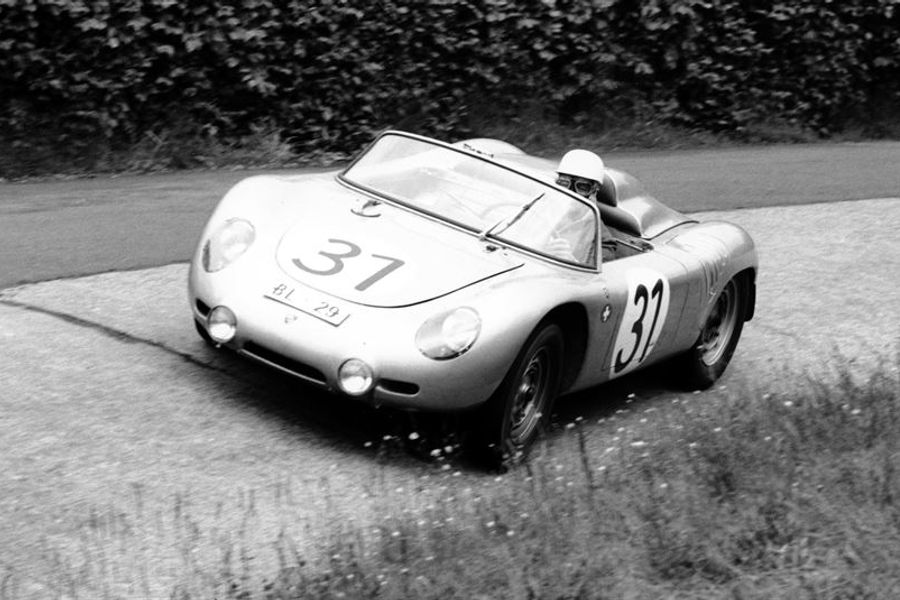 Championship winning Porsche race cars, the engineers who designed them, and the men who drove them to victories around the world will be reunited around the track for Porsche Rennsport Reunion VI (RRVI) at WeatherTech Raceway Laguna Seca near Monterey, California, September 27-30.

The 2018 theme "Marque of Champions" focuses on the legends of the brand and will bring together the world's largest gathering of Porsche race cars and enthusiasts.

The guest list includes names inscribed in Porsche motorsport history: Hurley Haywood, the most successful American endurance driver ever; Brian Redman, co-creator of Porsche Rennsport Reunion and racing driver extraordinaire, Vic Elford, who is celebrating the 50th anniversary of his legendary 1968 season, Norbert Singer, lead engineer known as the father of the Porsche 962 as well as the man behind the Carrera GT V10 engine; and Jacky lckx, six-time Le Mans winner, will all be in attendance along with many others. Overall, there will be 50-plus legendary drivers on hand, signing autographs and making appearances on and off the track.

The other heroes of RRVI are of course the cars. The 919 Hybrid Evo, which Timo Bernhard recently piloted to a 5:19.55 record lap on the Nürburgring-Nordschleife, will be on site. A special Champions Garage will be located in pit row to display 11 victorious Porsche race cars, among them:

718 RS Spyder, 1960, Porsche AG
With a double wishbone rear suspension and a larger Type 547/3 flat-four cylinder mid-mounted engine, this early predecessor of the modern Boxster won the first major endurance race for Porsche in 1960 at the 12 Hours of Sebring with Hans Hermann and Olivier Gendebien in their No. 42 718 RS 60.

Porsche 911 Carrera 3.2 4x4 Paris-Dakar (953)
Porsche takes on the greatest challenge in off-road racing and tackles the Paris-Dakar Rally for the first time in 1984. For the 14,000 kilometres through the Sahara, Porsche conceives the 911 3.2 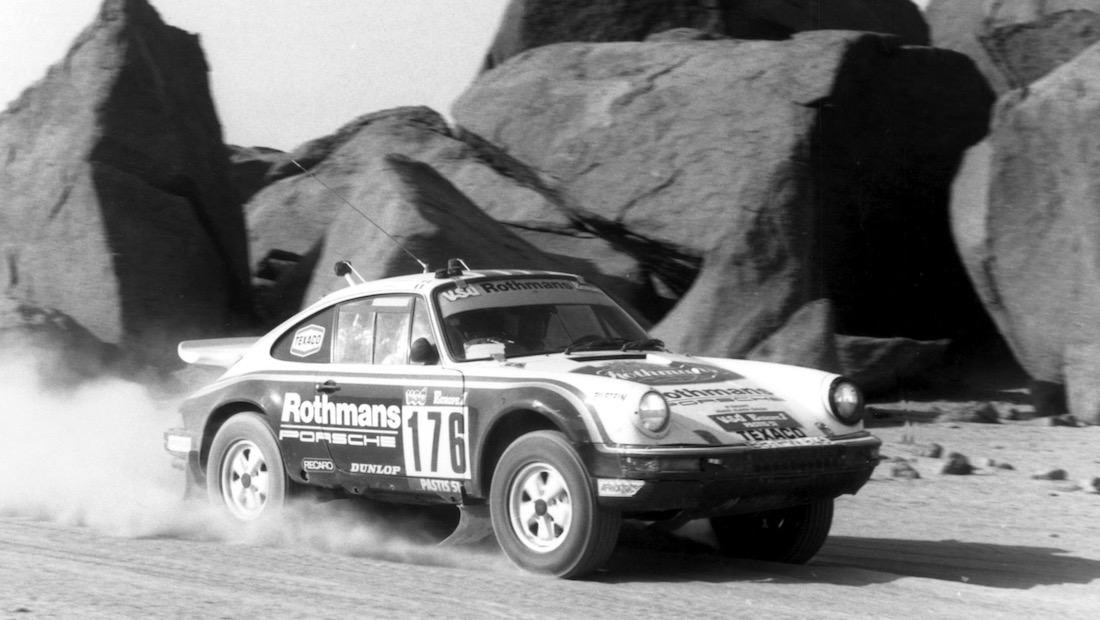 4x4 (953). With reduced compression for poor quality fuel, the near-standard 3.2-litre engine delivers 225 hp. The power distribution between the front and rear axle is 31:69. The centre differential can be locked manually. Thanks to 27 centimetres of wheel travel, double wishbone suspension with double shock absorbers at the front and a reinforced rear axle with additional coil springs, this 911 can cope with all terrain. The luggage compartment houses a 120-litre fuel tank, with an additional 150-litre tank mounted behind the driver’s seat. The body is reinforced with a welded-in steel cage. Doors, roof, front fenders and the side and rear windows are made of plastic.

Porsche RS Spyder, 2008
Over a three-year period, the LMP2 class racer won three manufacturer championships in the American Le Mans Series, most notably winning the 2008 12 Hours of Sebring. That Sebring victory in the LMP2 class was the first win for a car outside the top prototype class in 14 years. The RS Spyder, which was named with a nod to the 550 Spyder of the 1950s, contributed to the development of the 918 Spyder supercar and 919 Hybrid racecar. 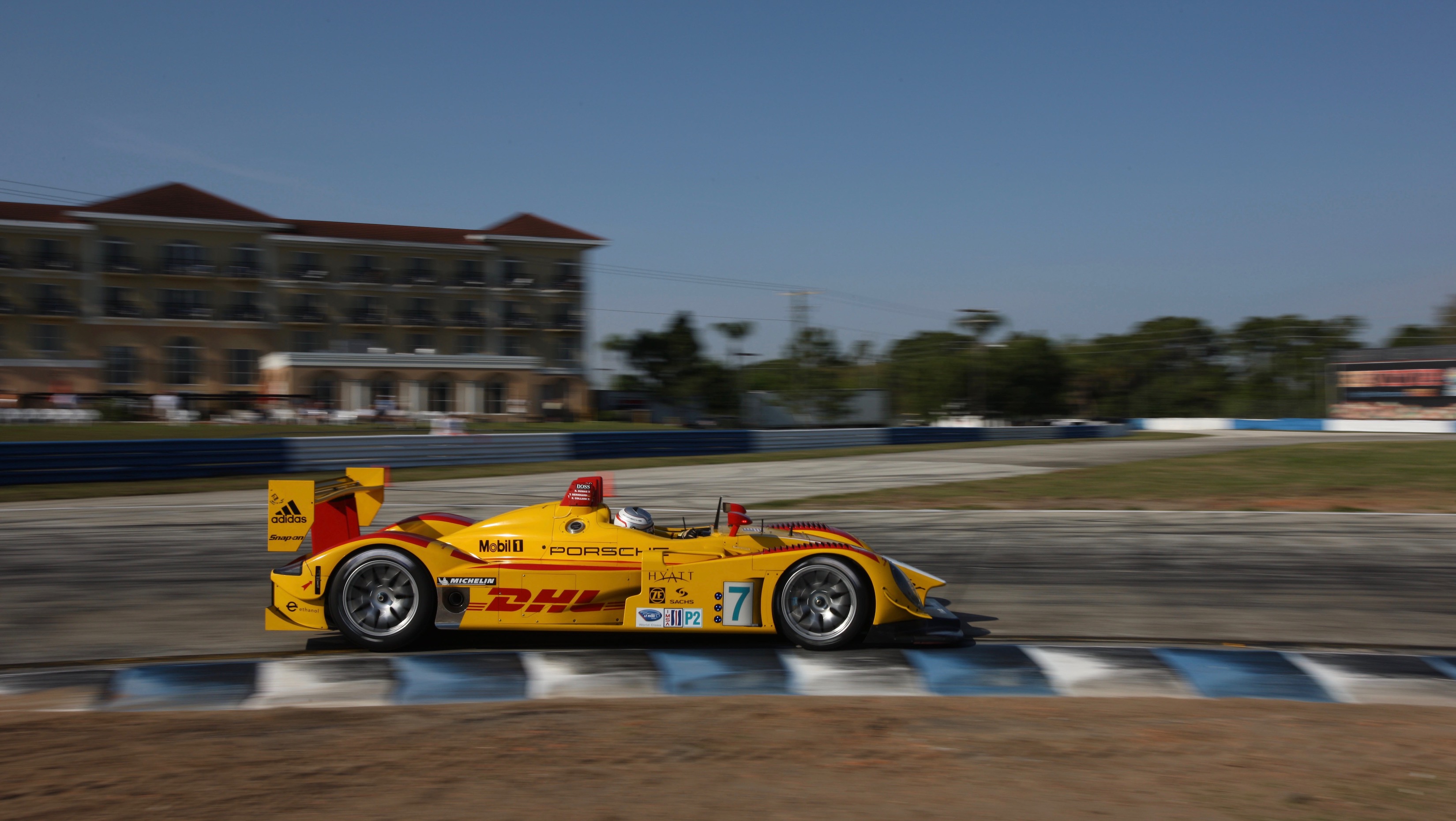 Linking the rich history of Porsche cars to the future of e-mobility, the 356 "No.1" Roadster will make an appearance along with the all-electric Concept Study Mission E. The "No. 1" will be in the Porsche Paddock Hospitality area while the Mission E will be shown in the Porsche Exclusive Manufaktur area. Other displays include more than 1,300 cars in the Porsche Club of America corrals and 70 significant race cars in the Porsche Heritage tent.

Overall, there will be 350 Porsche race cars competing in seven different classes, spanning from the 356 through the 917 to modern 911 GT cars, and many more.