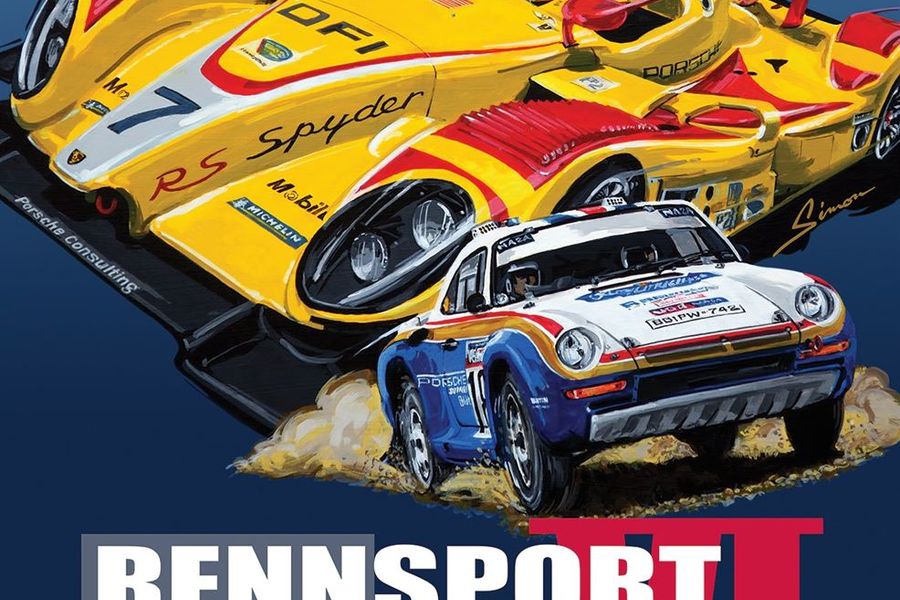 Porsche Cars North America (PCNA) this week unveiled the artwork commissioned to represent Rennsport Reunion VI, the sixth iteration of the world’s largest gathering of all generations of Porsche race cars and their drivers.

Nearly 60,000 people came to Laguna Seca for the previous Rennsport Reunion in 2015. It is the world's largest gathering of vintage and contemporary Porsche race cars, those who have driven and engineered them, and fans. Hosted by PCNA, Rennsport Reunion VI will again feature the widest variety of historic racing models in competition as Porsche celebrates the 70th anniversary this year of its first sports car.

This year’s event will honor the full pantheon of Porsche motorsport champions, and the poster depicts three of the most significant players: the 1960 12 Hours of Sebring-winning Type 718 RS 60, the first overall endurance race winner from Porsche; the 2008 RS Spyder which famously punched above its weight by winning races overall in the American Le Mans Series in the Le Mans Prototype (LMP2) class; and the 959 Group B rally car, which after winning the grueling 6,200 mile Paris-Dakar off-road rally in 1986 went on to become the world’s fastest production street-legal road car. 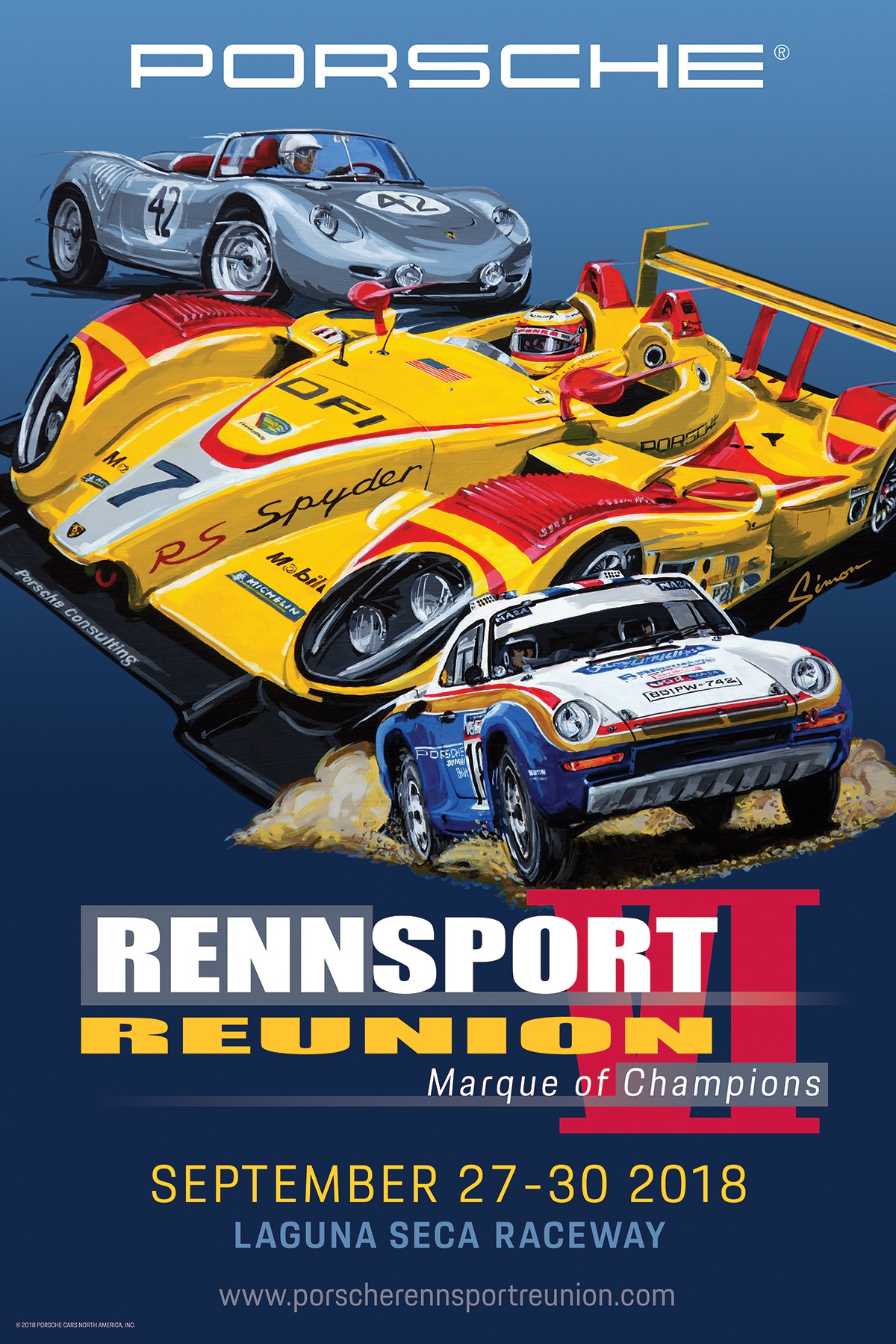