Exotics the Stars of the Amelia's Motorcycle Class 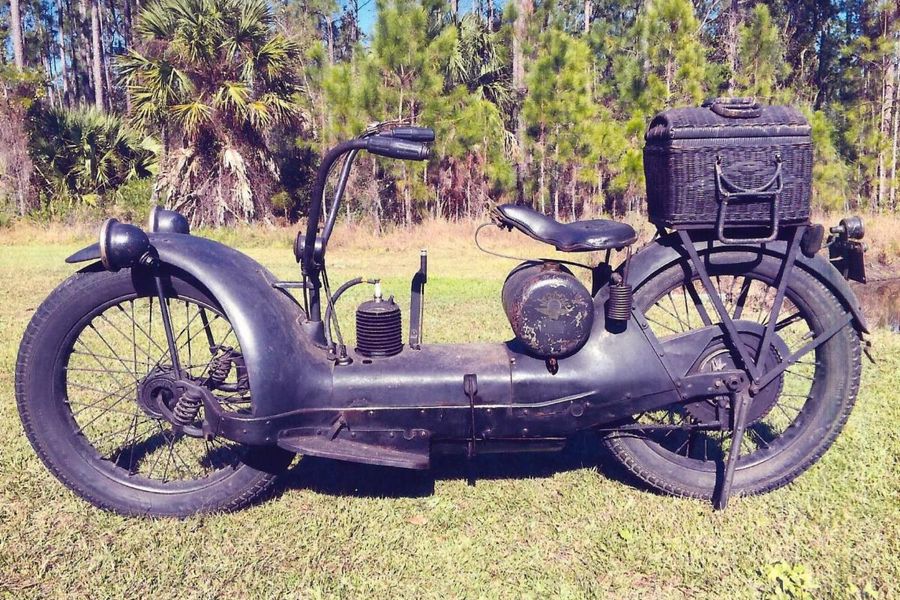 Perhaps the most bizarre of the nine motorcycles in the Silver Anniversary Amelia Concours’ IT’S COMPLICATED Motorcycle Class is the feet-forward, hub-center steering front wheel 1922 Ner-A-Car (pictured above). With its pressed steel frame the Ner-A-Car was “nearly a car”. More than 6,500 Ner-A-Cars were built in the United States and Britain.

The low slung steel channel perimeter frame and hub-center steering contributed to the Ner-A-Car’s exceptional stability. Edwin G. “Cannonball” Baker rode a Ner-A-Car from New York to Los Angeles in 1922. The 3,364.4 mile enduro took a record-setting 174 hours. Despite its unusual appearance and design, the Ner-A-Car worked mechanically and dynamically, if not commercially.

More recently, Ducati engines have enjoyed a reputation for exquisite engineering. The 125 cc Gran Prix Desmo three-cam Ducati features an unusual method that both opens and closes their valves. The desmodromic -- Desmo -- valve train system does not use springs to close or open the valves. It employs three cams and has a valve closing lobe that practically eliminates the possibility of valve float that can afflict high-revving engines. It has become a Ducati engineering trademark that has even found its way into the company’s potent marketing DNA.

Ariel’s Square Four (below) promised the dynamics and trimness trimness of a vertical twin mated to the smoothness, flexibility and performance of a multi-cylinder design. In 1953, the ‘four pipe’ 997 cc Ariel Square Four Mk II was released, with separate barrels and a redesigned cylinder head with four separate exhaust pipes.

But the price of the MkII Square Four strayed into automotive realms. By the late 1950s a new generation of high performance British twins and the nascent Japanese motorcycle industry eased the Square Four aside and production of the MK II (1953-1959) ceased. But it remains a cult classic and one of the most desirable British exotics.

“It’s something of an Amelia tradition to display exceedingly rare vehicles and in some cases cars and motorcycles that many serious aficionados did not even know existed,” said Duss. “I hope that’s the case with some of the Silver Anniversary It’s Complicated entries in 2020.” 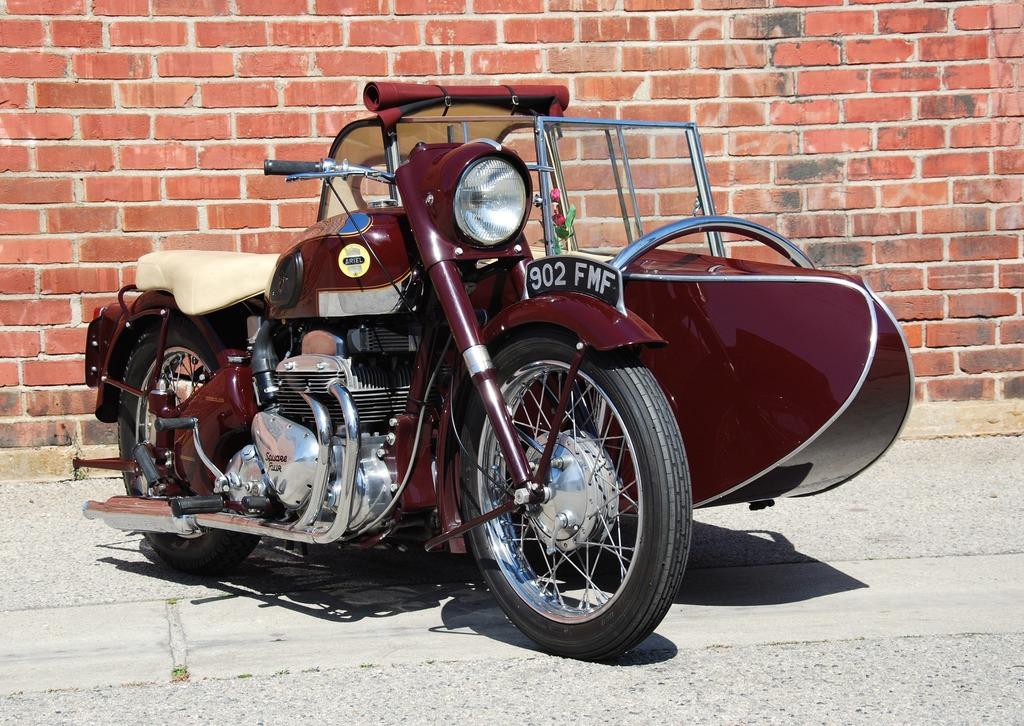