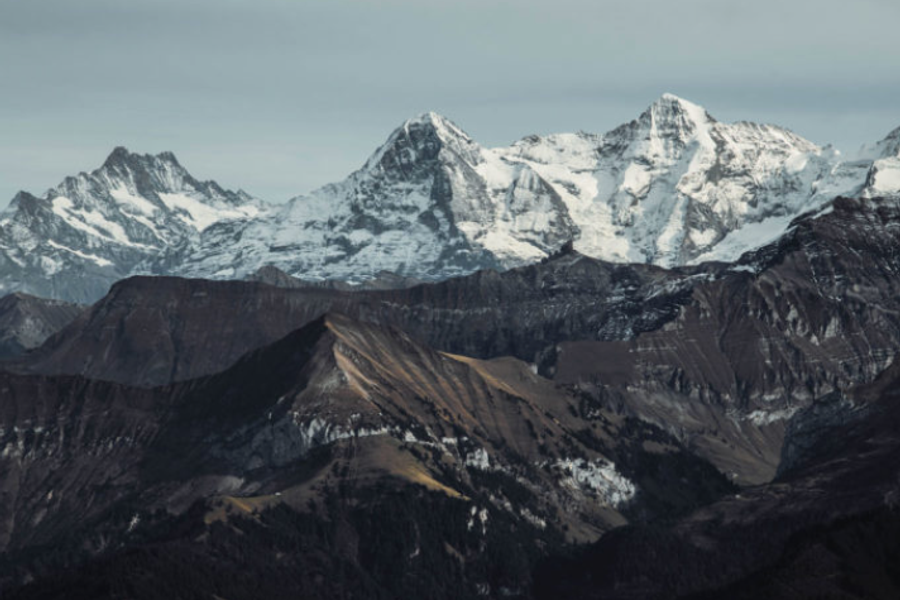 The Coppa delle Alpi 2019, a regularity race officially included in the Italian Great Events Championship and the first winter race organised by 1000 Miglia Srl, the company that has been organising the Red Arrow race since 2013, is ready for tomorrow’s start with about 50 cars, built before 1976, that will compete in four legs along the Alps of Italy, Austria, Germany and Switzerland.

On Wednesday, December 4th, the crews will leave from Brescia and, driving along the scenic stretch of the Gardesana, will reach the Val d'Adige and conclude the first leg, after having carried out the special trials, with the awarding of the Brixen Trophy: the first trophy linked to the city legs will be followed by the Seefeld Trophy for the second day and the St. Moritz Trophy for the third.

After leaving on the second day of the race (Thursday, December 5th), the cars will head to Cortina d'Ampezzo where they will parade before driving to the Three Peaks of Lavaredo, after which they will travel towards the Austrian border and arrive in Seefeld in the afternoon: here the cars will be presented to the public while parading in the central Dorfplatz. During the leg, the competing cars will be challenged to overcome three Alpine passes (Sella, Pordoi and Falzarego), a hard test for the endurance of the crews and the vehicles.

The most impressive passages of the third leg (Friday, December 6th) from Seefeld to St. Moritz will be the initial sections towards Germany, the Schwangau lake area and Neuschwanstein Cas-tle, until reaching the characteristic Lake Resia.

On the fourth and last day – Saturday, December 7th – the cars will return to Italy passing by the lake of Livigno and the quarry of Montebello in Pontresina and end the race in the centre of Ponte di Legno. In the evening, a spectacular climb to over 2,500 meters for the prize-giving ceremony in the unique scenery of the Presena Glacier at Passo del Tonale.

Among the many cars participating in the Coppa delle Alpi 2019 organized by 1000 Miglia, there are some models of great historical value such as the 1932 Alfa Romeo 8C 2300 driven by the Dutch crew van Haren-Hendriks or the 1932 FIAT 514 Coppa delle Alpi driven by Pietta and Laz-zarini from Brescia. Not to be missed is the passage of the 1935 vintage English car Lagonda M45 Rapide driven by Siegried Gronkowski and Sascha Haarbach from Germany or the 1931 Alfa Ro-meo 1750 GT Zagato of the Dutch crew Van Gerwen-Van Ingen, as well as the 1951 Aston Martin DB2 of Michel Decremer and Marie Claire Martens from Belgium.

Thanks to the victory obtained in the Trofeo Franciacorta Outlet Village 1000 Miglia Preview, which offered the prize for participation in the Coppa delle Alpi 2019, Andrea Belometti and Doriano Vav-assori will be at the start with the car number 1, a 1937 Fiat 508 C.

The top overall winners and the winners of the three Trophies from the city legs of Brixen, Seefeld and St. Moritz will receive a guarantee of acceptance for the 1000 Miglia 2020.

“One observation comes to me spontaneously,” said Aldo Bonomi, President of Automobile Club Brescia, “if the road conditions remain those of the past few days with abundant snow as in the mountains, a better name than Coppa delle Alpi could not have been chosen for this appointment that closes the competitive season of motor racing in Brescia, in which the Automobile Club of Brescia, at the end of 2019, also obtained recognition for the tech-nical value of both the Rally 1000 Miglia and the Trofeo Valle Camonica, brought back in their own right among the Italian championship tests. And this for us is grounds for satisfaction as well as an acknowledgement of the quality of our work."

“The Coppa delle Alpi is a great thrill for us,” Franco Gussalli Beretta, Chairman of 1000 Miglia Srl, “both for the sporting aspect and because it represents an organisational test bed of considerable commitment and difficulty: for the first time we are put-ting our know-how in a winter race on the roads of four different countries. We want it to be a great success and we are proud to make the crews relive the unique sensations of one of the oldest tra-ditional races." 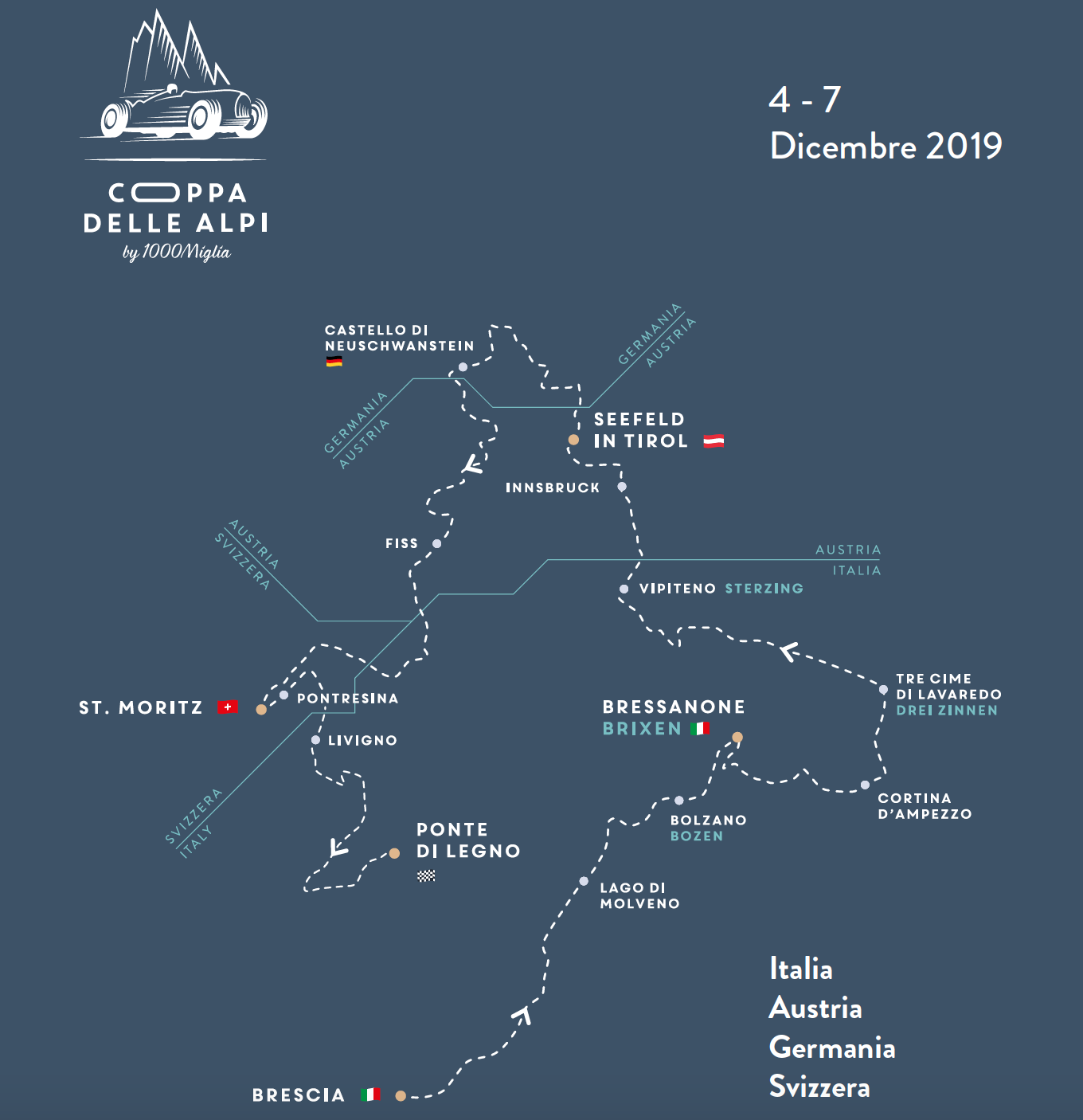