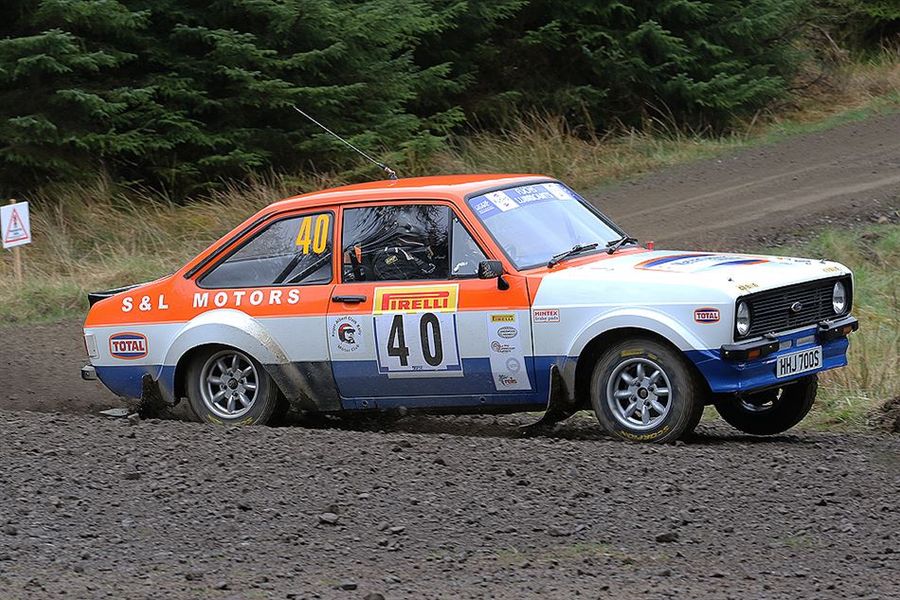 The FUCHS LUBRICANTS MSA British Historic Rally Championship resumes with round three on the ATL Carlisle Stages (Friday/Saturday 8th/9th June) as the championship contenders head back to the daunting challenge of the Kielder forest complex.

The Carlisle Stages will offer BHRC crews 45 stage miles across six stages. On Friday evening, the first crews leave Carlisle at 6pm for three stages in the Kershope region. The Category 1 and 1600cc historic crews will run first on the road in reverse order before the balance of the historic and Rally2 crews.

On Saturday morning, the crews will tackle three more stages alongside BTRDA contenders before finishing back in Carlisle from around 11am. This event will mark the first time in three years that historic crews have run at the head of the field, thanks to the recent MSA relaxation of running order rules. The Ford Lotus Cortina of Paul Mankin and Desmond Bell will be the first car through all six stages.

The battle at the head of the field is shaping up for a re-run of the fantastic contest that decided the Pirelli Rally in late April when championship leaders Paul Barrett and Dai Roberts took a narrow win over Matthew Robinson and Dave Robson. Robinson will have regular co-driver Sam Collis back this time around and will be determined to turn the tables on Barrett in what is sure to be a sporting fight.

Class D3, for the Pinto-engined Escort Mk2s in Category 3, is proving to be superbly competitive this season and it is Stuart Egglestone and Brian Hodgson who currently set the standard. However, chasing very hard will be the similar cars of Ben Friend/Cliffy Simmons and Josh Browne/Jane Edgington. Friend and Browne are two of the fast-rising young guns of historic rallying.

Finally, class C3 promises another fierce class contest between the quick Escort Mk1s of Josh Carr/Ben Hall and Mike Simpson/Dale Gibbons. Carr has had a character-building season to date with an engine failure in Wales and gearbox failure on the Pirelli. He is hoping this will be a case of third time lucky.

A great field of cars, now running first on the road, will line-up for the third round of BHRC2 and it is the class C2 Escort Mk1s that should set the pace in the hands of Robin Shuttleworth/Ronnie Roughead, husband and wife crew Stuart and Linda Cariss and David Gathercole/Ken Bills. Lining up against the Escorts will be the flying Hillman Avenger of Ken Graham and Rory McCann.

Topping the Category 1 field is the Porsche 911 of Pirelli winners Rikki Proffitt/Graham Wild and the Lotus Cortina of 80-year-old legend Bob Bean and co-driver Miles Cartwright who topped the category on round one. Paul Mankin and Desmond Bell will head the chase of Bean in their Lotus Cortina, while from class B3 is the astonishingly rapid Ford Anglia of Malcolm Rich/Arwel Blainey.