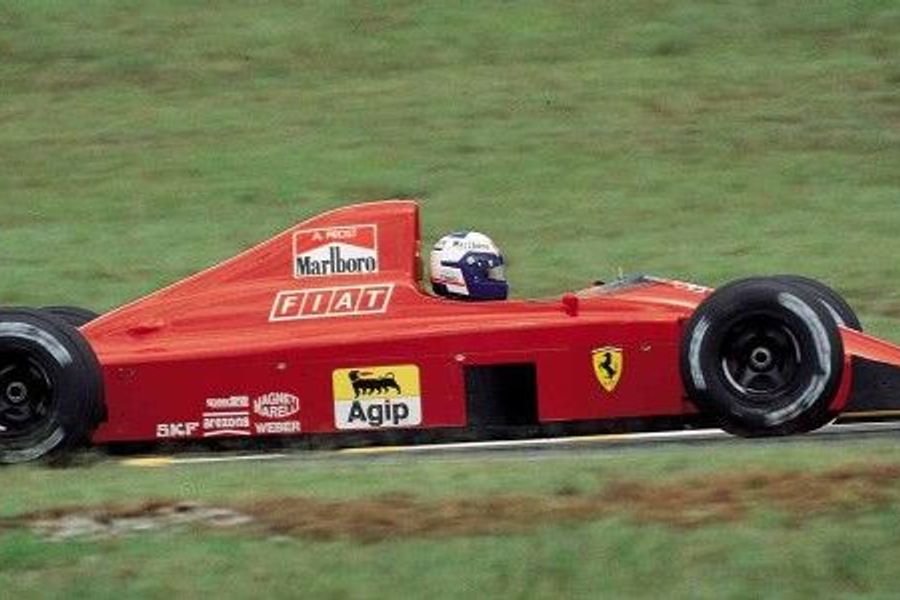 This coming weekend marks the 47th Brazilian Grand Prix, and the 37th Formula One race at the Interlagos circuit in Sao Paulo. To celebrate this event,  we take a look back at one of the many dramatic Brazilian Grand Prix to have been and gone over the years. Although there are countless races to choose from, the 1990 Brazilian Grand Prix is significant for many reasons, and Leanne Fahy tells us why:.

After an absence from Formula One for the best part of a decade, Interlagos returned to the World Championship calendar in 1990, albeit after some severe changes. In desperate need of some modifications, and after drivers had complained about the track surface, the Brazilian Grand Prix moved to the Jacarepaguá circuit in Rio De Janeiro from 1978. The plan was to alternate between the two circuits for the subsequent future, however with sections of the Jacarepaguá circuit beginning to sink, there was a rushed decision to reinstate Interlagos in 1980.

Unexpected to be hosting a Grand Prix so soon, the circuit was not quite up to standard, and following more concerns from drivers, Rio de Janeiro returned to the calendar for the foreseeable future in 1981. 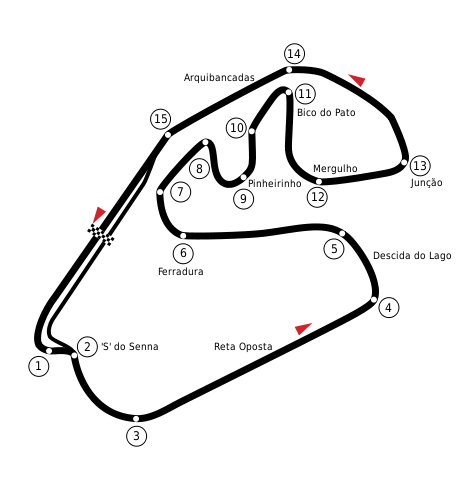 As 1990 came around, Interlagos was back. Although significantly shorter than its previous appearance, the circuit had lost some key features, including a number of the fast, sweeping corners and the Retao Straight. Despite drastic alterations, Interlagos has certainly stood the test of time. Having halved in length, the current layout sits at 3.5 kilometres.

The first race at Interlagos since local hero Ayrton Senna's eruption into Formula One was always going to have an enormous impact on the Brazilian Grand Prix, and 1990 did just that. For Alain Prost, the crowd were not so welcoming. Memories were still raw in the minds of fans after what some may say was a controversial end to the 1989 season. With Senna disqualified, Prost was crowned 1989 World Champion, something the Brazilian fans were naturally not all that thrilled about.

Although it currently appears towards the end of the year, on 25th March 1990 Interlagos was the second race on the calendar. A new season saw many changes, one of which was the separation of the Senna-Prost partnership, as Prost left McLaren for Ferrari.

A Senna pole position ahead of the 1990 race created a dream scenario for the legions of fans surrounding the circuit. Starting from the very front of the grid for the 43rd time gave him the best start, immediately launching him into the lead as the race began.

Despite a flawless getaway at the front, the same could not be said for those further back. An unavoidable first corner tangle between Jean Alesi, Alessandro Nannini and Andrea De Cesaris left the latter in retirement, whilst the other two continued, albeit someway down the order.

As Senna disappeared, his McLaren team-mate, Gerhard Berger sat in second place, until the unmistakeable Williams of Thierry Boutsen appeared behind him. It didn't take Boutsen long to move ahead, a manoeuvre Prost emulated some nine laps later.

Lap 30 quickly became chaotic for Boutsen, as he dived into the pit lane. Negotiating failing brakes and a tricky bump in the pit lane meant he was unable to bring his Williams to a stop, crashing into the wheel and tyre equipment which was positioned outside the garage. With a new nosecone fitted, Boutsen rejoined the race, albeit down in 11th place.

By the 35th lap, Prost was now in front of Ricardo Patrese, Berger and Nelson Piquet and had climbed to within 10 seconds of Senna.

Aware that Prost was closing in, Senna was keen to make as much progress as possible. However, as he came to lap former team-mate Satoru Nakajima, contact between the two forced Senna to make an unexpected pit stop for a new nosecone. Swift work by the McLaren team saw Senna rejoin the race in rapid time, but reduced downforce made progress difficult.

Upon taking the lead in Senna's absence, Prost completed his 71st lap some 13 seconds ahead of Berger's McLaren MP4/5B to claim his 40th Formula One victory, sixth Brazilian Grand Prix win and his first for Ferrari. Berger led a McLaren one-two, with Senna recovering to third place.

Despite a lengthy pit stop earlier on, for new tyres and to inspect a broken roll bar, Nigel Mansell salvaged a fourth place finish, ahead of Boutsen and Piquet.