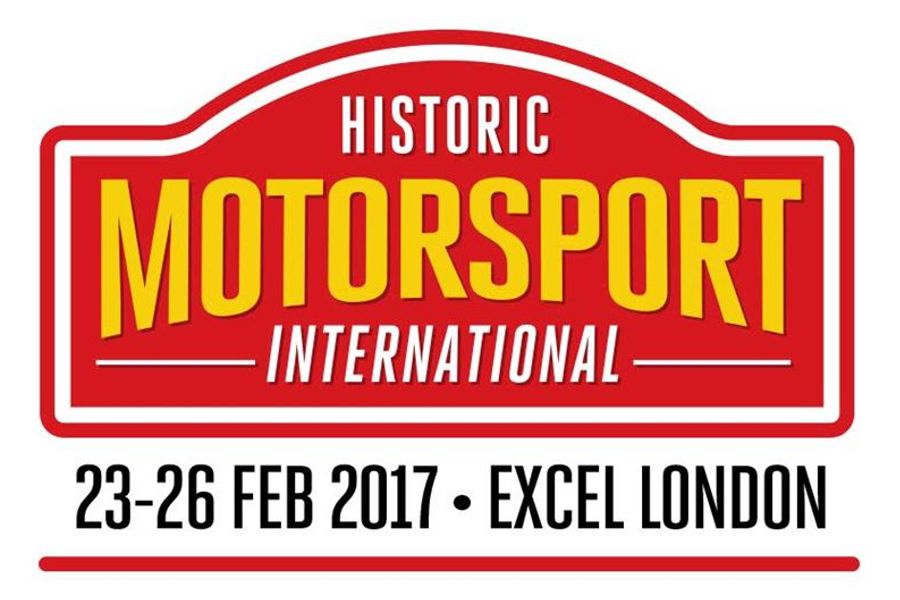 There is nothing understated about Fergus Campbell’s ambitions for the new Historic Motorsport International, scheduled for London’s ExCeL exhibition centre in February 2017.  “There are significant, high prestige events in Europe such as Techno Classica in Essen and Retromobile in Paris and we thought there should be something similar in London” he declares.
Campbell, the show’s Commercial Development Director, is undoubtedly setting the bar high but already has over forty prestigious exhibitors signed up from the worlds of engineering, car preparation, event organisers, race series as well as purveyors of historic competition cars.
The exhibition will also feature a daily programme of panel discussions, forums and interviews covering everything from the subtleties of scrutineering historic race cars to safety of competitors and the future direction of historic racing and rallying.
Clearly the market is yet to be clearly defined, with this being the first show of its kind, but Fergus Campbell explained that, in principle at least, Thursday and Friday will be aimed at existing competitors, car owners, preparers etc. whilst Saturday and Sunday will attract people from the London Classic Car Show running at ExCeL at the same time.
The two shows will run very much hand-in-hand but are in separate halls.  There is, however, a ‘one ticket for all’ admission which allows visitors to either show to visit the other.  This will give greater opportunity for visitors to enjoy what will be a significant event covering both classic cars and historic racing.  “It doesn’t matter which door you come in”, says Fergus, “you can visit either show at no extra cost”.
The reasoning behind the show is interesting.  The London Classic Car Show has only run twice so far, in 2015 and ’16, and has been increasingly well received amongst both specialists and casual visitors alike.  “We were surprised by the growing element about historic racing and rallying which was appearing at the London Classic Car Show and that prompted us to think seriously about Historic Motorsport International.”  Both shows have already expanded beyond their original space booked for 2017 and have now expanded to fill much more of the available space for the two shows.
Historic Motorsport International will run at London ExCeL from 23rd to 26th February 2016.  Keep coming back to HistoricRacingNews.com for some exciting special ticket offers before the end of December.  We will, of course, keep you up to date with the news as the February date gets nearer as well.
With a strong exhibitor list, enthusiastic support from the industry and some interesting seminars planned, Historic Motorsport International is looking vibrant even at this early stage.  Aiming high is always a good thing and Fergus Campbell have big plans for the future too.  Maybe Retromobile will start looking over its shoulder sooner rather than later!
Historic Motorsport International HMI Interview

Rev it UP! Historic Motorsport in Your Ears!