Video: Benn Tilley Takes his Lotus to Victory at Croft 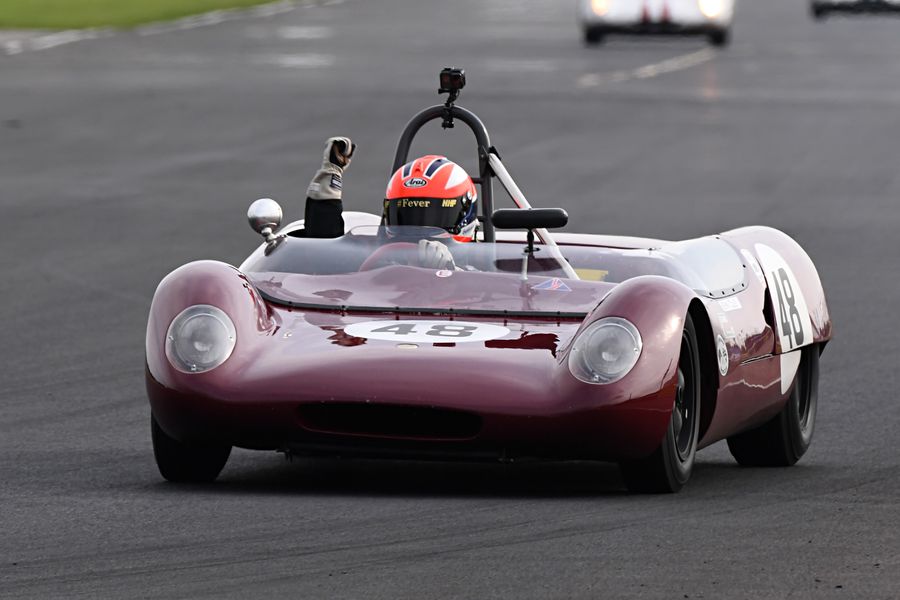 The Guards Trophy race at the Croft Retro and Classic Weekend last Sunday was won by Benn Tilley in his Lotus 23B, heading home the similar car of Peter de la Roche, the twists of the North Yorkshire circuit suiting the nimble Lotus. The pair were well clear of a field featuring much more powerful cars, and here Benn tells us about the race in his own words, and shares his in-car video to give a taste of the action:

“Last weekend I took part in the Croft Retro and Classic race weekend which is always a brilliant meeting. Qualifying started off damp but it was drying up so it was a game of finding the grip as it seemed to change every lap. I managed to qualify second overall and first in class, only 0.085 off the fastest overall!

“I didn’t get the best start to the race and dropped to fifth place but managed to pick my way back up to second overall. I made a really good pit stop and came out the pits having gained a few seconds, and as the previous leader had dropped back I was now leading the race.

"I just kept my head down and kept plugging away with consistent lap times for the last half of the 40-minute race. I went over the finish line first overall and first in class which I couldn’t quite believe!

"The plucky little Lotus 23 sports car with an engine three times smaller than a few of the other cars never missed a beat and was/is awesome to drive! A massive thank you to everyone that made it possible!”