The Strange Tale of the Real Replica 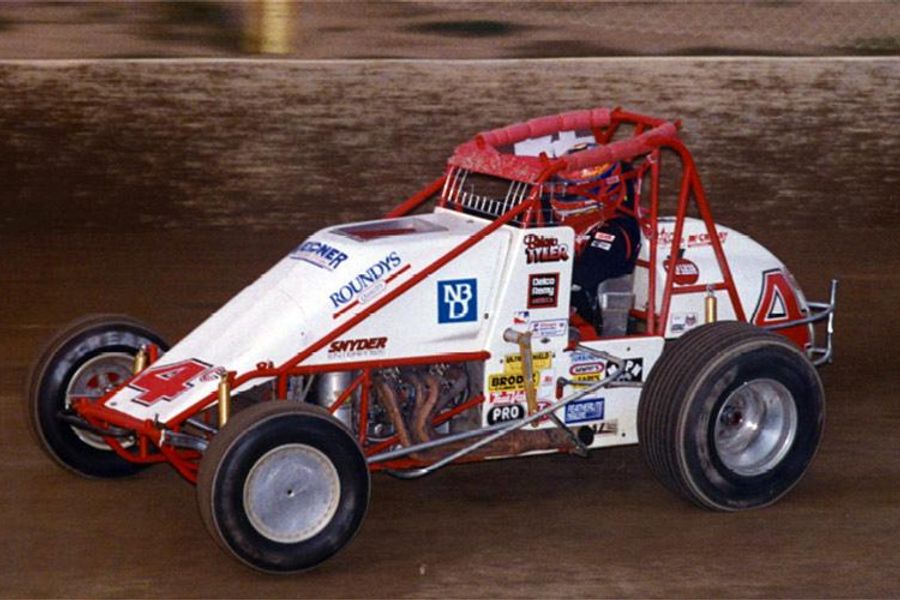 Flying high and hanging from the rafters of the Motorsports Hall of Fame of America (MSHFA) and Museum is one of the most original non-wing sprint cars still in existence, and there's a funny story why.

In 1995, Michigan native Brian Tyler had a one-off run in a Sprint Car car featured on ESPN's Thursday Night Thunder. He won, and in so doing landed a full-time seat he took straight to the 1996 and 1997 USAC National Sprint Car Championship titles. 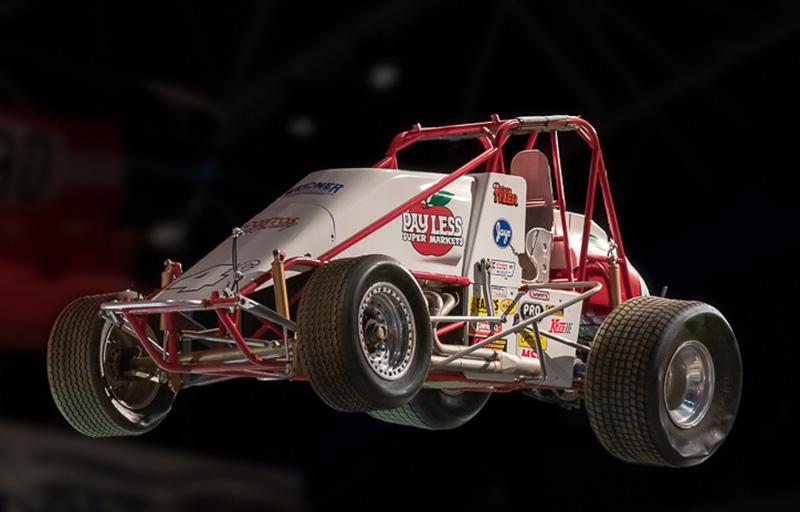 Tyler's Larry Contos Racing championship-winning machine featured a fuel-injected aluminum-block Chevy engine in a J&J chassis. Like most sprint cars, it has no gearbox and no right-front brake but plenty of go at 775 - 800 horsepower.

The back-to-back USAC titles in the sprinter, and 2006 and 2012 Little 500 victories in other cars, are among Tyler's career highlights. Going strong as an active driver at 52, Tyler still competes in the Little 500, USAC events and has trekked to South Africa to race in the month of March each of the last five years.

He drives the well-known Galas Motorsports No. 12 USAC Silver Crown cars and more recently is a regular on the NASA and historic scene racing and continuing the development of the aerodynamic Silver Crown "speedway" car project that was shelved more than a dozen years ago.

Tyler's double title-winning No. 4 Sprint Car was donated to the Motorsports Hall of Fame of America years ago by Hector Belliveau with the understanding it was a replica.

Recently, the MSHFA called Tyler and asked him about the car hanging in the ceiling of the Museum.

"Someone built a replica of my car?" he asked, incredulous.

We explained who donated it and Tyler made us equally incredulous when he said, "No, that's the real car. I know because I built it."

What happened was that the roll cage was crunched in an accident shortly after Tyler's second championship and the car was retired. Belliveau came along and said he wanted to acquire all the pieces off the car so that he could build a perfect replica. He purchased the parts and put them in storage.

Years later, Tyler bumped into him and asked if he'd built the replica. No, said Belliveau, he never got around to it. "Well, what do you intend to do with it?" Tyler asked. When Belliveau told him it would be for static display only, a light went on.

Tyler still had the original chassis, he explained, and he could straighten it and put all the original parts back on. It wouldn't be safe for racing, because of the stresses of unbending the cage, but it'd be absolutely original.

And that's how the Motorsports Hall of Fame of America and Museum ended up with this wonderful example of turn-of-the-millennium racing history.

Podcast Special: Fakes, Replicas and Tributes, Can You Believe Your Eyes?