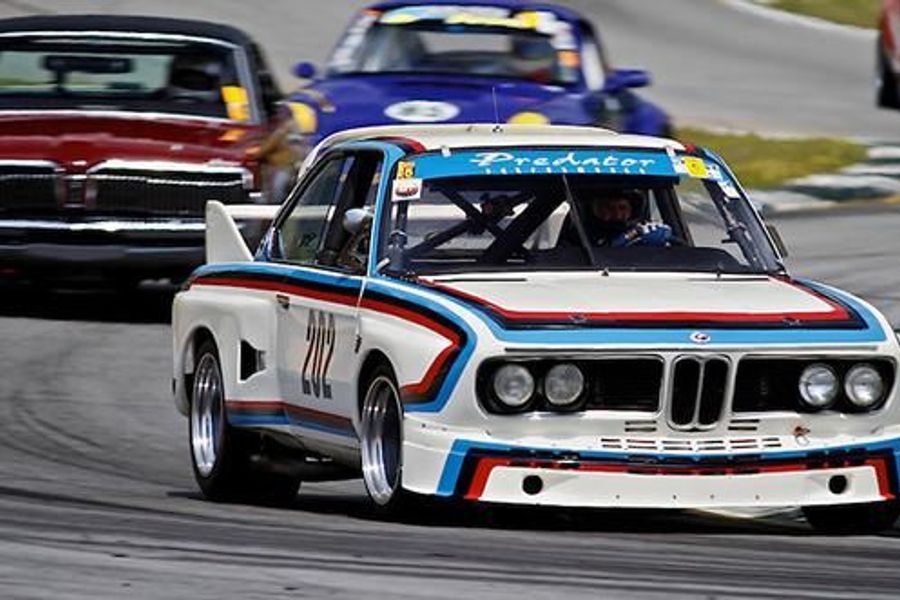 US-based Historic Sportscar Racing (HSR) will once again finish its annual racing season with the familiar four-race stretch of races in the final months of 2016 at Road Atlanta, Savannah, Daytona International Speedway and Sebring International Raceway, and it all begins just under a month from now.
The Atlanta Fall Historics kicks things off at Road Atlanta, September 15th to the 18th, to launch a four-race schedule that includes some of HSR's most popular events and venues that are favorites of both race fans and competitors. The Road Atlanta event is followed by the Savannah Speed Classic presented by Mingledorff's on the Grand Prize Circuit on Hutchinson, Island, October 27th to the 30th.
The Daytona Historics returns to the road course at Daytona International Speedway (DIS), November 10th to the 13th, before HSR's season-finale event at Sebring International Raceway, December 1st to the 4th, which will host both the inaugural Classic 12 Hours of Sebring, Pistons and Props, and the traditional Sebring Historics.
All four events will include points-paying races in HSR's new Global GT and Classic RS Cup racing series that made successful debuts on Memorial Day Weekend in the WISKO Grand Prix at VIRginia International Raceway. Global GT features modern GT-spec race cars from the last 10 to 15 years that are a few seasons removed from their competitive prime in professional racing series. Jonathon Ziegelman swept both rounds of the series-launching Global GT doubleheader at VIR in his 2008 No. 911 Porsche 997 GT3 prepared by KMW Motorsports, and returns at Road Atlanta leading the series points race.
The Classic RS Cup is a throwback to the golden era of the original International Race of Champions (IROC) Porsche racing series from 1974 and is also home to other classic 911-based Porsches from that era.
Mike Banz, driving his 1974 No. 13 Porsche 911 RSR, and Todd Treffert, at the wheel of his 1974 No. 141 Porsche 911 IROC, split the wins in the RS Cup doubleheader at VIR. Banz leads the RS Cup standings over Treffert by just two points, 48 - 46, heading to Road Atlanta.
All four race weekends will also be the deciding events in the season-long championships for the WeatherTech Sprint, B.R.M. Chronographes Endurance Challenge and Bob Woodman Tire International/American Challenge series.
Atlanta Fall Historics - Road Atlanta, Braselton, Georgia, September 15th to 18th
Always a welcome return to the track after a few months off in the summer, the Atlanta Fall Historics is the race each season that sees competitor battles renewed and off-track camaraderie rekindled. A Friday night reception and barbecue at the amazing Lucky Dog Garage, an automotive and motorsports showplace just across the street from Road Atlanta that is owned by HSR competitor Jerry Peters, is open to all registered competitors and the media.
Savannah Speed Classic presented by Mingledorff's - Grand Prize Circuit on Hutchinson, Island, Savannah, Georgia, October 27th to 30th
Off-track improvements to give competitors and media a better at-event experience are the big news for this year's Savannah Speed Classic. Working closely with event organisers and local officials, HSR has arranged for the return of access to the tunnel that leads into the paddock. One-way access going in will be from 9 - 11:50 a.m. each day with exit-only access from 12:50 - 5:15 p.m.
The off-track schedule features the Thursday Pace Lap Party, the annual race car parade to historic downtown Savannah with live music and food.
Daytona Historic Races - Daytona International Speedway, Daytona Beach, Florida, November 10th to 13th
After featuring the Classic 24 Hour at Daytona the last two years, the Daytona Historics returns to its traditional HSR championships format in 2016, but a few new twists have been added to the event. Twilight races as the sun goes down are scheduled for both the Vintage and Historic categories on Saturday.
The Vintage night race will see competitors share the track with cars and drivers from Masters Historic Racing, an international series that is racing with HSR for the first time at Daytona. Established in 2004 with its trademark Formula One Series, Masters Historic Racing is now the leading organiser and promoter of overseas historic motor racing. Based in the United Kingdom and North America with a dedicated team, Masters shares HSR's commitment of providing competitors with great racing at superb circuits with a wonderful atmosphere, excellent hospitality and camaraderie off-track.
Classic 12 Hours of Sebring, Pistons and Props, and Sebring Historics - Sebring International Raceway, December 1st to 4th
While it is an "off year" for the Classic 24 Hour at Daytona, HSR continues its tradition of honouring America's great endurance races with the inaugural Classic 12 Hours of Sebring, Pistons and Props, at Sebring International Raceway. Sponsored by the Alan Jay Automotive Network and presented by Classic Motorsports Magazine, the Classic 12 Hours features not only the famed race cars that have competed at Sebring over the years but also the classic military aircraft that first put Sebring on the map at historic Hendricks field.
Sebring's lasting connection between historic race cars and aviation will come to life again with sports cars and classic airplanes parked next to each other on the facility's hallowed ground. Still in part an active airport, the Classic 12 Hour, Pistons and Props, will see vintage aircraft flyover and land on one of the Sebring runways and taxi into the paddock to be displayed right alongside the historic race cars. A group of race car drivers will be asked to judge the planes for "best in show" honour and much more.
Classic 12 Hours of Sebring Sebring International Raceway Savannah Speed Classic Atlanta Fall Historics Pistons and Props Historic Sportscar Racing Daytona International Speedway HSR Daytona Historics Road Atlanta Savannah