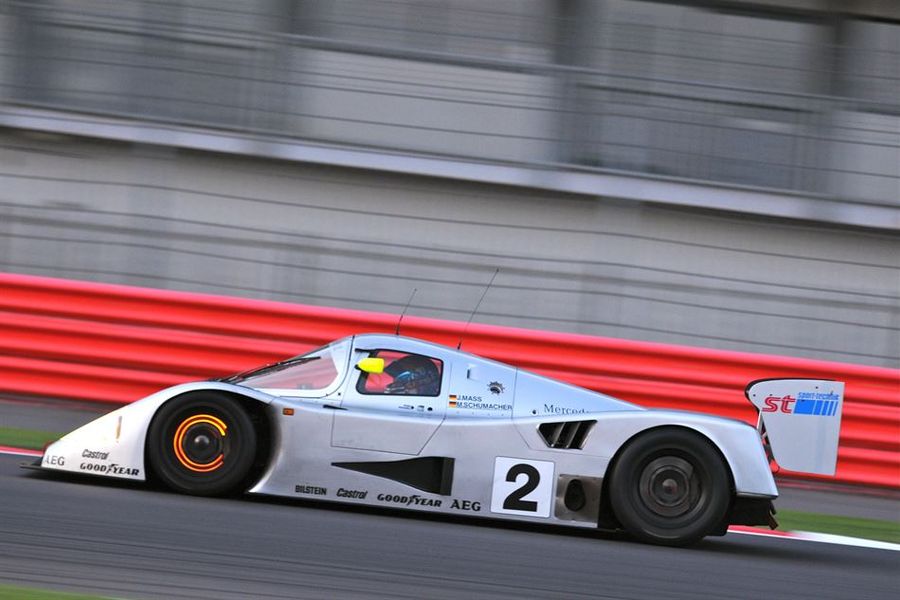 Two of the leading names in the global classic car world are joining forces to provide visitors with a very special showcase at next month’s Autosport International show at the NEC, Birmingham (8 - 11 January 2015).

Kicking off its Silver Jubilee celebrations, the Silverstone Classic is teaming up with Classic & Sports Car magazine to create a huge display. This will not only feature a collection of truly iconic racing and road cars from previous eras, but also representation from all the top series organisers responsible for ensuring the UK’s revered position right at the forefront of the thriving historic motor sport movement.

The set piece will put the spotlight on many of the stunning grids that have established the Silverstone Classic as the World’s Biggest Classic Motor Racing Festival as well as a number of the renowned supercars that are regularly acclaimed in the pages of the world’s best selling classic car magazine.

The dazzling 1990 ‘Silver Arrows’ Mercedes C11 sports prototype will take pole position among the eight competition cars gathered to mark the Classic’s 25th anniversary. Raced in period by the great Michael Schumacher, the fearsome twin-turbo Group C machine is always a real crowd-pleaser at Silverstone and, aptly, has been selected to symbolise the Silver Jubilee event.

Emphasising the unrivalled diversity of historic motor sport competing on the hallowed British Grand Prix circuit at the Classic, the other track cars on show range from a revered Jaguar D-type from the Fifties to more recent pin-ups such as the ex-James Thompson Honda Accord from the much-admired Super Touring generation which was a born-again winner in James Dodd’s hands at last summer’s event plus one of the amazing Lister Storm that took part in July’s dramatic 90s GT Legends demonstrations.

Stellar grids of Grand Prix cars from evocative golden eras are also among the regular crowd favourites and the special display in Birmingham will include both an eye-catching JPS Lotus 87 once raced by local hero Nigel Mansell and one of the very first rear-engined Cooper F1 creations from 1960. Two other wonderful powerhouses also from the Sixties will complete the outstanding line-up: a fabulous Lola T70 Spyder and a mighty 6.6-litre Corvette Stingray.

“What better way to kick off what’s going to be an amazing 25th anniversary year for the Silverstone Classic than with this magnificent show stopping display?” said Event Director, Nick Wigley. “We have already confirmed that Status Quo will be topping the live music line-up on Saturday evening and we have lots more exciting announcements to make in the coming months. Over the past 25 years the Silverstone Classic has flourished into the World’s Biggest Classic Motor Racing Festival and even by its own pace-setting standards, 2015 is going to be very, very special.”