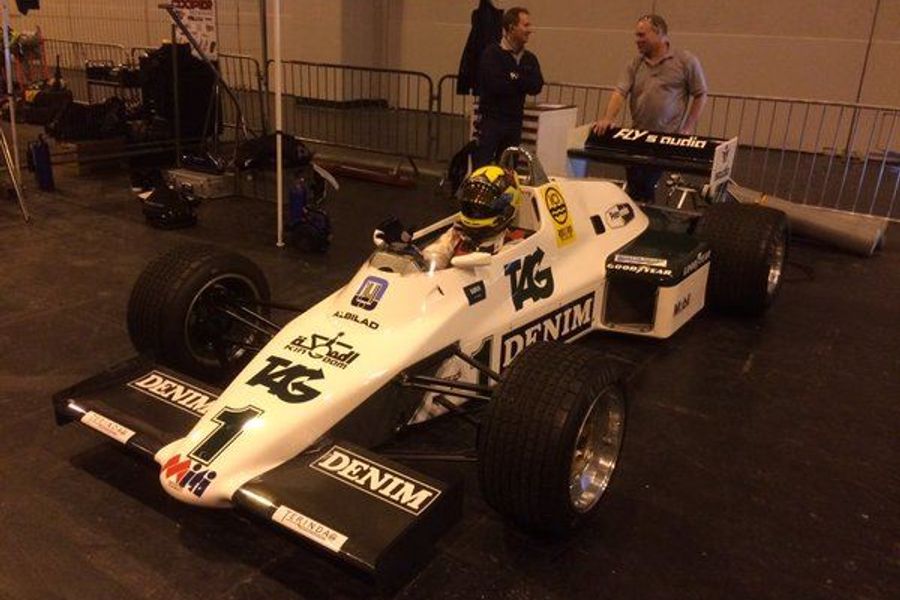 Click on the Video tab above to go in-car with Nick Yelloly and the Williams FW08C!
A highlight of the Live Action arena at the recent Autosport International show were the demonstration runs of the Williams FW08C Formula One car. The actual chassis used by Keke Rosberg to win the Monaco GP in 1983, the car was joyously slid around by leading single-seater racer Nick Yelloly in the opening days of the event, his seat only taken by Felipe Massa on the final day of the show.
We had the opportunity to ask Nick how his drive came about and what it was like to be let loose in a Formula One car of that vintage.
“I know Jonathan Williams quite well and the first time I was asked to drive the FW08C was at a demo of theirs at Silverstone in 2013, and that was actually my first Formula One drive of any kind. I then got a call the week or two before this year’s Autosport International show, they knew I was local and not many of their other drivers had driven it before.
“Felipe Massa was due to drive it on Sunday so they asked me to do the runs from the Wednesday until then. It’s a very historic car and I was pretty much allowed to do anything with the car other than crash it!
“Having driven it before I knew what it could do and I knew what I can do so it was just a case of showing the crowd what an F1 car could do. The arena a was very slippery but I could throw the car round and have it sideways for the spectators. I only had the car in first gear but the engine really revs and it was easy to light the tyres up and throw it round, all the weight is at the rear of the car so you get understeer then turn the car on the throttle and drift it.
“I was able to get it pretty much right from my very first run, and I was working with Dickie Stanford who now works on the historic cars at Williams but was with the F1 team for many years, and that was a great experience. The first time I drove the car I said it was one of the coolest cars I had veer been in, and even compared to the current day cars you can really focus on the driving aspect of what you do.
“I’ve driven a modern Formula One car and done GP2 but I think I’d have loved to have raced this generation of cars. It would have been really hard work, you are physically having to change gear on an H-pattern gearbox and almost having to wrestle it round some corners would have been difficult.
“The drivers were all very brave, it really is just an aluminium shell with a bit of light bodywork over the top, and your fault are hanging out in ahead of the front axle – they were all way braver than we are these days! It is such a pure racecar, I can imagine racing it and would love to have the chance to have had a go in a race.”
Last season Nick contested a part season in the competitive GP2 series, as well as test and simulator duties for the Force India Formula One team. He is looking to contest GP2 again this year, as well as continue his Force India role.
Video Nick Yelloly Autosport International show Keke Rosberg Monaco GP Williams FW08C