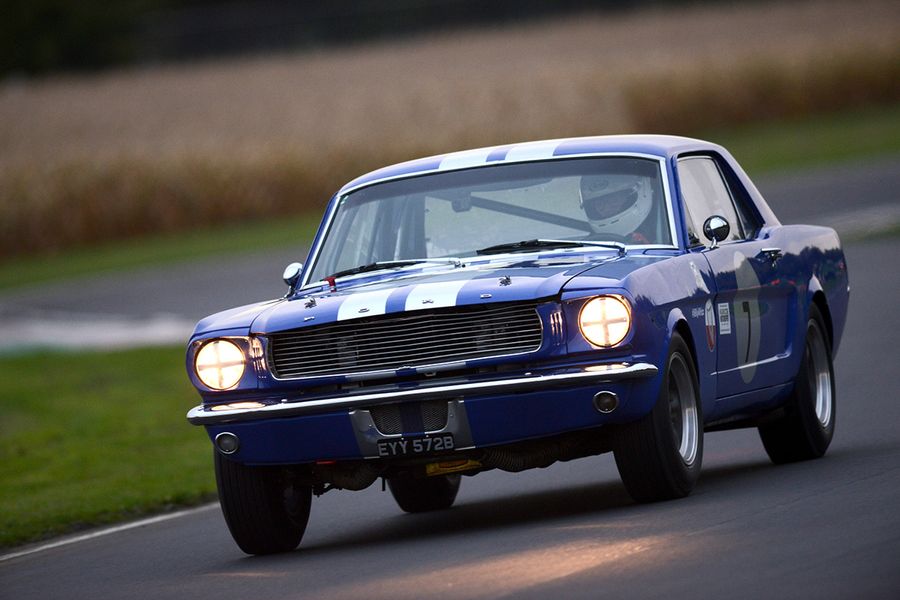 One of the highlights of this year’s step-back-in-time for the thousands of classic car fans that made the annual pilgrimage was the Dream Garage paddock in the middle of the venue’s display area. This time celebrating Le Mans winners, the area was dominated by ex-competition Ford GT40s that were there to commemorate the car’s outright win at Circuit de la Sarthe back in 1968.

The GT40s were in great company, too – namely Mark Finburgh’s Porsche 917 – a machine that dominated in several endurance races across the globe in the early ‘70s before going on to star in Steve McQueen’s Le Mans Hollywood blockbuster.

Aside from the endless stream of races that took place on the circuit, the track action also included an extremely memorable parade demonstration at lunchtime, including the aforementioned GT40s as well as machines like Nick Mason’s Ferrari 365 GTB/4 Daytona Competizione. 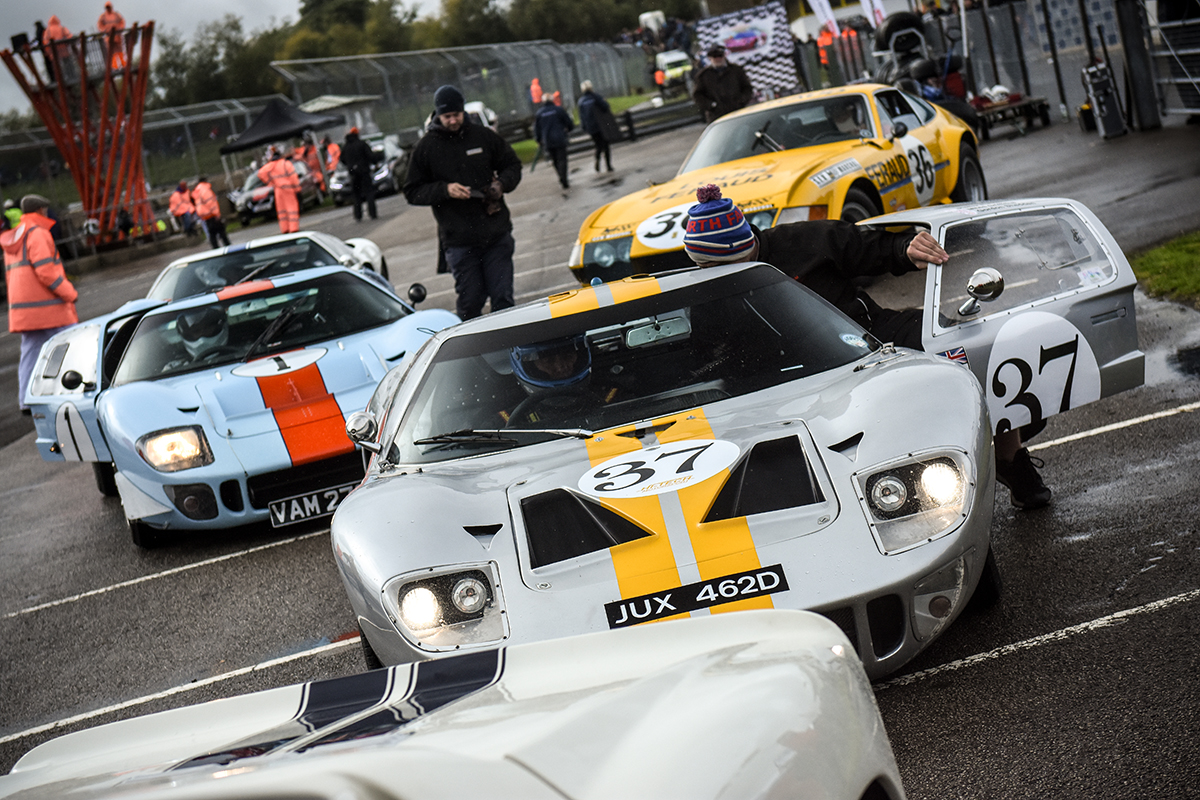 With many show-goers dusting off their period clothing to add to the atmosphere, as well as local swing outfit the BJ Big Band providing the live tunes, the circuit’s display areas were a great place to revel in the golden era of motoring as the day went on. As always, hundreds of club cars could be seen in all their glory, with judges eventually dishing out several trophies to some well-deserved winners.

2018 acted as a particularly poignant year for the Autumn Classic as it was chosen as the backdrop for the unveiling of an all-new memorial stone to commemorate the Wiltshire circuit’s extremely important past life. With the help of Airfields of Britain Conservation Trust, circuit Managing Director Graham Marshallsay unveiled the new memorial that pays tribute to RAF Castle Combe – an crucial training airfield during World War Two whose perimeter road formed the bases of the popular race circuit.

Squire had been only fifth in a rain-hit qualifying, beaten by a quartet of Austin Mini Cooper Ss led by Steve Maxted. However, with the Wiltshire track drying out as the day went on, the pendulum swung back in the favour of the more powerful Mustang, with Squire never threatened en-route to the top step of the podium.

He was presented with the Terry Sanger Memorial Trophy by the West Country racer’s widow, Diana.

“I was facing a large gaggle of Minis, but fortunately the weather changed, which made all the difference. I was also scared of Julian overtaking me [at the start] and thought I had to get this off the line and somehow it worked and that was that I guess!” said Squire.

“It’s been absolutely brilliant. It is a shame the weather wasn’t a little bit better, but we can’t complain. It’s been a fantastic day.”

Meanwhile, pole man Maxted had to settle for the final spot on the rostrum, while Westbury On Trym’s Chris Clarkson was the top local racer in P5, one spot up on fellow Bristolian Nick Stagg, with Brent Knoll’s Tom Jones eighth and Frampton Cotterell’s George Douglas 12th.

In the Vintage Sports-Car Club’s (VSCC) Formula Vintage race, opening competitive action of the meeting that took place in very wet conditions, eventual winner Mark Gillies enjoyed a great scrap with Tom Waterfield, before eventually finishing 6.3secs ahead in his Aston Martin. Christopher Mann was third, more than 45secs back.

“It was good fun,” said Gillies. “The conditions were changing every lap and you just had to drive by feel. The Aston is not as quick off the corners as the [Frazer] Nash, but it is magic through the corners. I always think that old age and experience can sometimes beat youth and speed, but I got lucky as he had problems. It was a good race and these sports cars are really terrific to drive.”

“We were having a great race to start with,” added Waterfield. “But the engine went flat and wouldn’t rev. It then cleared and I caught back up but it went dead again and I just thought I’d try and hold onto the position. I had a fantastic race and really enjoyed myself.”

Of the rest, John Young beat Julian Thomas to take the Norman Dewis Trophy for Pre 66 Jaguars, while Bruce Montgomery swept to a lights-to-flag victory in the Phil Broster Memorial Race for Healeys - 4.5secs up on Oliver Chatham – and Richard Bradley was another to make the most of pole position to win the FJHRA/HSCC Silverline Historic Formula Junior Championship race in his Brabham BT2 1100, despite slipping to second on the opening lap.

As for the GT and Sports Car Cup – the hour-long penultimate race of the meeting which twice saw the deployment of the safety car – Gary Pearson emerged victorious in his Jaguar E-Type, 11.2secs up on Mark Williams’ AC Cobra 289. Martin Hunt and Patrick Blakeney-Edwards completed the podium.